Is the Environmental Protection Agency (EPA) trying to regulate one of America’s favorite backyard pastimes? 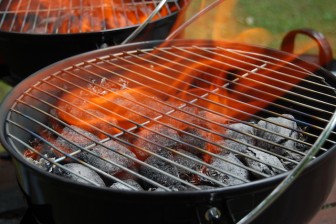 Here’s what happened.  EPA awarded students at University of California Riverside $15,000 to study ways to reduce barbecue emissions. The award was given as a prize in a pollution prevention contest.

The students’ goal was to develop technology that reduces air pollution and health hazards related to grills. This could have global applications, says the proposal.

In Michigan, Casperson and Pavlov sponsored a resolution opposing the EPA-funded student project. The resolution’s purpose is to send a message and allow people to weigh in on the issue, Casperson said.

The Senate Natural Resource Committee reported it out of committee on Sept. 24th. A similar resolution went to the Michigan House on Sept. 29th and was then referred to the House Natural Resource Committee for consideration.  The committee has not decided on when it will review the resolution, but it won’t be for at least several weeks, according to the office of Rep. Andrea LaFontaine, R-Columbus Township, the chair of the committee.

Casperson and Pavlov see the project as the first step toward regulating a cherished American pastime and as a waste of taxpayer dollars. The federal government should be using resources on more pressing issues, such as the annual budget deficit, the resolution says.

“The fact that [the EPA] would look into it or spend a dime on studying the barbecues makes no sense to me,” Casperson said. “Why would the federal government get involved with something like that?”

While barbecues are not the biggest issue in the world, this instance highlights a pattern of EPA overreach including the regulation of wood boilers, he said.

Pavlov did not respond to multiple requests for comment, but in a prepared statement, he said that the resolutions make it clear that people are sick and tired of government agencies wasting taxpayer dollars on “nonsense.”

Some federal lawmakers have denounced the grant. Sen. John McCain, R-Arizona, included it in his America’s Most Wasted report.  Sen. Rob Portman, R-Ohio, highlighted it in his Your Tax Dollars…Down the Drain series. State Rep. Richard Hudson, R-North Carolina, also attached an amendment to a recent appropriations act, that would prohibit the use of EPA funds to regulate barbecues.

Resolutions have no legal impact. If the Michigan House approves this one, it will be sent to the administrator of the EPA.