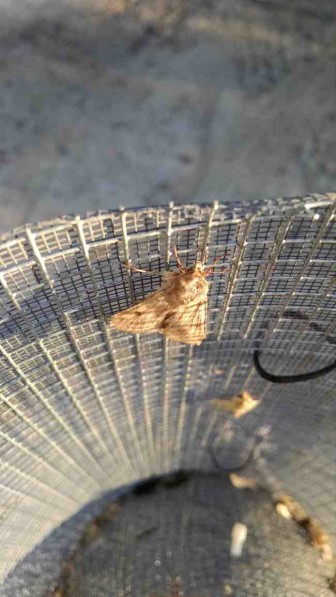 Bats get a bad rap, but a recent Illinois study proves that they’re hard workers, and that the work they do is worth more than $1 billion to farmers.

The study shows that bats play a vital role in keeping in check corn earworm moths and larvae that destroy corn, cotton, tomato and other important crops.

The authors hope the study leads to reduced use of pesticides that harm the environment and human health.

“Bats may also reduce use of insecticides by suppressing pest populations below the threshold where insecticides are necessary,” said Josiah Maine, a graduate student at Southern Illinois University at Carbondale and co-author of the study published in the Proceedings of the National Academy Sciences.

And there are other bat benefits for farms, experts say.

“By reducing populations of crop pests, bats also reduce growth of pest-associated fungus on corn and the toxic compounds produced by the fungus,” Maine said.

It’s no news to farmers that bats are important pest regulators for their crops. But without knowing just how much bats contribute, it’s hard for farmers to confidently decide to reduce their pesticide use, said Christie Bahlai, a research associate at Michigan State University’s Department of Entomology.

“Farmers are stewards of their lands and know better than anyone that many pesticides can be dangerous and cause adverse effects,” said Bahlai. “They don’t always know if the natural enemies will be sufficient to keep pest populations in check.”

But identifying the species that bats target and how many pests bats eliminate helps researchers work with farmers to balance optimal crop yield and ecological integrity.

For instance, Maine’s study found 59 percent more corn earworm larvae on corn protected from bats compared to the unprotected control areas. That number could help a researcher like Bahlai determine the minimum amount of pesticide that needs to be used on a field where bats feast.

In a previous project, Bahlai helped farmers manage sprays for the soybean aphid by developing a “dynamic action threshold.” The threshold factored in how many “natural enemies”–like bats, beneficial insects and birds–were in the farmers’ fields to determine when the infestation was bad enough to begin using more pesticides. Her work lowered the application of pesticides on Ontario soybean fields by two-thirds.

It’s studies like Maine’s and collaborations with researchers like Bahlai that lead to changes in how farmers farm.

“Changing practices can be difficult and expensive, and sometimes people don’t know where to start,” said Bahlai.

Agricultural extension educators are a great help, she said. “They’re trained to provide information and support to help farms make transitions to the best possible practices.”

And a number like $1 billion in savings perks up the ears of policy makers, landowners and others with a financial interest in farming, helping them understand the value of bats’ conservation.