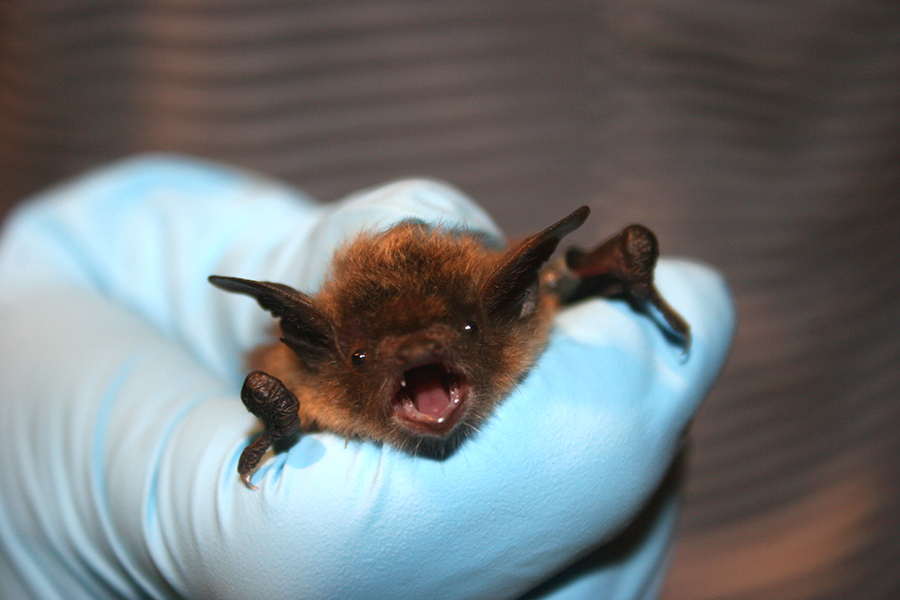 The April 1 decision contradicts the agency’s 2013 recommendation to list the bat as endangered under the Endangered Species Act.

The threatened listing allows the Fish and Wildlife agency, which has federal jurisdiction over protected species, to write special rules that exempt certain activities such as logging or fracking in the bats’ native habitat.

Echo reported on the enviro-industry debate in November, after federal pushback of the final listing decision.

In January more than 80 bat scientists sent a letter to the Fish and Wildlife Service and Department of the Interior demanding a federal endangered listing of the northern long-eared bat.

Long-eared bats’ numbers have dropped in the Midwest and have been almost completely wiped out in the Northeast, due primarily to the European White-nose fungus.

Debate surged after the initial Fish and Wildlife recommendation for endangered status suggested that logging activity be restricted April through October.

Recommendations for the endangered status, including the October 2013 recommendation, are based on the best scientific and commercial information available to the agency.

In November, Rob Mies, director of the Organization for Bat Conservation, said that an endangered listing is a decision backed by science — not by economics or politics.

But with no reported change in bat numbers, the Fish and Wildlife agency determined the northern long-ear to better meet the criteria of a threatened, rather than endangered status.

One thought on “Feds push long-eared bat to threatened status”