Updated twice daily, CoastWatch posts images from a satellite instrument aboard the Terra and Aqua satellites.

These daily images include regional views of the Great Lakes, as well as high-resolution images of each lake.

But day-to-night temperatures and wind, or lack of wind, will determine whether or not the lakes’ future is frozen.

“Wind generated waves can break up the ice and scatter it, moving the ice from day to day,” said George Leshkevich, a research scientist at the Great Lakes Environmental Research Laboratory.

Forecasts are measured and modeled by Great Lakes Environmental Research staff and contribute to climate research, including the relationships between water levels, movement and temperature.

A 60-day ­­­ice animation models the percent of ice covering the lakes from Dec. 28 to current coverage. 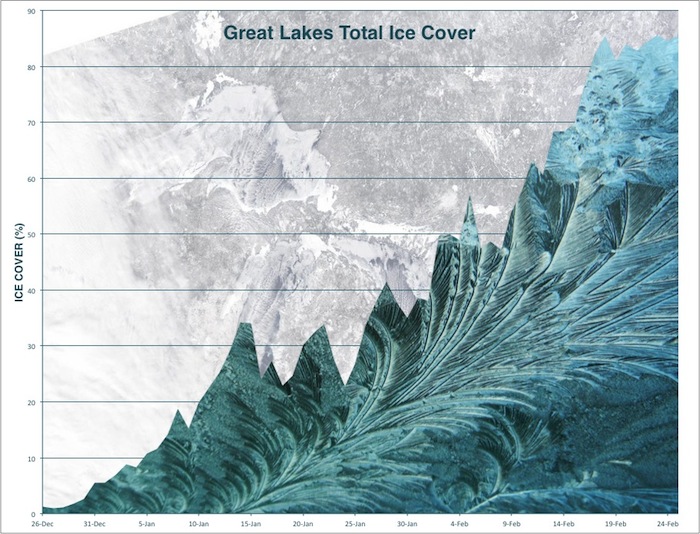 And while ice coverage is variable even over the course of one day, CoastWatch recently added an annual comparison to graphically display year-to-year trends.

“The past two years have been severe, almost record breaking. We have more ice cover now than we did the same time last year,” said Leshkevich, who’s noticed greater fluctuations in the ice cover since 1998.