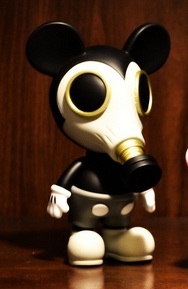 In “Canvas Detroit,” Nichole Christian and Julie Pincus profile the Motor City’s brightest and most diverse of up and coming street artists. From murals on boulevards to grass sculptures, their work can actively improve the urban environment and shine a light on previously ignored and abandoned cityscapes.

Detroit is a city that needs “problem solving,” Christian says, and art won’t solve it all. But the city is fostering a wickedly creative atmosphere that is ripe for revitalization.

­Christian recently explained to Great Lakes Echo the importance of street art and how it can revitalize a city.

GLE: The artists you’ve profiled in Canvas Detroit improve their city in so many ways, through beautifying an area or filling an empty space. What did you find when you looked at this relationship between art and conservation of the urban environment?

NC: At a base level, a lot of these artists are drawing attention to spaces that have been abandoned. Some of their art has been wiped away, but the attention is still drawn to the space. It benefits these spaces and attracts the people who may want to invest there. Detroit has gone through years of decline to such a large degree, and people have taken it for granted and forgotten how to look. Art may not add up to conservation in the strictest sense of the word, but by taking a look at these spaces, you rethink them- as well as the spaces beside them that have been abandoned and ignored. 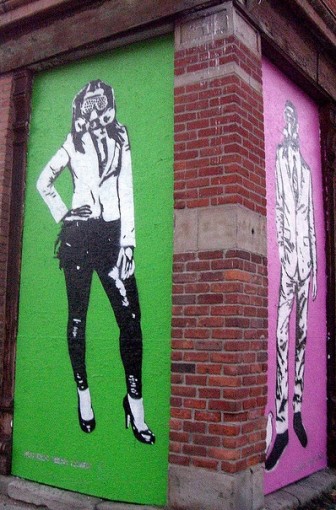 GLE: And there are artists in the book that have brought light directly to environmental issues like Ron English’s character Mousemask Murphy [who lives off air pollution] and Graem Whyte, who made garden sculpture that doubled as a rainwater management system. What is it about Detroit that attracted these types of artists?

NC: Detroit, right now, is a synonym for opportunity. Not opportunity for self-interest or people who want to come and do whatever they want; that’s a fallacy. But it’s a place for the power of collaboration. Artists have that possibility here to expand the whole notion of art and explore this idea of art as function, not just art as eye candy. I think a lot of artists in this book demonstrate that through their work. They enhance the environment, in the broadest sense of the word — not just trees and greenery.

GLE: As a Detroit native, can you describe what’s it like from a resident’s perspective to be surrounded by all this varied street art?

NC: Initially, there can be some resistance- there’s this idea of people parachuting into Detroit to save it. But making things is what we do, adding cultural value even amidst years of decline. There’s a creative gene that’s always been alive here. What Detroit does over and over is create things. It comes from being a place of people who know how to go to work and put their shoulders into what they’re doing.

GLE: How can an artist’s perspective relate to finding solutions for some of the problems facing Detroit?

NC: There are problems within the system that need big solutions, but if art does nothing else, it serves a real purpose in starting the conversation. And it brings creative minds to the table. A lot of artists in the book have taken it upon themselves to create the things that they want to see around them, and Detroit is a perfect environment for that. It’s not necessarily that they’re solving all of the city’s problems, but they add a creative urgency and a social urgency here that helps you expand the possibilities.