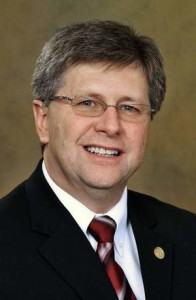 Information for all Michigan trails — including those on the water — would soon be available at the click of a button under legislation recently introduced by lawmakers.

That kind of accessibility is part of the Department of Natural Resource’s plan to attract tourists to Michigan’s trails by improving them and making them easier to find.

Lawmakers recently introduced a package of five bills that would label all state trails as Pure Michigan trails, use “trail towns” to connect trails between communities and make trail information available both on a computer and through an app.

The department worked closely with the Michigan Trails and Greenway Alliance to develop the plan and the legislation to implement it.

The legislation also includes a bill that would take the snowmobile specification out of the Michigan snowmobile and trails advisory council.

“We are trying to get away from the impression of putting one trail above the other,” said Rep. Tom Casperson, R-Escanaba who sponsored the bill. “All trails are important and should be looked at equally.”

The change is noncontroversial.

“The makeup of the council is still going to be the same and it will still be a committee that looks at trails in the state,” said Bill Manson, executive director of the Michigan Snowmobile Association. “We understand that other trail groups have had problems with the specification so we have no problem changing it.”

“Waterways should be recognized with activities like canoeing and kayaking,” Casperson said.

Michigan has some of the best statewide trail systems in the country, said Sen. Dave Hildenbrand, R-Lowell, a sponsor for one bill. “We wanted to enhance that by branding them with Pure Michigan.”

Michigan is the leading state in old railroad routes that have been converted into public trails, said Jim Radabaugh, state trails coordinator for the Department of Natural Resources. More than 2,700 miles of such rail trails have been created.

Many Michigan towns hope to take advantage of the increased tourism brought in by the trails.

“We promote Gaylord as an outdoors kind of town so we get a lot of hikers, bikers and snowmobilers that come through our trails year round so we definitely promote as much information as possible on Michigan trails,” said Pam Duczkowski, assistant director for the Gaylord Tourism Bureau. “We are all about anything that can help passing trail users take advantage of their time here.”

The North Central State Trail passes from Gaylord to Cheboygan to Mackinac Island and is the main focus of the Land Information Access Association, a land planning organization, in establishing trail towns.

“The more connectedness we can develop among trails the better,” said Matt Cowall, communications and development director for the association. “Both rural and urban communities can take advantage of the fact that trails run through their area. Communities can look at ways to better serve trail users and make sure they know where to get whatever they need as they pass through the communities.”

The trails plan requires the Department of Natural Resources to develop a way for trail users to easily locate trails with a smartphone app and an online presence.

“There is a lot of trail information out there that is very hard to find and hardly anything on the Pure Michigan website on trails,” said Nancy Krupiarz, executive director of the Michigan Trails and Greenways Alliance. “We need to have a central landing page whether it links out to individual efforts or has all the information on one page. This will help elevate for tourism in Michigan.”

A state trails plan completed last fall meets the needs of all trails rather than just rail trails, Krupiarz said.

“There are motorcycle trails which are unique and narrower and hiking, biking and horse trails which all have growing industries that can be further expanded,” said Sen. Tom Casperson, R-Escanaba, who sponsored the legislation. “There is a lot of interest in these trails outside the state.”

Officials thought it was important to incorporate trail standards that would apply to all trails rather than just rail trails.

“We have all the different types of trails so we thought we should have the best practices for development and a gold standard for each type of trail,” Krupiarz said.

Michigan is following states like Kentucky, Maryland and Pennsylvania that  have improved their trail programs to increase tourism, Krupiarz said.

The end game is being able to lay out what Michigan has to offer, where it is and how you do it for all to see, Casperson said.