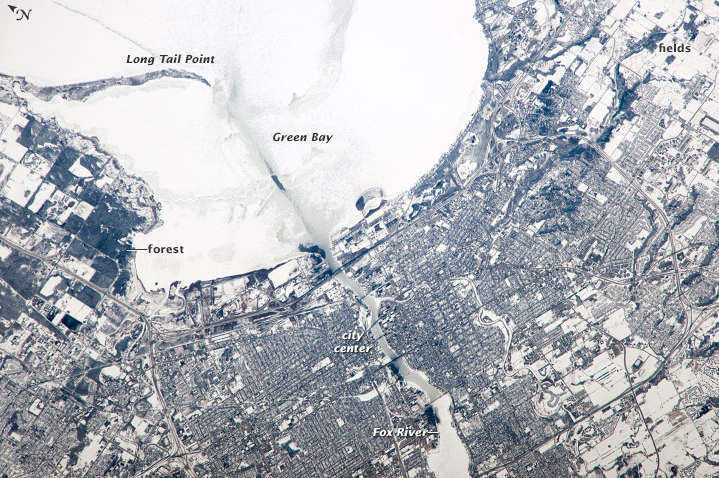 This photograph taken recently from the International Space Station shows the city of Green Bay, Wis.

Just north of the city is the ice-covered Green Bay off the west coast of Lake Michigan.

The landscape is covered in snow. Because the sun poorly illuminates the area, the entire scene is set in gray. Fields can be seen purely covered in white snow, and forests look dark. The city itself appears as a grid surrounding the Fox River, according to NASA’s Earth Observatory.

NASA reports that crews aboard the International Space Station rarely take photographs of such detail because of the difficulty of stabilizing such a long-range lens. In this case, the astronauts used a 1000 millimeter lens. A lens that offers a photograph similar to what is seen by the naked eye is generally considered to be about 50 millimeters.