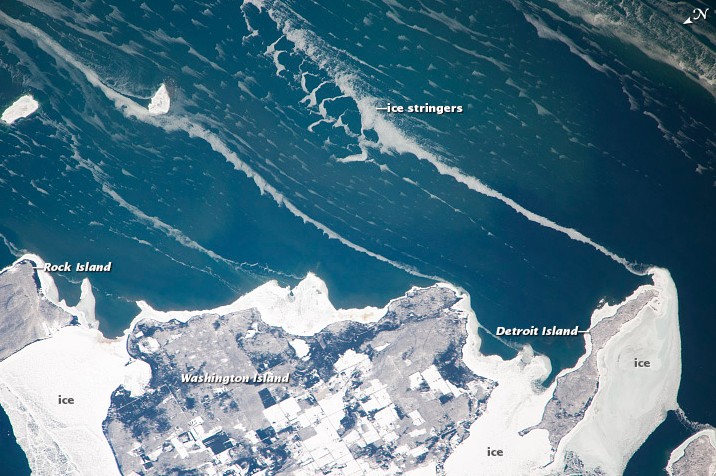 Ice stringers, the lines of ice that can be seen traveling out across these Lake Michigan waters, are formed when strong winds blow ice off a point of land and into a long, connected string.

This photograph produced by astronauts on the International Space Station shows Washington Island off the point of Wisconsin’s Door Peninsula and two smaller adjacent islands. They are joined by ice.

When this photo was taken on Feb. 22, strong southwesterly winds blew against their ice-covered shores, according to NASA’s Earth Observatory. The wind pushed ice out into the lake in long stringers.

The thickness of a stringer is contingent upon the length of coastline that is feeding it, according to NASA. Stringers to the left are thinner because they are fed by shorter coastline and less ice. Further to the right, the stringers are increasingly thicker because of the long coastline and larger points of land.

Washington Island is about 5.6 miles long.