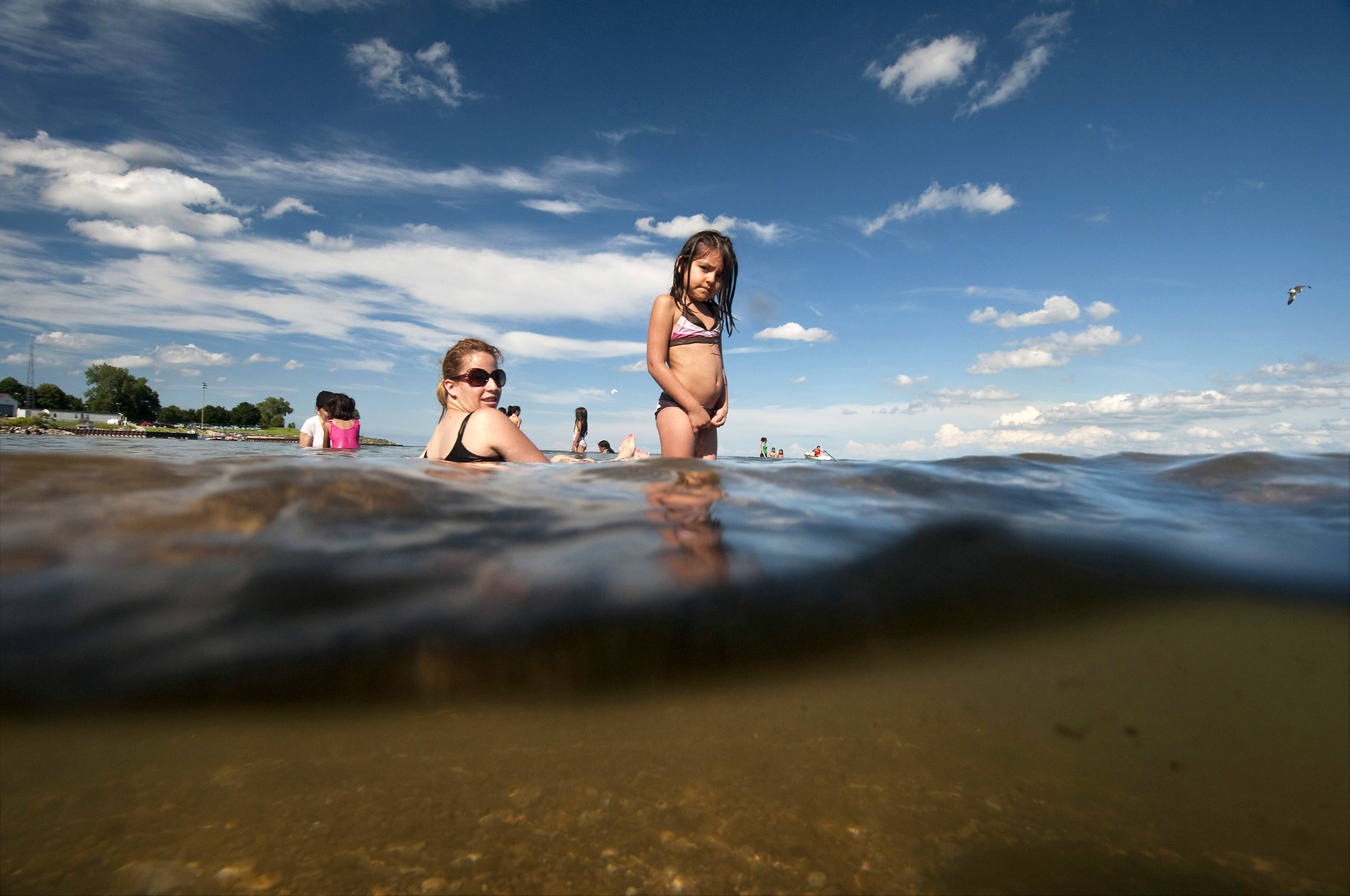 The sediment on the bottom of the Grand Calumet River in Northwest Indiana provides a toxic record of the region’s history going back more than a century.

It is full of chemicals, heavy metals and other contaminants from steel-making, oil refining, waste incineration, smelting and other heavy industry that laid the economic and social foundation of the area.

But federal and state officials are now in the midst of a multi-million dollar project to clean up the sediment and the river as a whole.

Since the 1972 Clean Water Act drastically reduced industrial discharges into waterways, once the legacy sediment is removed there will be relatively little industrial pollution in the future, said Scott Ireland, special assistant for the senior adviser to the administrator on the Great Lake for the  U.S. Environmental Protection Agency.

Dredging  started in 2009. About 750,000 cubic yards of sediment two to three feet deep have been removed along a 2.5 mile stretch of river.  The dredged area was then covered with a reactive barrier, composed of either organoclay mixed with sand or an activated carbon mat. These specialized materials help filter and contain toxic substances from the underlying sediments.

“Our capping and dredging will sequester or isolate contaminated sediments that have been there for almost 100 years, reducing the total amount of contaminants going into the Great Lakes,” said Jim Smith, a coordinator of the natural resources damages department for the Indiana Department of Environmental Management. “How much it will reduce it we really don’t know — there will be some interesting monitoring done over the next few years.”

Overflowing sewers that pour into the river and then Lake Michigan  contain E. coli bacteria and other germs as well as oil, grease and detritus picked up by storm water running off industrial 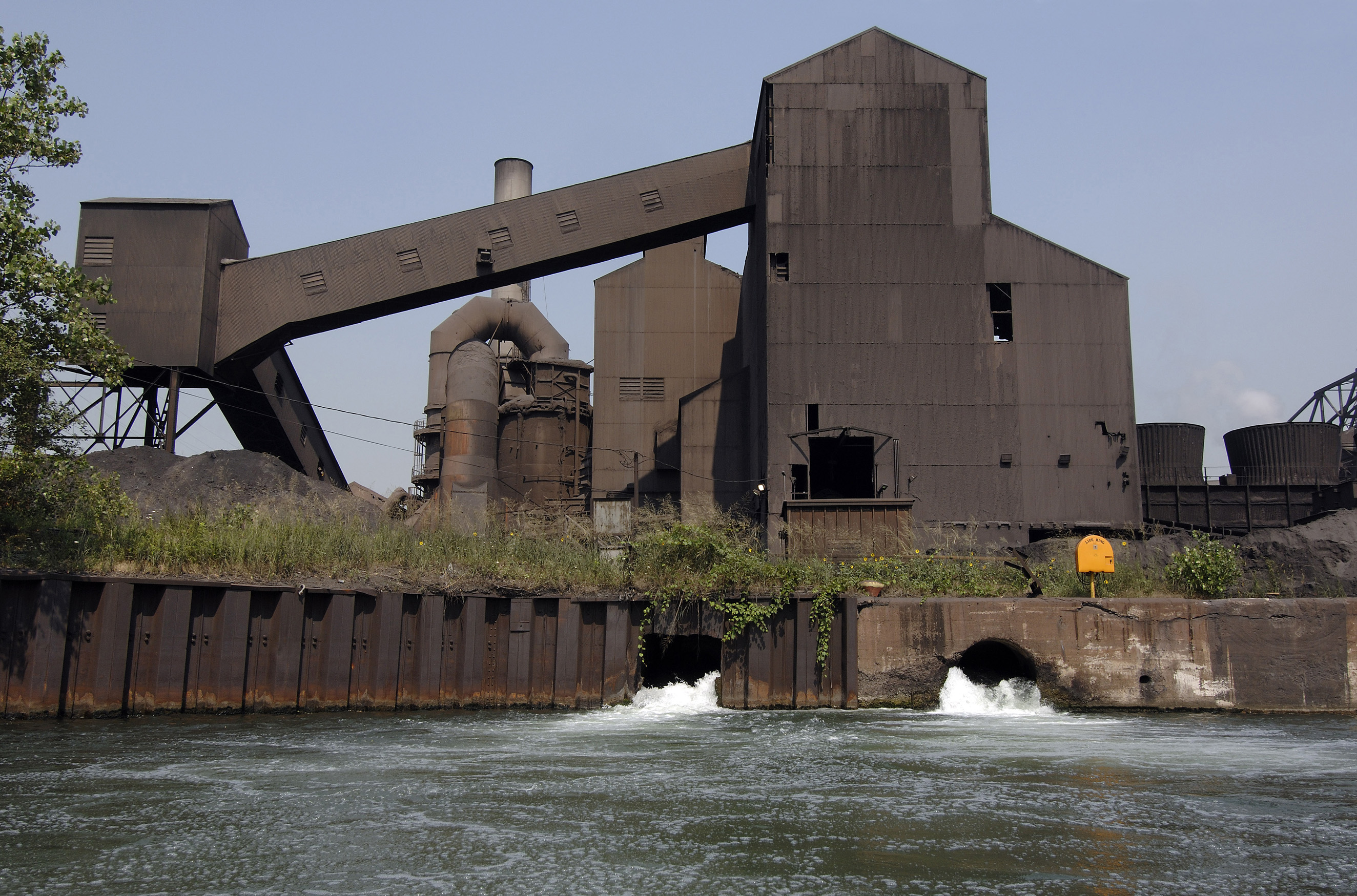 and municipal areas. In 2011, Hammond, Gary and East Chicago released 1.2 billion gallons, 126 million gallons and 304 million gallons, respectively, of stormwater contaminated with sewage into the Grand Calumet waterway, according to Indiana officials.

But the state is working with those cities to curb these combined sewer overflows, including by separating the sewers that carry storm water from sanitary sewers (for human waste.)

East Chicago already is implementing an approved plan. Hammond and Gary are developing their plans – two of the last four municipalities in a statewide sewer improvement program involving 108 cities and towns and 10 separate consent decrees.

East Chicago’s $20.8 million plan promises that only rains heavier than a relatively rare “10-year, one-hour” storm will cause sewer overflows into the Grand Calumet.

There are different techniques cities use to address the problem.

“You might increase the size of wastewater treatment capacity, to accept and treat more of the flow,” said Paul Higginbotham, branch chief over Indiana’s office of water quality permits.  “You can also take out bottlenecks within the collection system — so you can get flow to the treatment plant versus overflow into the outfall…

“Also, bigger communities can add wet weather treatment systems, like basins for the overflow where it’s treated before it’s discharged.”

State and federal officials have restored about 37 acres of wetlands that had been seriously degraded by contaminated floodwaters from the river over the years and choked with invasive phragmites. They removed the sediment in the wetlands and replaced it with clean sand. And they replaced phragmites with native vegetation.

In all, about 100 acres of wetland will be restored. It provides habitat for migratory birds and fish, improving the overall ecological health of the surrounding area. The wetlands also help prevent nutrient pollution and other contaminated runoff into Lake Michigan, as storm water  filters through the wetlands before seeping into the lake.

The sediment clean up and wetland restoration are funded by the Great Lakes Legacy Act, a law meant to deal with contaminated sediment from years past. The Grand Calumet project so far has cost $72 million, about 65 percent of it federal money under the Legacy Act, which is part of the larger Great Lakes Restoration Initiative.

Another $75 million is needed to complete the project. Securing the full funding in the near future could be difficult given the federal budget crisis which is likely to mean moderate or even severe cuts to the Great Lakes Restoration Initiative.

State officials will closely monitoring the project for the next 40 years, repairing the cap on the river bottom if needed and continuing to remove invasive species and plant native species as necessary.

Under a consent decree with U.S. Steel, Higginbotham said, starting next year there will also be monitoring done on five miles of the east branch of the Grand Calumet, including a site in the middle portion of the Indiana Harbor which is at the river’s mouth into Lake Michigan.

Once the sewer, sediment removal and wetland work is done, the officials said, the river should be safer and more attractive for boaters. The beaches of Lake Michigan will become healthier for people and wildlife.

The Areas of Concern website notes that the Grand Calumet once supported “highly diverse, globally unique fish and wildlife communities,” and despite all the abuse “remnants of this diversity” still remain.

Theoretically it could be revived. Then ideally a paddling trip down the Grand Calumet into Lake Michigan will provide a view of both the area’s proud industrial history and the way a battered ecosystem can be nursed back to health.

3 thoughts on “The Grand Calumet’s road to recovery”