Susan Wachter has had to rent commercial kitchen space for the past year to keep up with demand for her cookies, cakes and breads. 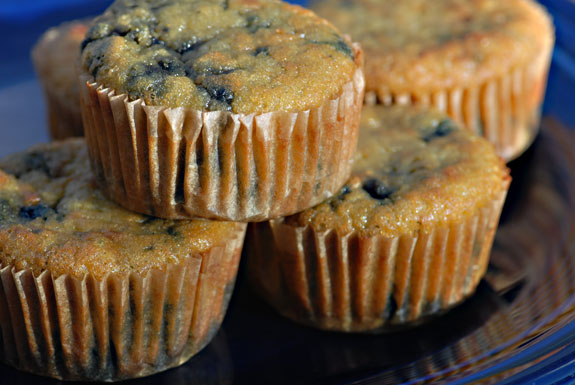 “It’s dramatically cut into my profits, but I thought it was something I needed to do to keep my customers coming back until the law could be changed,” Wachter said.

That’s the Illinois cottage food law, which will allow people like Wachter to sell some homemade foods for extra income.

Wachter and her husband run Wachter Farms, a grain farm in Illinois. When she quit her job three years ago, Wachter began growing produce and making baked goods to sell at local farmers markets. Her cookies were especially popular, and selling baked goods boosted her profits.

But last year the Illinois public health department began enforcing a rule that said vendors couldn’t sell homemade products. Instead, they were required to use commercial kitchens inspected by the U.S. Food and Drug Administration.

“As farmers markets grew in popularity, food safety officials started taking closer notice and realized these home-baked goods were being sold on a regular basis, so they began to crack down in some areas of the state,” said Wes King, policy coordinator for the Illinois Stewardship Alliance.

Wachter was one of those vendors told not to sell baked goods.

“The amount of customers that were outraged from not being able to buy cookies was overwhelming,” Wachter said.

But starting next year, Illinois will join other Great Lakes states — Ohio, Michigan, Indiana, Wisconsin and Pennsylvania — by implementing a cottage food law. 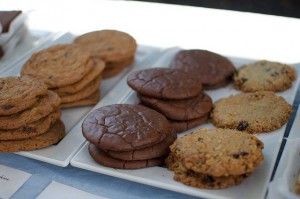 These laws vary by state, but allow people to make certain foods at home and sell them at farmers markets. Breads, dried herbs and fruit jellies are often considered cottage foods, while perishable, temperature-sensitive and potentially hazardous foods like cream pies, canned vegetables and meat products are not.

The Illinois law lists the foods that are and are not allowed to be sold as cottage foods.

“We made [the law] specific and clear so there wasn’t a wild, wild west that opened the floodgates to all sorts of products,” King said.

King, who wrote the Illinois bill, looked to Ohio for inspiration. Ohio has had a cottage food law for 10 years and expanded it in 2009 to include foods like granola, waffle cones and more.

Increasing the number of cottage foods has not led to more contamination or food-borne illness, Erica Pitchford of the Ohio Department of Agriculture said. That helps King and other cottage food proponents advocate for more freedom for vendors.

Even though most of these cottage foods aren’t particularly healthy, Wachter said customers want fresh treats.

“People want sweets, they still want the good stuff, and nobody has time to stay home and make a batch of cookies,” Wachter said. “They want to be able to show up at the farmers market and buy cookies that they know were made the day before.”

The cottage food industry doesn’t just benefit people stocking up on homemade goods; it helps farmers, retirees and anybody with a knack for baking earn some extra income.

The cottage food law has given vendors like Nayyirah Shariff the opportunity to open their dream businesses. Earlier this year, Shariff started Revolutionary Bread in Flint, Mich. 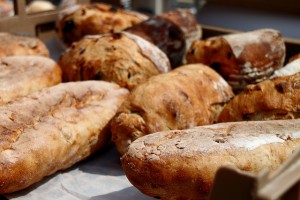 “I love the fact that I’m a small business owner and can use a skill I love and share it with the world,” Shariff said. “There’s something very fulfilling about homemade bread. It’s way cheaper, and it tastes a million times better.”

On a good week Shariff can move 60 loaves of bread, and she wants to expand to a commercial kitchen to make more. She hopes to someday have a store and teach cooking classes.

Every loaf of Revolutionary Bread is organic and completely homemade. The business gives her a chance to do what she loves while supporting local businesses.

“I get my supplies from Michigan businesses,” Shariff said. “It’s a way for me to live out my values.”

Selling homemade bread also helped Shariff start the business with minimal investment. She spent only $500 on ingredients and equipment, and made the money back in a month.

“I think it’s a good way for people if they have an idea for a business to try it out without investing a whole bunch of money,” Shariff said.

Wachter hopes Illinois’s cottage food law will help people earn some extra income while giving them more access to homemade baked goods. She’s looking forward to January 1, when she can get back to her own kitchen.