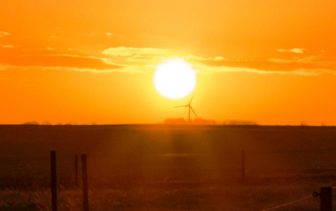 Residents of Michigan’s rural counties are much more likely to get melanoma – skin cancer – than urban residents in the state, a new study has found.

One reason for that dramatic disparity: lack of dermatologists in rural counties.

“Michigan has almost twice the number of dermatologists per capita practicing in urban counties,” the research team said.

And 38 of the state’s 62 rural counties have no dermatologists at all, according to the study in the journal, Cancer Reports.

Nationally, melanoma is the third most-common cancer in rural America for men and women combined, trailing behind lung and colorectal cancers.

“Our findings highlight the dearth of care and resources and demonstrates its connection to patient outcomes,” the study said.

Some patients must travel to another county to see a doctor, even for primary care, let alone a specialist, Shellenberger said. His coauthors are from Michigan Medicine in Ann Arbor, Methods Consultants in Ypsilanti, Harvard University and the Northwell Health Cancer Institute in New York.

“It sounds alarming in this day and age,” he said, noting that the further patients must drive for medical care, the less likely they are to seek that care.

Research shows that rural residents have higher rates of breast, prostate, cervical and colorectal cancer, lower rates of preventative screening and higher death rates from those types of cancer than urban residents.

The new study used 2015-18 data from the state Department of Health and Human Services and the Centers for Disease Control and Prevention about the incidence and death rates.

Among the 32 other counties without a dermatologist are Branch, Ionia, Oceana, Montcalm, Mason, Lake, Clare, Montmorency, Mackinac, Iron and Baraga.

A delayed diagnosis can lead to severe complications, even death.

“The more deeply melanomas invade the skin, the higher their risk of metastasizing – spreading to internal organs – and being deadly,” said Dearborn, Michigan, dermatologist Karen Chapel.

“Therefore, diagnosing melanoma early while they are thin provides the best chance of cure,” said Chapel, who chairs the Michigan Dermatological Society committee that deals with patient access.

Society President Steven Daveluy said rural residents are more than three times as likely to work outdoors than their urban counterparts, increasing their exposure to the sun, which is the principal risk factor for melanoma.

Also, light-skinned people are far more likely to get skin cancer, and the white population in rural counties is 21% higher than in urban areas, the study said.

Daveluy, who is a professor at the Wayne State University School of Medicine, described the case of a farmer he treated at the Karmanos Cancer Institute in Detroit.

“After years of sun exposure working outdoors, he found an open sore that wouldn’t heal on his scalp,” Daveluy said. “He didn’t like to go to doctors, plus he was busy working his farm to keep everything running, so he delayed coming to get treatment.”

“When he did come, the sore had grown significantly,” he said. “Due to his delay in seeking care, his surgery was more extensive.”

Daveluy said Michigan’s shortage of dermatologists reflects a national shortage, and many who do work in rural communities are solo practitioners.

“This can be challenging since working in a group with colleagues gives you opportunities to discuss challenging cases, share best practices and new information, and have fulfilling social interactions at work.”

There are economic factors as well.

Shellenberger noted that physicians earn more in urban areas and have better access to sophisticated equipment and to other specialists than in rural areas.

“It takes somebody who wants to be in a rural area to be a doctor there,” he said.

Chapel said telehealth techniques could help provide access to experts, that medical schools could offer more opportunities for their students to treat rural residents and that the federal government could fund more residency slots in underserved areas.

Chapel and Shellenberger said the government could provide financial incentives to new doctors willing to practice in rural communities.

Shellenberger said other possible steps include paying off student loans, and he noted that many aspiring doctors borrow “outrageous sums, $200,000 and up, to go medical school.”

Other ways to narrow the access gap is for government to underwrite the expenses of starting a new practice and establishing clinics with multiple specialists in rural areas, he said.

“The way public health is in the United States needs to improve a lot,” Shellenberger said, with more access to medical care, testing and treatment.