In her debut novel, “King of Hope,” Michigan native Kim Conklin writes about a small community in southern Ontario facing the looming threat of environmental disaster. 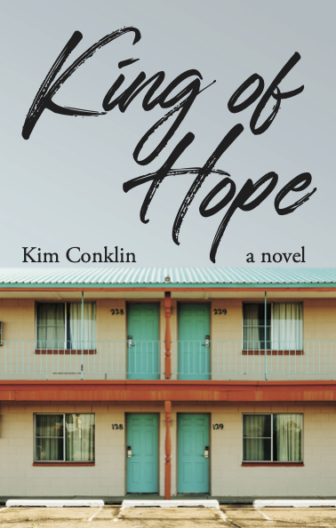 Inspired by the true story of Port Hope, a community along the shores of Lake Ontario in southern Ontario, “King of Hope” follows four people struggling to answer difficult questions about the environment and their place in it.

Conklin describes the novel as “Southern Ontario Gothic with an environmental twist.”

It is named for its setting in southern Ontario and its gothic themes of secrecy, repression and a horror lurking beneath. Some notable works include Margaret Atwood’s Alias Grace and Roberston Davies’ Deptford.

“It’s often realistic, depicting a small town or quiet setting, with an underlying danger vibe,” Conklin said. “In “King of Hope,” the danger is the radical environmental uncertainty that the town has faced for generations.”

That threat comes in the form of nuclear waste and willfully ignorant officials.

“They’ve had a lot of hidden nuclear waste that was just buried under schools and homes and they keep finding it every so often,” Conklin said. “Even after it was dug up, it sat out covered by tarps for years because there was really nowhere to store it.”

The tale relates to the looming issue of nuclear facility decommissioning, which will soon be a reality for the Great Lakes region Conklin said.

The environmental aspect also makes it a work of eco-fiction.

“Writers have written about nature forever,” Conklin said. “Today, we also have to deal with and think about our environmental challenges. And fiction is one of the ways that people understand things in a new way. They experience the world through the eyes of a character, and it can help them see things a little differently.”

“King of Hope” was not always destined to be a novel. Conklin’s background is in screenwriting. But the story had other plans.

“It started as an image in my mind, the picture of a young girl sunbathing in a lawn chair next to an empty pool while wearing a hazmat suit,” Conklin said. “She was surrounded by other people in hazmat suits who were digging up some kind of waste. I was drawn to the absurdity of the image, and it stuck with me. At the time, I was writing screenplays, and at first, I thought it would be a screenplay. But as I kept working on the story, it turned into a novel.”

It’s her debut novel, but Conklin has a long history of creative work. She started as a writer and producer at a WJRT in Flint when she was still a teenager. She now lives in Windsor, Ontario and has since created several short films and stories.

Conklin is also one of the hosts on the literary podcast, All Write in Sin City, based in the Detroit River region. Creative work has always been her calling.

“I don’t think I ever seriously considered doing anything else,” she said. “At least not for long. I started to get a real estate license once, but I never finished the course.”

“King of Hope” portrays  people torn between tradition, change, the past and an uncertain future. These are challenges many of us relate to. 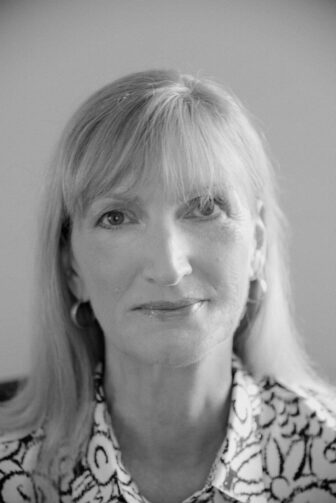 “The story alternates between sad and crazy and sometimes funny in the same way real life does,” Conklin said. “In the story, people are deeply divided in what they believe and in their opinions about what’s the right path forward. Trying to figure out how to find the truth can be hard to do.”

Conklin’s goal is for the novel to be enjoyed. But she also aims to help people reflect on their connection with nature.

“I hope that reading about the characters in Port D’Espere and their struggles in the face of radical uncertainty, will help people gain a clearer perspective on their own relationship with the world we find ourselves in,” she said.

The novel was recently featured in CBC’s fall preview as a book to look forward to in fall 2022. King of Hope is published by Palimpsest Press and is available at the publisher’s website and Barnes and Noble for $18.95 CDN / $17.95 US.