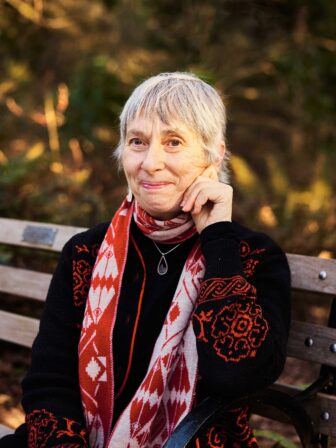 For decades, people have largely ignored the Earth’s decay, treating climate change as a problem that can be postponed. 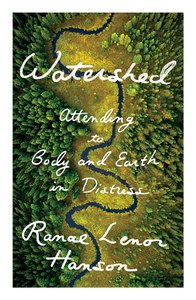 Ranae Lenor Hanson, a retired professor and activist, rejects that fallacy and defends the Earth, its waters and all its creatures in her book Watershed: Attending to a Body and Earth in Distress. (University of Minnesota Press, $19.95)

“We are owned by our surrounding land and water,” she writes in the book published in 2021 and which won the Minnesota Book Award for Memoir and Creative Nonfiction.  “Our health depends on theirs.”

Growing up in the North Woods of Minnesota gave Hanson an intimate connection with and understanding of that region. She grew to love the life it supported and developed a keen awareness to its calls of distress.

“The woods had caught me; the trees taught me lessons; the wolves had sung to me. I became known to my place on earth,” she wrote.

Her younger self didn’t see the point in leaving the city to grow up in the woods, but her parents moved her and her siblings out there anyways, she said.

“Nobody grows up in the woods,” she said. “But it’s the best thing my dad could have done.”

She’s since noticed drastic changes in the watershed she grew up in.

The drought and deluge of recent years makes it especially hard for the inhabitants of the North Woods to grow and flourish in ways they had in the past. The streams and lakes that once offered refreshment are now unsafe to drink from directly, she said.

“How were the loons doing, drinking straight from the depths?” she wrote.

Initially, the planet’s poisoning brought her much anguish and anxiety. As she wrote,  “Preoccupation with climate crisis and drought had unhinged my soul.”

By tuning inwards and noticing changes within her body, Hanson was diagnosed with Type 1 diabetes well into adulthood.

At first, the diagnosis felt awfully unnatural, but then she began to see her body as an extension of the Earth, in need of human intervention and assistance in similar ways to what the planet needs. 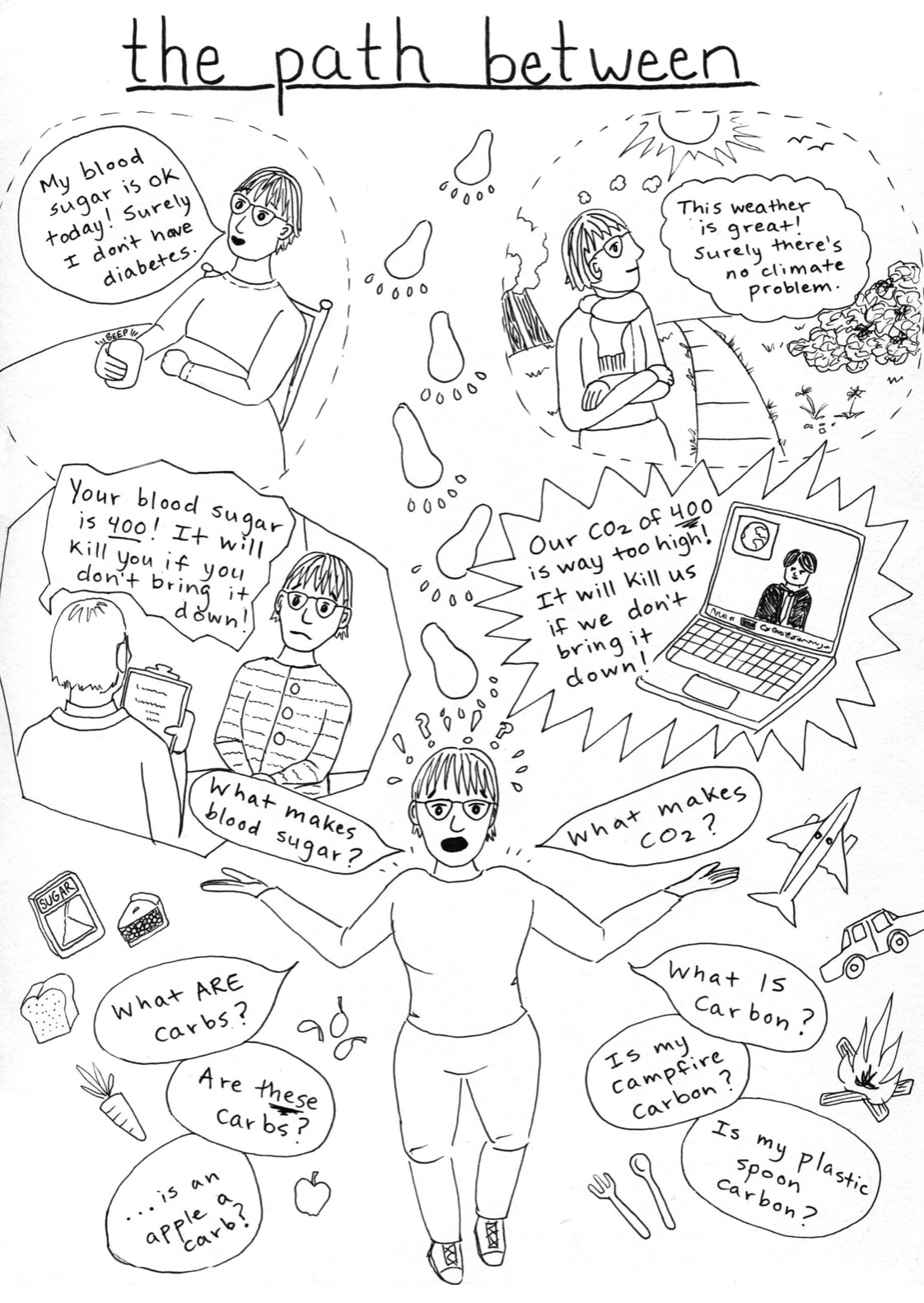 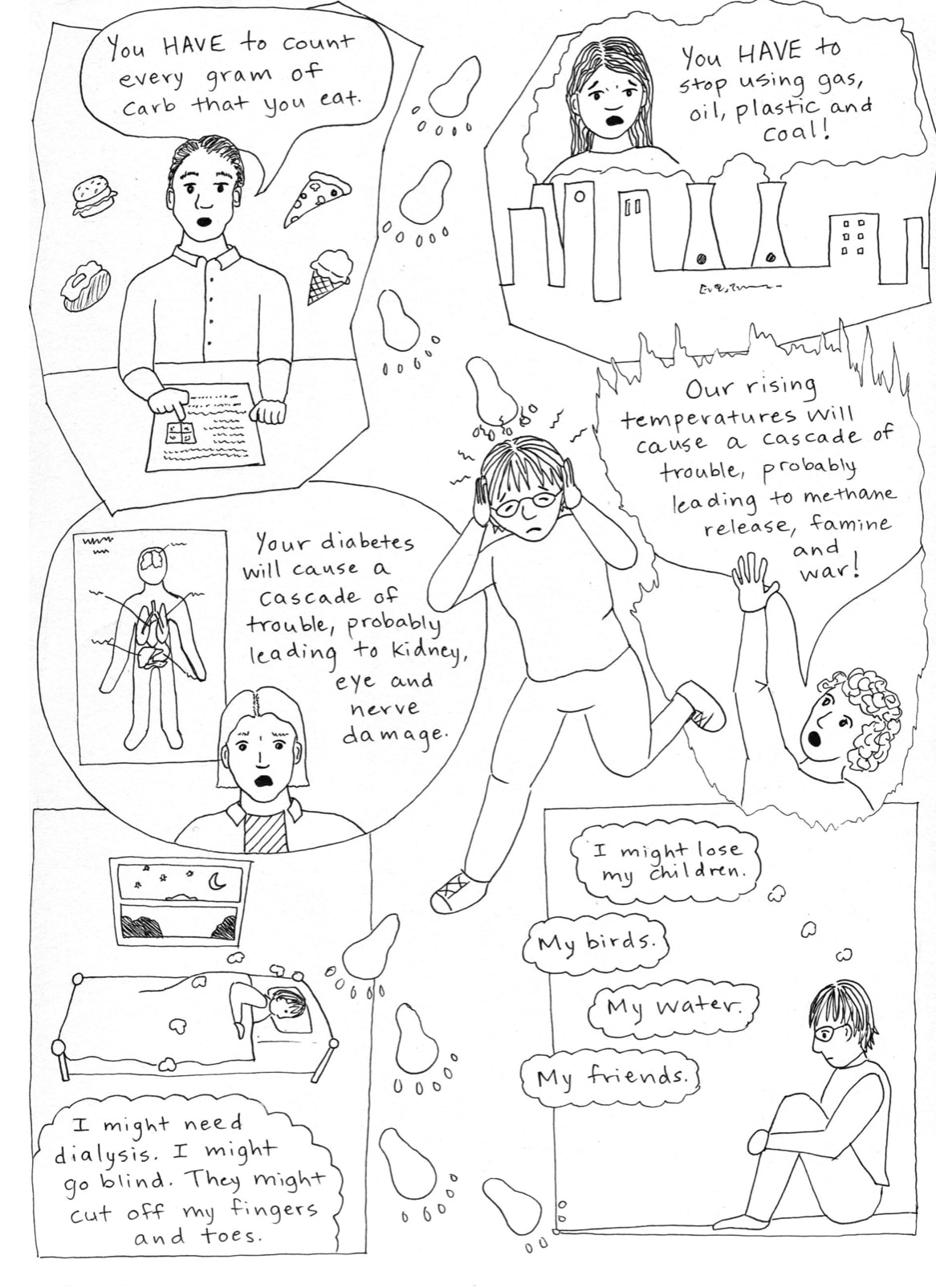 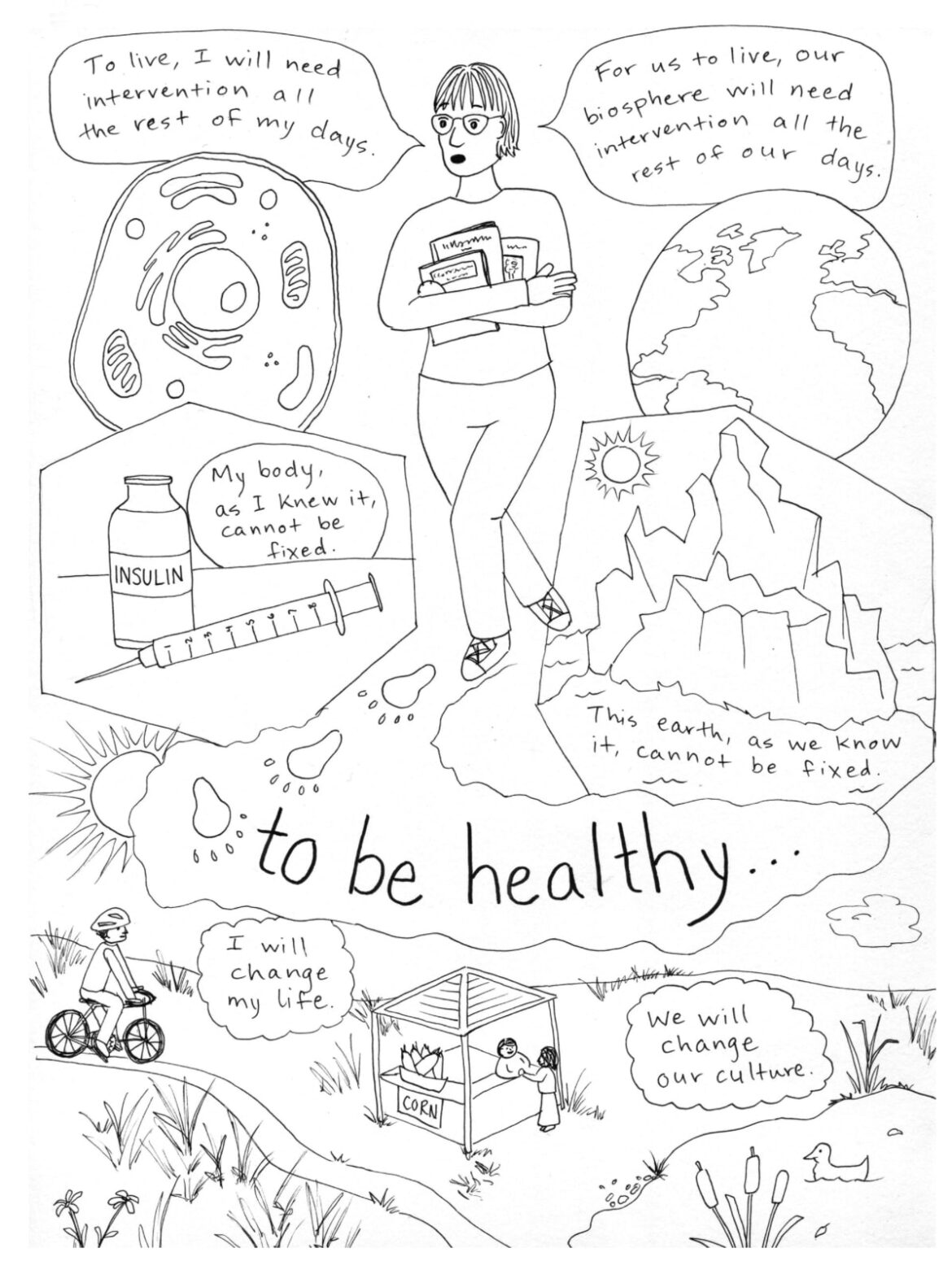 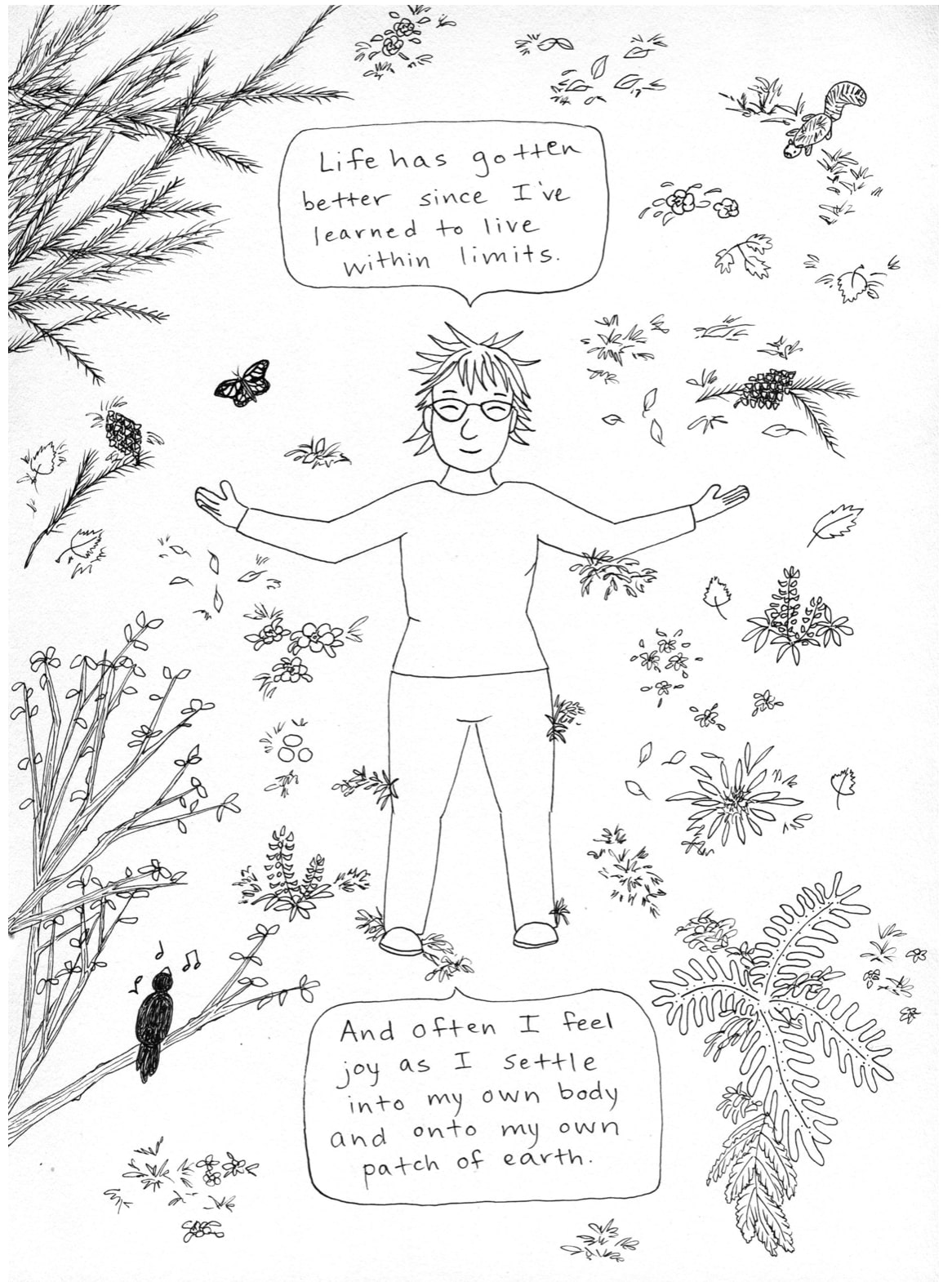 “Of course, it took time to accept my new reality, as confronting it initially felt overwhelming. But then I decided I’d do what’s necessary and even though it can’t be fixed, it can be managed, and then I realized a lot of joy,” Hanson said.

In facing diabetes and climate change, Hanson writes that the best way is like you’d confront a storm in a canoe – head on.

“Try to run from it and you won’t know what’s coming when the big waves hit,” she said. “Get sideways to it and you’re sure to be swamped.

And beyond survival, you’ll find joy in acceptance.

There’s a lot of joy, too, in being part of a community that’s trying to reduce environmental harm, Hanson said.

Hanson learned the stories of her students, many of them climate migrants, while teaching writing and global studies at Minneapolis College in Minneapolis for 31 years.

Each year, climate disruption increases the flow of migrants to the college, she said.

Their economies at home are falling apart because the water went away, forcing them to relocate. It’s the aftermath of climate change that many folks remain ignorant of in America, as environmental issues haven’t reached such extremes.

The climate, coupled with the voices of her students, gave her dream of writing about the beauty of the North Woods a sense of urgency to be a voice for her students and the creatures of the planet.

Notably, Hanson aimed to write in a way that would propel the climate conversation into the realm of real change. She used bridging language to connect people who are on different levels of recognizing, accepting and acting on climate change.

Hanson said she wants people to connect with themselves and, in turn, reconnect with nature.

“As bodies, we are part of the larger body of earth,” she wrote. “We eat of it; give back to it. Breathe with it. We have to come home to our soil.”

At the start of each chapter, she lays out stepping stones to help people reconnect and find peace in the present despite their valid fears for the future.

Hanson said the best way to tune inwards is to find a ritual that works for you, and a good place to begin is finding your breath.

“And now that I’m breathing, where are my feet?” she asked.

Importantly, there’s no right or wrong in finding a way back to the roots and connection we all have to the planet, she said. Everyone has Indigenous ancestors who knew how to live in harmony with the Earth.

For those who are white, it’s largely trauma – like starvation or persecution – that separated them from their lands. It’s not too late, though, to call back and learn from those ancient practices, Hanson said.

“We are all Indigenous to this Earth. Our ancestors, somewhere in the past, knew themselves to be one with the land on which they rested. Many of us have forgotten what once was known,” she wrote.

So even if you live in a city and feel removed from the wild, begin to notice the weeds that come up between the cracks in the pavement, she said.

“Sing to your plants. Grow something and care for it. Talk and then listen and go for a walk.

“Find whatever wild you can.”