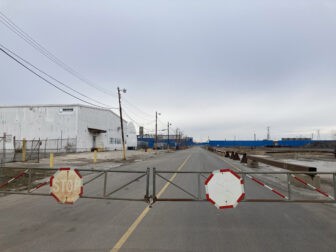 RMG’s South Shore Recycling is east of the Calumet River on Chicago’s Southeast Side, less than 2 miles from the Illinois-Indiana border. Image: Andrea Vera

Despite having some of the worst air quality in Chicago, as documented in the city’s most recent Air Quality and Health Report, industry continues to relocate to the Southeast Side.

Lincoln Park, an affluent, majority white neighborhood, was formerly the home of General Iron Industries Inc., a metal-scrapping business that had been in operation for a century before closing in December 2020 due to environmental violations, including violations of the Clean Air Act. 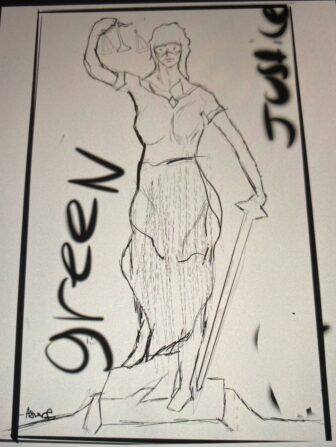 This is part of a package of three articles and a podcast about green justice – environmental justice – in the Great Lakes region.

Its owner, Reserve Management Group (RMG), has recently moved forward with plans to open a new facility in the primarily Latino and Black neighborhoods on East 116th Street by the Calumet River, reported The Guardian.

Gina Ramirez is a community activist, an active member of the Southeast Environmental Task Force and the Midwest outreach manager for the Natural Resources Defense Council.

She has been organizing opposition to the new RMG facility for over three years, citing concerns about RMG’s past environmental misconduct and the cumulative burden of additional industry in her neighborhood.

After a slow-moving start to the permitting process for the new facility, the company received a zoning permit from the city and a construction permit from the state, Ramirez said.

According to Ramirez, the city promised the public transparency in issuing permits to RMG for its proposed Southeast Side facility, but the third of four permits, allowing for the installation, not operation, of air pollution control equipment, was issued overnight with no notice to the community in September 2020.

This mobilized residents to prevent issuing the final permit necessary for the facility to operate.

In support of the community, U.S. Environmental Protection Agency (EPA) Administrator Michael Regan wrote a letter to Mayor Lori Lightfoot in May 2021 to request an environmental justice analysis and health impact assessment by the city before issuing the air emissions operating permit.

Regan wrote that the neighborhood is one of the city’s highest-ranking in eight pollution indicators used by the EPA and “because of these well-known degraded environmental conditions, the siting of this facility in Chicago’s Southeast Side has raised significant civil rights concerns.”

He also wrote that, had the construction permit been proposed under the current presidential administration, his agency would have recommended a “robust analysis to assess the full environmental justice implications of sitting this facility in a community already overburdened by pollution” prior to allowing the facility to be built.

Ramirez said, “It just isn’t right to consolidate every dirty industry into a Black and Brown neighborhood. It just isn’t equitable. We’re literally fighting for our lives.”

In response, RMG sued the city for $100 million for the delay of its final permit. 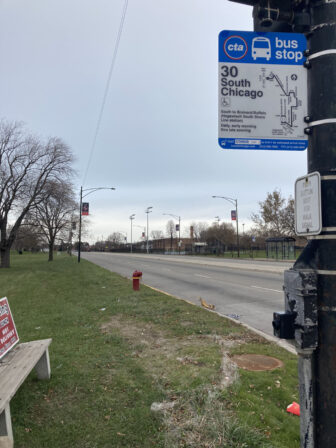 George Washington High School is less than a block north of South Shore Recycling and can be seen from the facility entrance. Air monitors at this site have identified high levels of toxic metals in the air. Image: Andrea Vera

The Chicago Sun Times reported that the city’s assessment identified the presence of lead and other metals, soot and coarse particles in air emissions. While the concentration of metals has remained constant or slightly decreased over the past 10 years, the levels of soot and particulate matter have stayed high.

“Southeast Chicago, historically, as most people know, has always been heavily industrialized with all types of manufacturing led by the steel industry,” said Susan Buchanan, the director of the Great Lakes Center for Children’s and Reproductive Environmental Health at the University of Illinois Chicago.

Buchanan explained that where there is industry, there are air emissions: Burning, milling and combustion emit particles several times smaller than the width of a human hair, and, when inhaled, can lead to respiratory inflammation, poor lung development in children and aggravated asthma.

Buchanan, a clinical associate professor in environmental and occupational health sciences at the university’s School of Public Health, explained that children are particularly vulnerable to the effects of particulate matter because “their organs are still developing, especially their brains.”

“When they breathe in a contaminant that gets into their bloodstream and gets to the brain, it can affect the development of their behavior or their intelligence in ways that are not seen in adults,” she said.

Ramirez said, “I have a 7-year-old son. I don’t want him breathing in more neurotoxins and particulate matter. I’m willing to do what it takes to fight for his quality of life because he deserves to breathe the same air as the children on the North Side.” 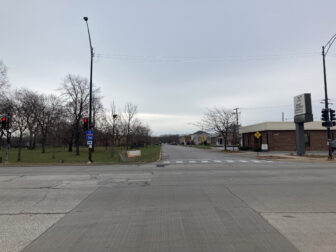 The entrance to South Shore Recycling is directly across the street from Rowan William Park and surrounding neighborhoods. Image: Andrea Vera

Countering the allegations of environmental racism in the siting of its new facility, RMG CEO Steve Joseph wrote an op-ed published in the Chicago Tribune.

He wrote, “After decades of quietly providing environmentally responsible recycling solutions, my company’s expansion on Chicago’s Southeast Side has become a misplaced target of attacks, distortions and vitriol.”

Addressing accusations of environmental racism, Joseph wrote that the demographics of the neighborhood did not play a role in choosing the location. Rather, “the site is ideally situated for metals recycling in an underutilized planned manufacturing district that has excellent truck, rail and barge access.”

Joseph wrote, “We are a recycler, not a toxic polluter.”

The fact that the Southeast Side is zoned for industry isn’t enough for Ramirez and her neighbors: They want to change zoning laws, as was done in Lincoln Park, so new facilities don’t continue to be built in their backyards.

Buchanan said, “Those plants are sited where they are because people in higher-income areas have more power to keep that industry out because they don’t want to look at it, let alone suffer the local air pollution that comes with it.”

Ramirez said that it can be disheartening to see the city rush its environmental justice and health assessments and move forward with the permitting process for the facility, but the community continues to organize in opposition.

She said opponents of the project are trying to mobilize more residents and push elected officials to “put their money where their mouth is to try to stop this.”