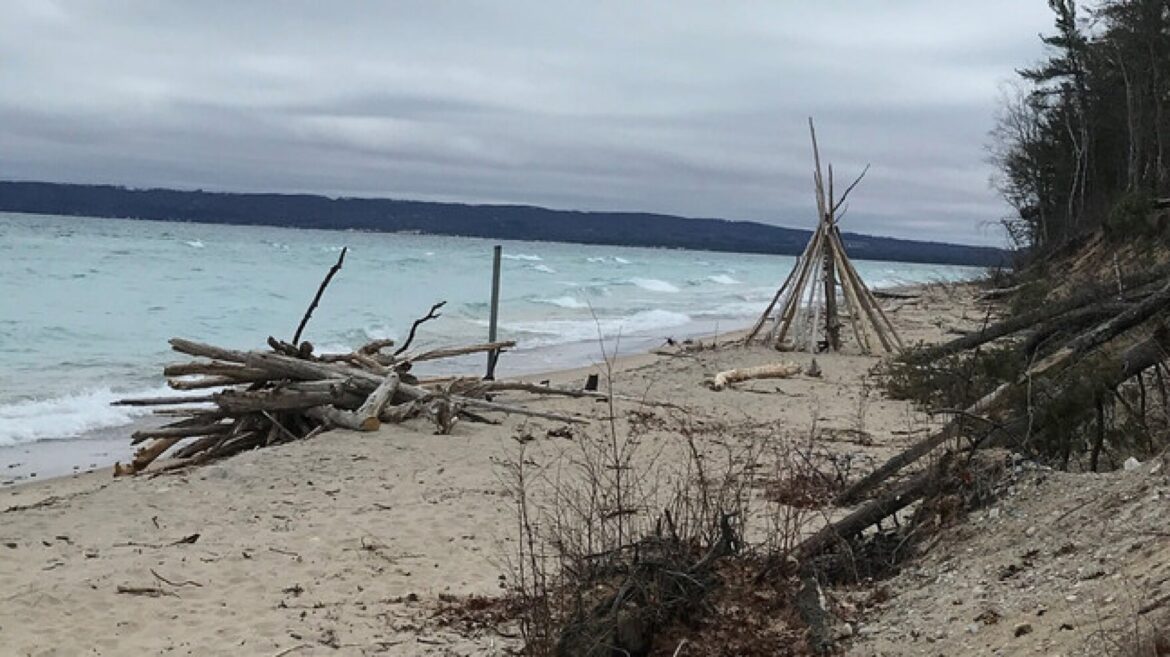 A driftwood tipi standing on a beach east of Pyramid Point is a clear indication of human hands at work. Sleeping Bear Dunes National Lakeshore recently posted a picture of one on its Facebook page to encourage people not to leave a trace.

Park staff say the structures disrupt the natural beach habitat and can even be damaging to some animal species, like the piping plover.

“These things can actually provide perches for raptors who prey on the plovers,” said deputy superintendent Tom Ulrich.

He said the goal of the park service is to keep the landscape as unaffected as possible.

“In the national park of course, our goal is to keep things as natural as possible, and certainly these are not natural,” Ulrich said. “They’re little human structures along the beach.”

Park staff say even cairns – which are rocks stacked on top of each other – should be avoided on the lakeshore.

Sandcastles however, are just fine.