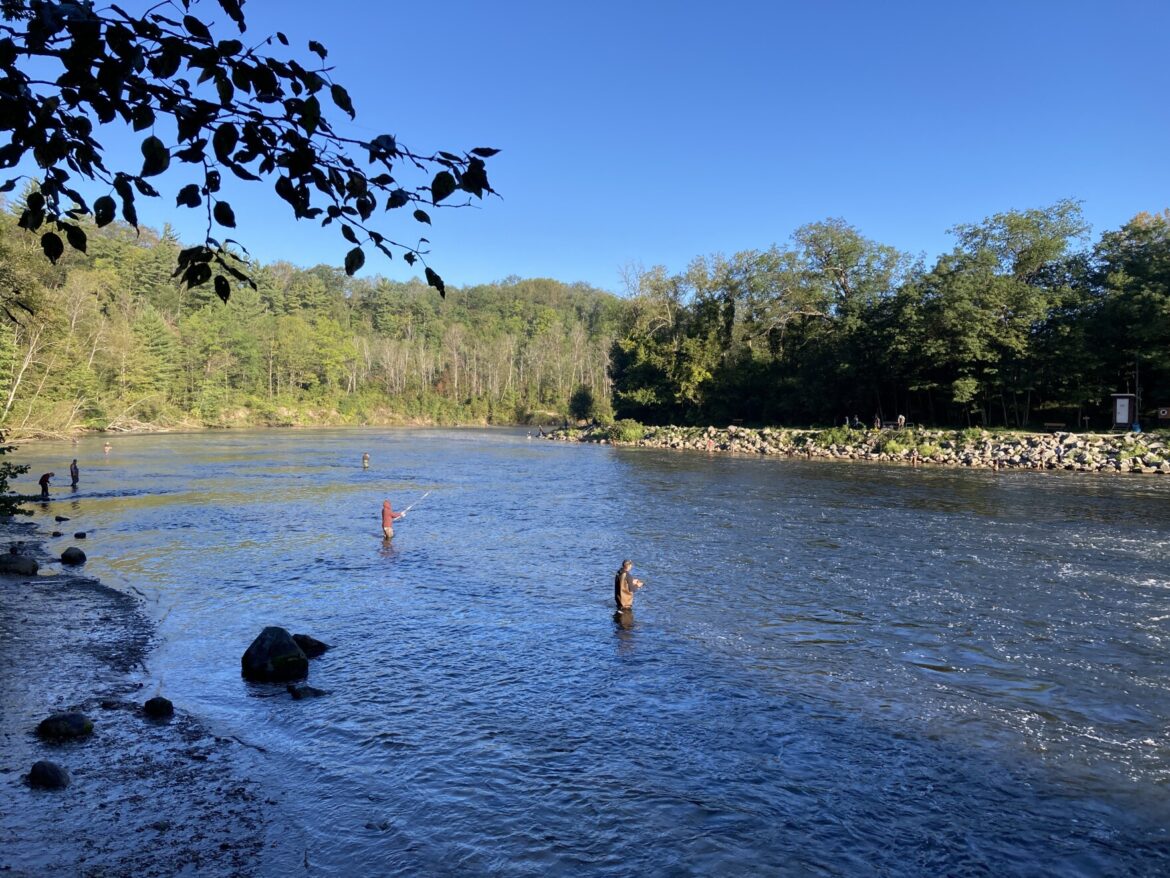 Most salmon live for about four to five years. At the end of their lives, they return to the rivers where they were born. They lay eggs and then they die.

This is called the salmon run. It happens every year around this time and it’s a popular time for anglers. During the run, the state Department of Natural Resources increases patrols looking for illegal fishing known as snagging.

Snagging isn’t allowed in Michigan but some anglers think it should be.

In order to catch a fish legally, the angler has to hook the fish inside the mouth. Dana Matthews has been fishing at Tippy Dam in Brethren for forty-five years.

“I had two on, lost both of them,” said Matthews. “I think they were kinda snagged in the side.”

Snagging happens when the hook lands somewhere on the fish’s body rather than inside their mouth. The practice used to be legal in Michigan but was eventually outlawed in the 1990s.

The state’s concern is that snagging gives anglers too much of an advantage and can lead to over-harvesting. Paul Stowe works for the DNR at the Platte River State Fish Hatchery.

“Their removal of so many fish was pretty detrimental to some of the fisheries and some of the locations that were popular and so that practice was discontinued,” said Stowe.

Besides the effect it has on salmon populations, other anglers argue snagging is abhorrent. 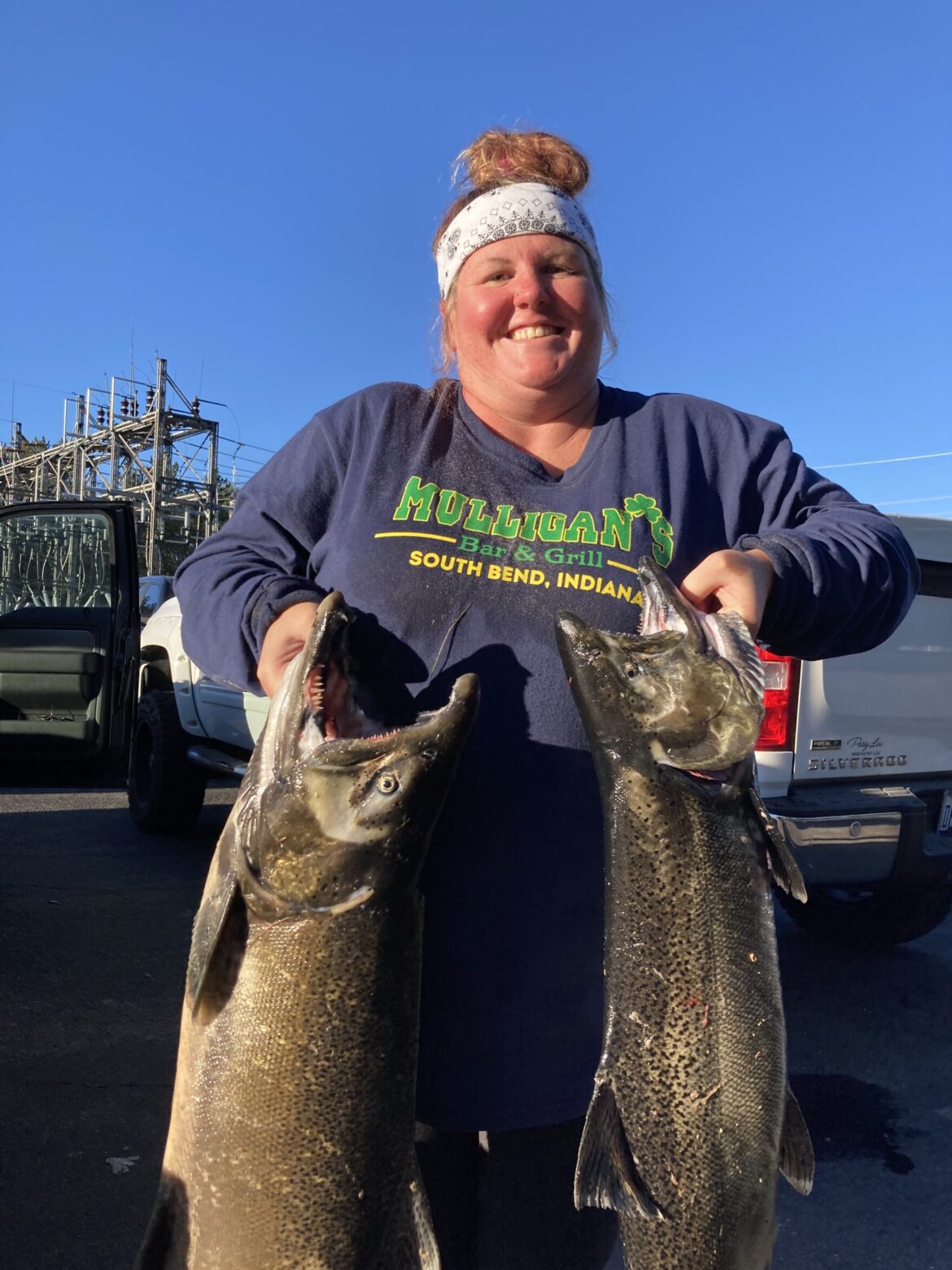 “The first season I found these people doing it, I thought it was the most barbaric thing I’d ever seen,” said Chuck Hawkins, a fly fishing guide from Traverse City

He says spawning salmon generally don’t eat. Their reproductive organs grow and their stomachs shrink. They may bite the hook but it’s usually out of aggression and not hunger.

Hawkins says that’s why some anglers try to hook the fish wherever they can. He says that’s not a fair fight.

“If you are a sportsman with any ethics, that’s not ethical,” said Hawkins. “Fishing and hunting are supposed to be about fair chase.”

The DNR doesn’t keep an official count of the number of salmon snaggings. In its bi-weekly reports conservation officers observed about 100 snagging related incidents over the 2018-20 salmon runs in Michigan.

Many anglers claim the real number is much higher. 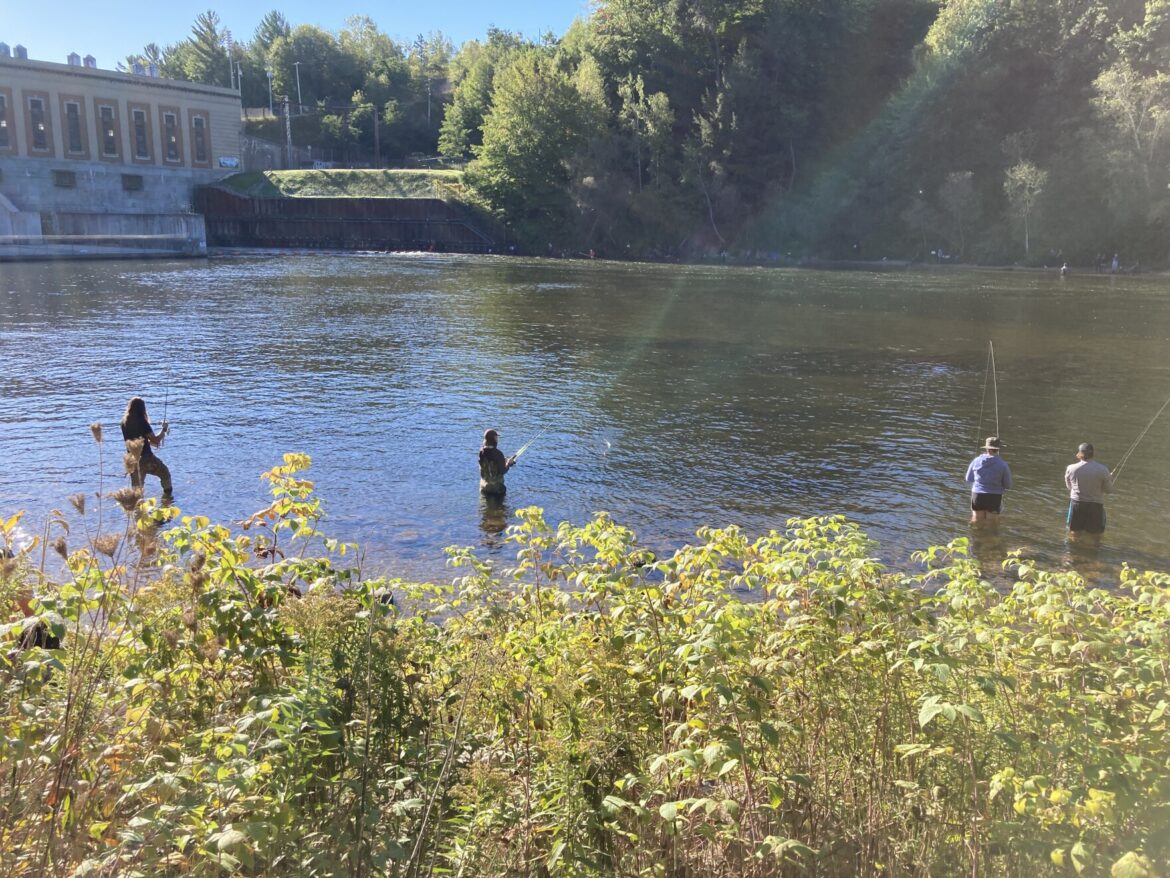 Anglers flock to the Tippy Dam to fish during the salmon run. Image: Max Copeland

Not everyone thinks snagging is bad sportsmanship. Gordon Parks owns Andy’s Tackle Box in Brethren. He recalls snagging salmon back when it was legal in Michigan.

“They just wanna catch a fish,” Parks said. “If the fish ain’t gonna bite no matter what they throw at them, then where’s the equity? Where do we get that person something in return for all the money they’ve spent?”

Because salmon don’t bite much this time of year Parks says snagging is the only way for an angler to really be successful.

When a fish does get hooked in the mouth he says the angler got lucky and set the hook in the right place.

Although that’s legal, Parks argues that too, is really just another form of snagging.

“You’re gonna hook them in different places,” said Parks. “You just keep letting them go…Eventually they get one in the mouth and they keep it, but the one that was in the mouth was still snagged too. See, there’s the game.”

The way Parks sees it, relaxing rules on snagging would almost guarantee fish for anglers. That would bring more of them to northern Michigan which would benefit his shop and others in the economy. Plus, he argues the fish are going to die anyway and stink up the river.

Paul Stowe with the DNR worries if too many salmon are taken before spawning, that could destabilize the population again.

“If you’re removing fish they can not be reproductively successful and so in certain circumstances, especially when you make it that easy for people to take those fish out of the river, that may be detrimental to the future fisheries,” said Stowe.

Stowe says maintaining those fisheries is expensive but worth it. Salmon make up a big part of Great Lakes recreational fishing. It’s already a big money-maker for local economies.

According to The Great Lakes Fishery Commission, commercial, recreational, and tribal fisheries together are valued at more than $7 billion annually.