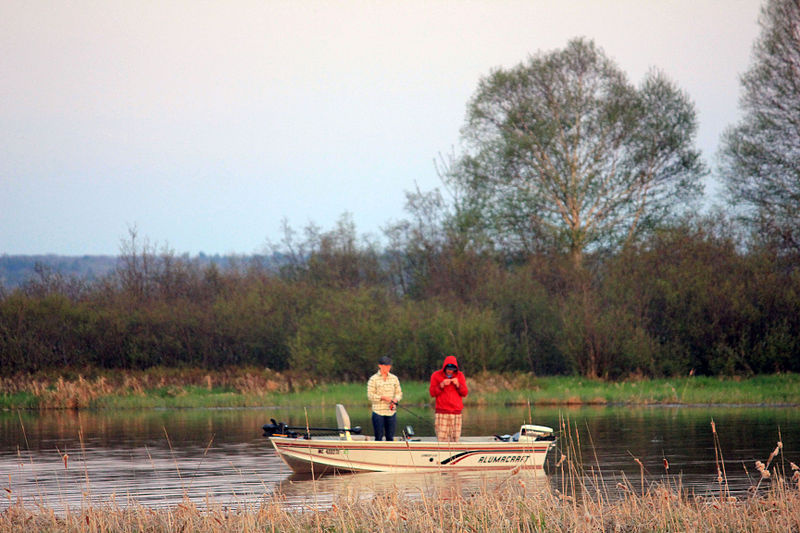 More fishing trips could cause more damage to native fish populations in the Canadian portion of the Great Lakes than aquatic invasive species, according to a recent study.

The study looked at the combined impacts on recreational fishing of invasive species and human population increases from 2018 to 2046. It was published in the Canadian Journal of Fisheries and Aquatic Sciences.

“Overall by 2046, we believe that human population change would actually have a stronger effect on recreational fishing trips, than would any of the three scenarios associated with the aquatic invasive species establishment,” said Len Hunt, a research scientist with the Ontario Ministry of Natural Resources and Forestry and the study’s lead author.

“The areas that are already the most stressed in the province of Ontario, will likely become increasingly stressed because of the increasing populations into those same areas,” he said.

Ontario’s population is expected to increase by 38% from 2018 to 2046, according to the Ontario Ministry of Finance.

The study suggests that this population increase could lead to an increase of about 143,000 fishing trips or 11.4%.

Projections of how much fishing trips will increase vary by lake.

The study suggests the number of fishing trips to Lake Ontario will increase by 16%, to Lake Huron by about 12% and to Lake Erie by 10%.

Fishing activity in Lake Superior is expected to decrease by 9% over this time period due to a projected decrease in population.

The negative impacts associated with increased fishing and the introduction of aquatic invasive species are expected to increase in lakes that are already struggling to provide stable environments for native fish.

“And in our most severe aquatic invasive species establishment scenario, we had a maximum of about a 3.5% reduction in total trip taking across Ontario’s side of the Great Lakes,” Hunt said.

Populations are expected to increase more so in urban areas, such as the greater Toronto area, than rural communities, Hunt said. People living in urban areas tend to participate in shore-based fishing more than boat-based fishing.

It is necessary for urban areas in the Great Lakes to prepare for the increase in shore-based fishing activity, Hunt said.

“There are challenges with the fact that there could be increasing numbers of anglers concentrated in these urban areas,” he said. “But we have the opportunity at this point, to start to develop the types of programs to not only meet that type of demand, but start to consider those impacts so that we don’t have to take necessarily a rash approach later on.”

Certain programs could be developed to better understand where overfishing might be occurring and how to limit this in the future, Hunt said.

While population increases threaten native fish populations, aquatic invasive species such as the Asian carp also present a major threat as they can outcompete native fish for food.

“The easiest way to think of them is they’re like the HEPA filters of an aquatic system,” said Tim Johnson, a senior research scientist with the Ontario Ministry of Natural Resources and Forestry and co-author of the study.

Asian carp can “filter” through waters and consume small organisms that are a source of food for native fish.

“If they get into the Great Lakes and if they become established, the potential for impacts are very profound because they are functioning in a way we’ve never considered a native organism to function,” Johnson said.

Researchers have yet to fully comprehend the impact that human population increases will have on aquatic ecosystems in the Great Lakes, Hunt said.

“There really hasn’t been any other studies that have looked at the role of human population change in combination with something like aquatic invasive species establishment.

”It was just sort of an eye opener for researchers and managers to consider the multiple stressors that can affect aquatic ecosystems, in this case, invasive species and human population change.”