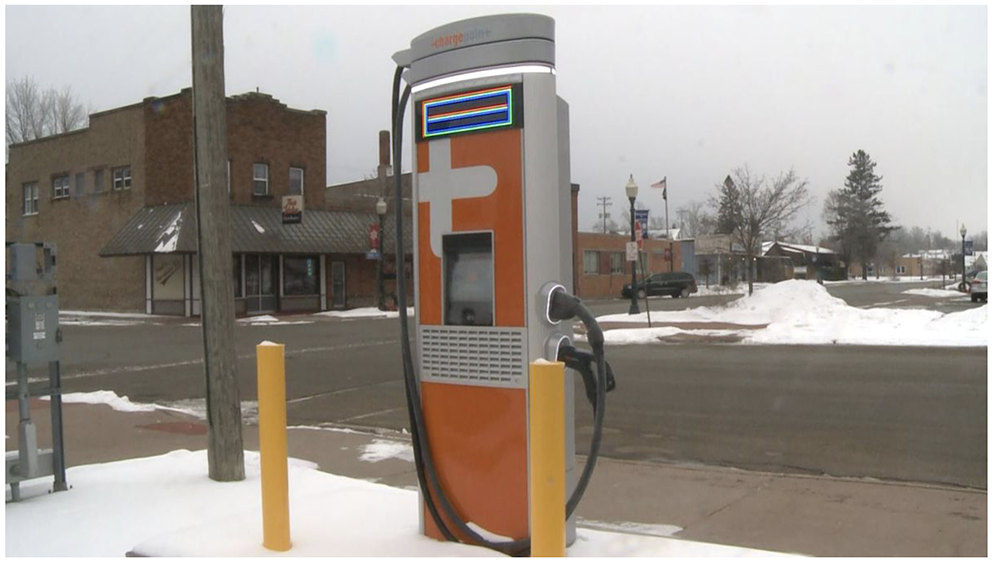 The UP accounts for just 2% of the state’s charging stations, according to the task force’s new report to Gov. Gretchen Whitmer. There are just 14 public charging stations with 24 charging outlets north of the Straits of Mackinac.

The report supports the goal of the Department of Environment, Great Lakes and Energy and the Office of Future Mobility and Electrification of worry-free electric travel in Michigan by 2030. The office is part of the Michigan Economic Development Corp.

Department Deputy Director James Clift said there are challenges to achieving that goal, given the small and scattered population of the UP, but it’s important to accommodate travelers from other parts of the state and from out of state.

“We want it to remain a tourism destination,” Clift said. “We want to make sure people don’t have the range anxiety that they may have otherwise when it comes to electric vehicles.”

The push comes as the Biden administration pursues a $2 trillion infrastructure plan with $174 billion for electric vehicle incentives. The proposal released March 31 includes money to create a national network of 500,000 charging stations.

A White House fact sheet said that what President Joe Biden calls the American Jobs Plan would “establish grant and incentive programs for state and local governments and the private sector to build a national network of 500,000 EV chargers by 2030, while promoting strong labor, training and installation standards.”

A 2018 study by Michigan State University projected that 12% of Michigan vehicles will rely on electricity by 2030. The study said investments must be made to ensure the power grid can support the growth in electric vehicle use.

General Motors is the first automotive manufacturer to pledge to exclusively manufacture electric vehicles by 2035.

Clift said, “We have to look at it from both sides. How we can service the population and their everyday needs and what it takes to serve the tourism population is what we need to consider. ”

MSU engineering professor Mehrnaz Ghamami created a map plotting out the best placements for charging stations in the state.

“We are really using this map as our guiding tool,” Clift said.

The department’s Charge Up Michigan program began giving out grants for electrical charging stations in December 2019. The initiative has funded over 45 so far.

Environment, Great Lakes and Energy will cover a third of the cost for electrical charging stations for up to $70,000.

According to department public information officer Nick Assendelft, money for the Charge Up Michigan program comes from the $9.7 million allocated to Michigan through the nationwide Volkswagen diesel engine fraud settlement.

Assendelft said that the UP is a key location for electric charging stations.

“The idea is there are areas across the state where charging intervals will make it safe for someone to travel across Grand Rapids to Marquette,” Assendelft said.

DC charging is much faster than traditional AC charging because it converts the power before it enters the vehicles.

Of 317 DC charging stations in the state, only one is in the UP, in Dickinson County.

As the sale of electrical vehicles continues to rise, Clift said it’s important for UP communities to use the grants to adapt to the change in technology.

“People (will be able to) go from state park to state park and know that they can take that Up North vacation and never really have to think about where to find a charger,” he said.