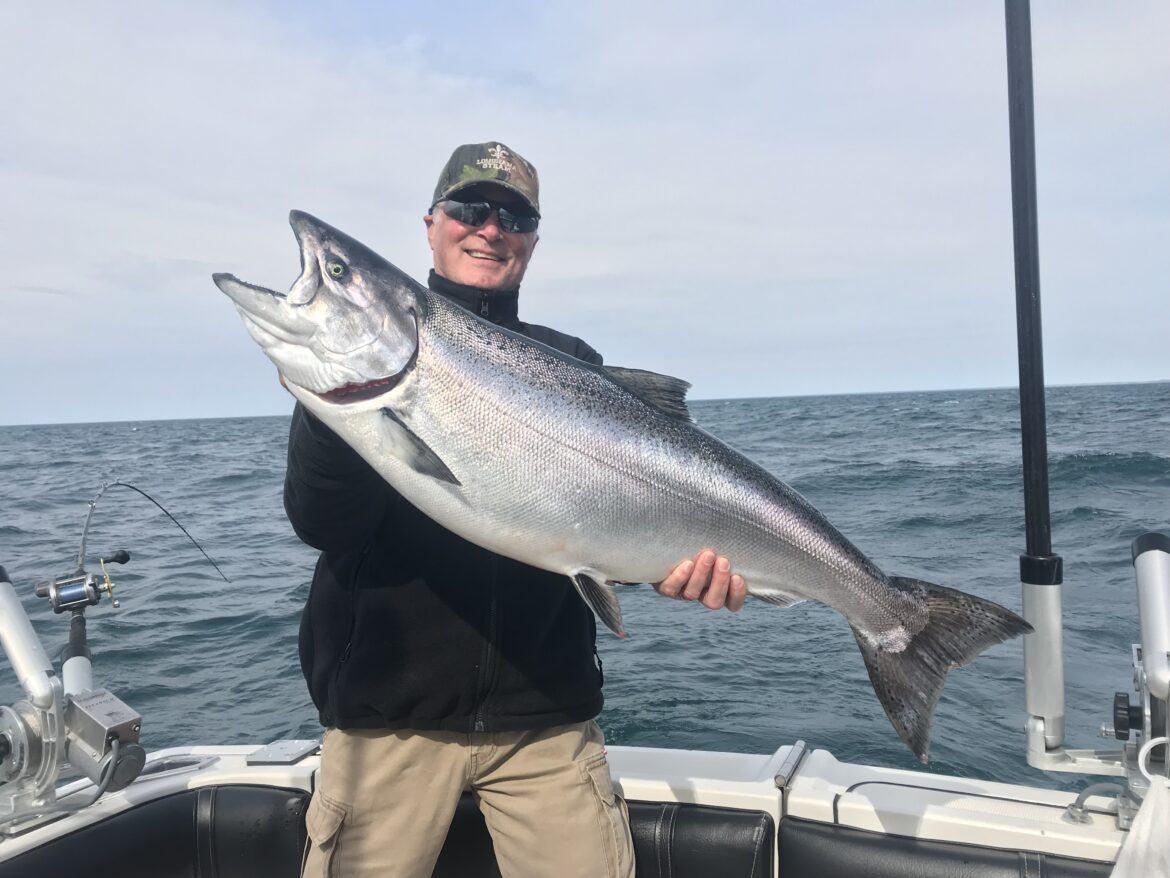 As the COVID-19 pandemic has upended much business as usual in the last year, charter fishing ventures on the Great Lakes say they’ve experienced higher demand for their services and look to this summer with anticipation.

During the spring and summer of 2020, after weeks or months of avoiding nonessential travel, many Michigan residents decided to pursue fishing in their new normal.

That’s reflected by July 2020 data from the Michigan Department of Natural Resources (DNR) that found fishing license sales up by nearly 85,000 over the same time in the previous year – an 11% increase.

The state also saw nearly 240,000 new fishing customers at that point in the season, up from the average of around 170,000, according to the DNR.

However, Gaul said he feels that charter operators saw an improvement when they were allowed to operate.

“It increased dramatically,” he said. “People were so tired of being cooped up, I think once they got the green light, it just opened the flood door. And us being outside, I think that helped big time.” 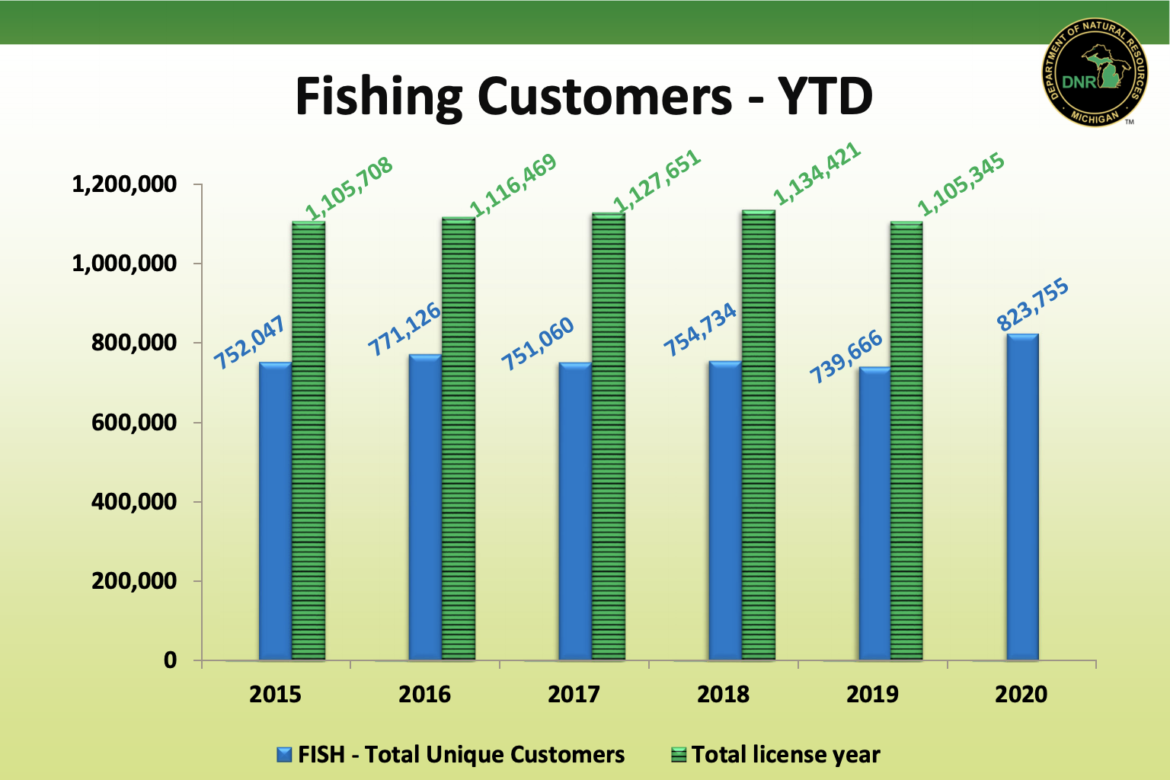 Gaul said that he shares high hopes for this season as well.

“As of what I have right now on the books, it’s the most I’ve ever had for April and May. So I think we’re on course to just have a phenomenal year. Hopefully we don’t have any outbreaks or anything crazy that happens again, but I think this year’s going to be a really good year,” he said.

Capt. Russ Clark of Sea Hawk Charters in St. Joseph said his business was similarly affected by the pandemic.

“I would almost say that business might’ve increased some, because I think people are trying to get out and about, and just felt confined and were just trying to get in the outdoors,” he said.

Speaking of restrictions currently applying to charter fishing businesses, Clark said, “Nothing major, just smaller groups and stuff like that. Being that we’re open air, they were somewhat more lax than with indoor places.”

The DNR requires anglers and clients wear masks and keep at least 6 feet apart when possible.

Asked if he expects this season to see a similar increase in business, Clark said, “I think so, but I think some expenses are going up – for example, fuel costs and stuff like that, so for people traveling that could have a negative effect possibly.” 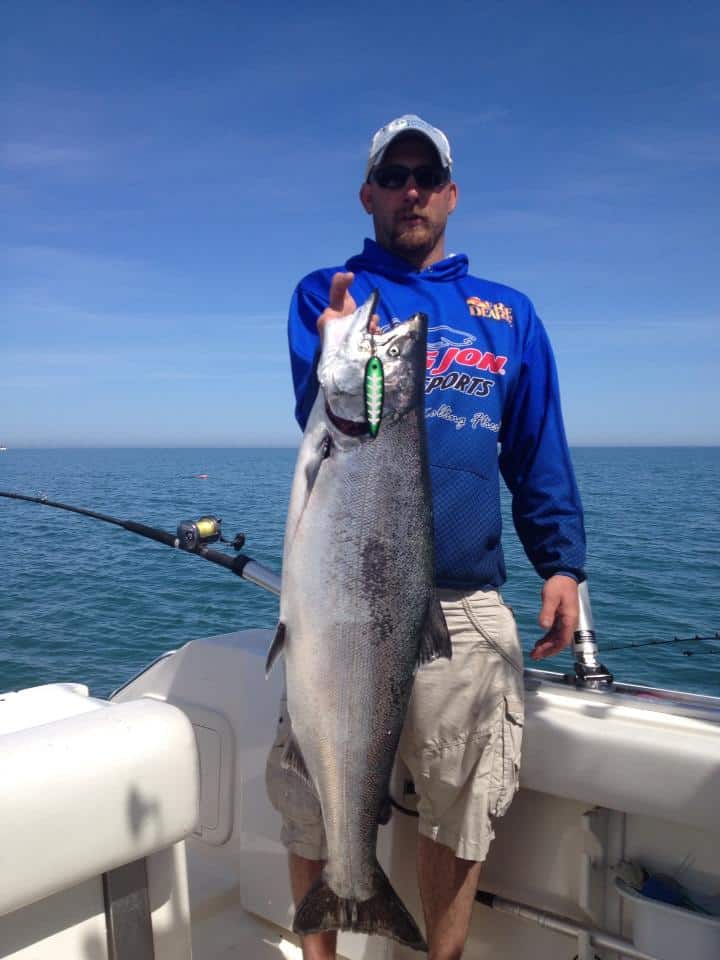 Capt. Ben Orr of Daydreamer Fishing Charters in Traverse City said restrictions on international travel may have boosted his business.

“It dramatically increased last year because we’re an outside activity, and we saw people that would normally be traveling to other states or other countries staying closer to home and doing more things,” he said.

“It’s impossible to tell,” Orr said. “We thought last year was going to be slow and it was really busy. So we have no idea what’s going to happen – we’re hoping for another busy season obviously.”

And Capt. Dan Lasky of Going Deeper Sportfishing in Charlevoix said he shares that sentiment.

“My gut feeling says we’ll be close to what last year was, with people still being restricted as far as traveling out of the country and to farther away places, so my anticipation is to be as busy as we were last year for sure,” he said.