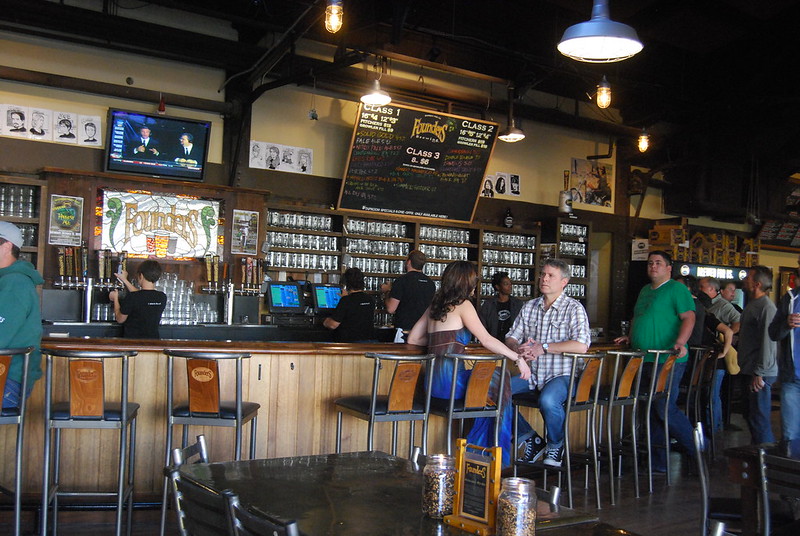 West Michigan is celebrated nationally for its breweries.

From the lakeshore breweries that line the coast of Lake Michigan to the downtown breweries that have made Grand Rapids the self-proclaimed “Beer City USA,” breweries are a staple of West Michigan.

Two of them, Tibbs Brewing Co. in Kalamazoo and Craft Beer Cellar in Grand Rapids, closed permanently as the COVID-19 pandemic hurt them financially.

But state grants are helping keep other breweries open.

Osgood Brewing in Grandville has suffered from a lack of sales brought on by the pandemic, owner Ronald Denning said. The company received a $15,000 Michigan Economic Development Corp., a government agency that helps businesses grow through investment in businesses and communities.

Overall, MEDC’s Small Business Survival Grant Program has distributed grants to 5,960 businesses which has saved 55,783 jobs since Jan. 14, according to the agency.

“Being able to use it towards payroll really helped soften the blow,” Denning said. “Basically, it helped keep four of my employees on payroll between kitchen and management.”

“Restaurants have taken on a lot of struggles from COVID,” Denning said. “Quite honestly if it wasn’t for the MEDC grant and the PPP funds we wouldn’t have made it through.”

“When we did takeout things were going decent for a bit but it wasn’t enough,” Denning said. “We were still taking a loss, and it was a matter of how much of a loss do we take? Even though we’re taking a loss by being open, it’s less of a loss than if we closed our doors.”

According to Denning, the length of the pandemic has been hard on Osgood Brewing.

“You have certain funds that you save for things happening — that’s just a normal part of owning a restaurant—but over time those all got dwindled even with the PPP, so that’s created a hole we have to dig out of,” he said. “That’s why I’m really hoping that people do come out and it does start to return to normal.”

“That money allowed us to keep going with our bills and not fall behind,” VanPortfliet said. “We have to pay for propane, electricity and rent. All those daily expenses don’t stop, so that money just helped us limp along and not have to close our doors.”

“We brought back one of our main employees with that money and we were also able to increase our outdoor area,” VanPortfliet said.

According to VanPortfliet, increasing the brewery’s outdoor area was a good investment.

“The fact that we only were able to do pick-up and delivery of our food and beverages was a huge toll,” she said. “We were very thankful that we had the insight to invest in a large tent so that we were able to have a few people still stop in and enjoy themselves.”

Vanportflied said the pandemic hit the company in unexpected ways.

“All of it went right to our employees,” Kamp said. “They were partially furloughed because there wasn’t 100% work at the time, but when they had to work, we paid them hazard pay based on the conditions.”

“Congress was debating on the stimulus package at the time and our employees were underemployed, trying to get unemployment, but it wasn’t really enough,” he said. “This grant was really helpful in being able to provide employees a bridge to be able to be able to put food on their table.”

Kamp said Pigeon Hill Brewing has two facilities, a taproom and a production facility which was completed in 2019. The taproom recently reopened to 50% capacity, he said.

Kamp said he hopes business will pick up as vaccine distribution continues.

“We’ve seen a decent bounce back—not quite to where we were at because we’re only at 50% capacity—but we definitely sense that pent up demand our customers are feeling.”

“The last few weeks have been awesome,” he said. “I hope everyone continues to come out to eat at their local restaurants. If that’s the case, I am confident that it will stay this way.”