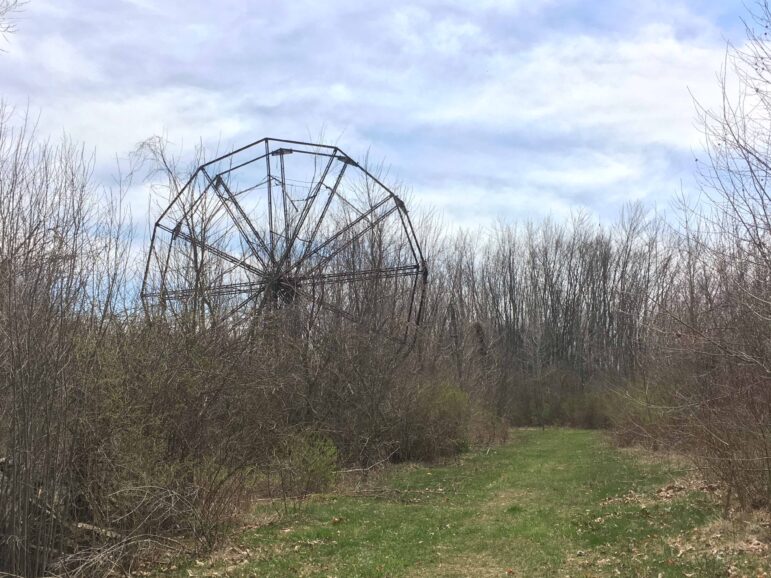 An old amusement park in Ohio will see new life as a public park and wetland that fights harmful algae.

The Chippewa Lake Amusement Park in northern Ohio’s Medina County will be repurposed as part of an effort to eliminate algal blooms from Chippewa Lake, Ohio’s largest glacial lake.

It is a story that has been decades in the making, said Nathan D. Eppink, director of the Medina County Park District.

The Chippewa Lake Amusement Park opened in 1878 and closed a century later. In the following years the park district made numerous efforts to purchase the land.

“I remember it well. It’s one of those things that people remember going to and enjoying,” said Stephen D. Hambley, the vice president of the Medina County Board of Commissioners who has lived in the county his whole life.

The park district then pitched a wetland restoration project to Gov. Mike DeWine’s water quality initiative, known as H2Ohio. Recently the agency announced it would fund work for three sites within the county, including the amusement park. The estimated cost is $1.52 million.

“Everybody associates fun and good times with an old amusement park. So then people see it and they say ‘I’m in,’” he said. 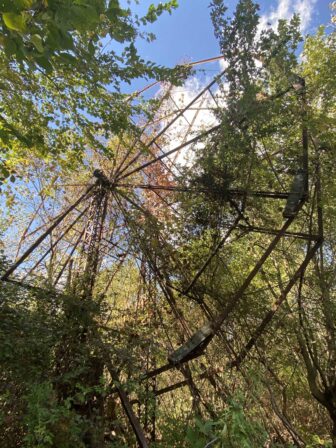 “Where else can you walk through the woods and see an old Ferris wheel?” he said.

The project will also restore a stream that feeds from a nearby inlet into Chippewa Lake. That will reduce the nutrients flowing into the lake and nourishing harmful algal blooms, according to H2Ohio.

Another small wetland just south of the amusement park will be used for kayaking and to demonstrate the benefits of wetlands, Eppink said.

Dozens of other wetland projects by H2Ohio are underway throughout northern Ohio, including sites in Sandusky, Paulding and Seneca counties.

“We feel like this is a cost-effective, beneficial approach for water quality that has a lot of add-on side benefits,” said Eric Saas, the H2Ohio program manager at the Ohio Department of Natural Resources.

Harmful algal blooms first appeared in Chippewa Lake in 2014. The algal blooms release toxins into the water that can cause sickness and death when above a certain threshold.

In 2018, researchers studied Chippewa Lake for more than six months and found that the algae was caused both by internal nutrient loading and from sources like lawn fertilizers, farm fields and septic systems. Significant storms washed these nutrients into the lake system, leading to algal blooms.

While project estimates place completion in December 2023, Eppink stressed the importance of patience to residents eager to explore the park and wetlands.

“Patience is a virtue. This site was abandoned for 40 years. We’re not going to have public access in six months,” Eppink said. “This will take a few years, but good things come to those who wait.”