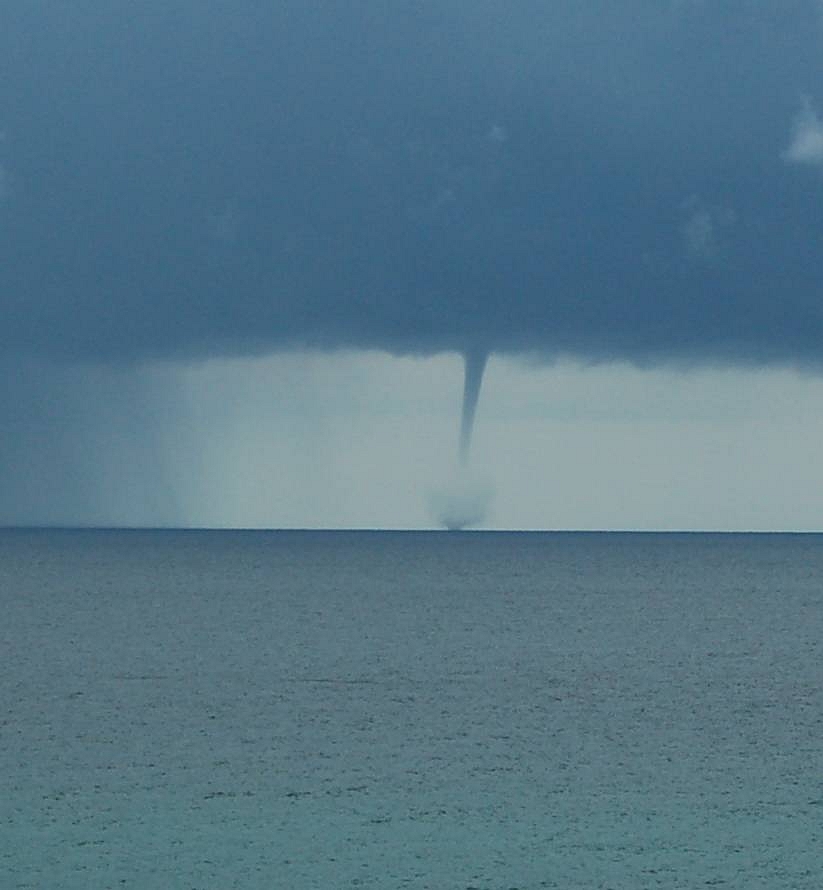 The Great Lakes produced a new high record in its number of 232 waterspouts from Sept. 28 through Oct. 4.

It tops the previous highest waterspout outbreak of 88 waterspouts in the month of  August.

So what caused this high record outbreak for the lakes?

“The reason we had so many of them is because we actually had much colder air from Canada, blowing over the warmer water,” said Matthew Cappucci, a digital meteorologist specializing in convective weather at the Capital Weather Gang, which is affiliated with the Washington Post.

Cappucci, who is based in Washington, D.C., focuses on severe weather such as thunderstorms, tornadoes, waterspouts, flooding  and hurricanes.

“And when that happens, because the water was so much warmer than the air, that water touches the air and causes the air right near the ground to try to rise. And sometimes when it rises it gets sucked up into the clouds and starts spinning,” he said.

Cappucci also said, “These waterspouts are too small to be influenced by climate change.”

Waterspouts have the look of a tornado and are, in fact, a form of a  tornado.

With these spinning storms going across the water, people might be alarmed, but they’re not as dangerous as some might think.

Wade Szulagyi, the  director of the International Centre for Waterspout Research in Toronto and a meteorologist at Environment Canada, said, “There are two kinds of waterspouts. One is a tornadic waterspout “associated with severe weather and can move from the land to the water or the other way around.”

“The other is fair-weather type waterspouts, which are more common. We get those about 85 percent of the time. And those form with non-severe weather type situations to get cool air moving over the warm waters, and the air comes together. So they are a marine hazard.”

Szulagyi said waterspouts are also a hazard to aviation because they cause severe turbulence for light aircraft and helicopters and are a danger to search-and-rescue and small planes. While they’re also dangerous to people along the shoreline, most usually dissipate when they move inland.

But what about aquatic life? Are they safe?

“Waterspouts are known to have sucked small fish out of the water — some  call it ‘raining fish,’” Szulagyi said.

So it’s best to avoid waterspouts when on a boat, swimming, flying over the water or even hanging out on the beach, said Szulagyi.

Cappucci said, waterspouts are common on the Mediterranean Sea because it’s warm.

Cappucci also said Florida is the number-one place in the world for waterspouts, especially near the Keys.

Meteorologists can predict whether or not conditions will be supportive of fair-weather waterspouts up to a day beforehand. They look for relatively warm lake temperatures, cold air moving in behind a front, light winds, and high moisture content in the lower atmosphere.

Waterspouts are most prevalent in August, September and October, and then start to die off as the weather becomes colder.