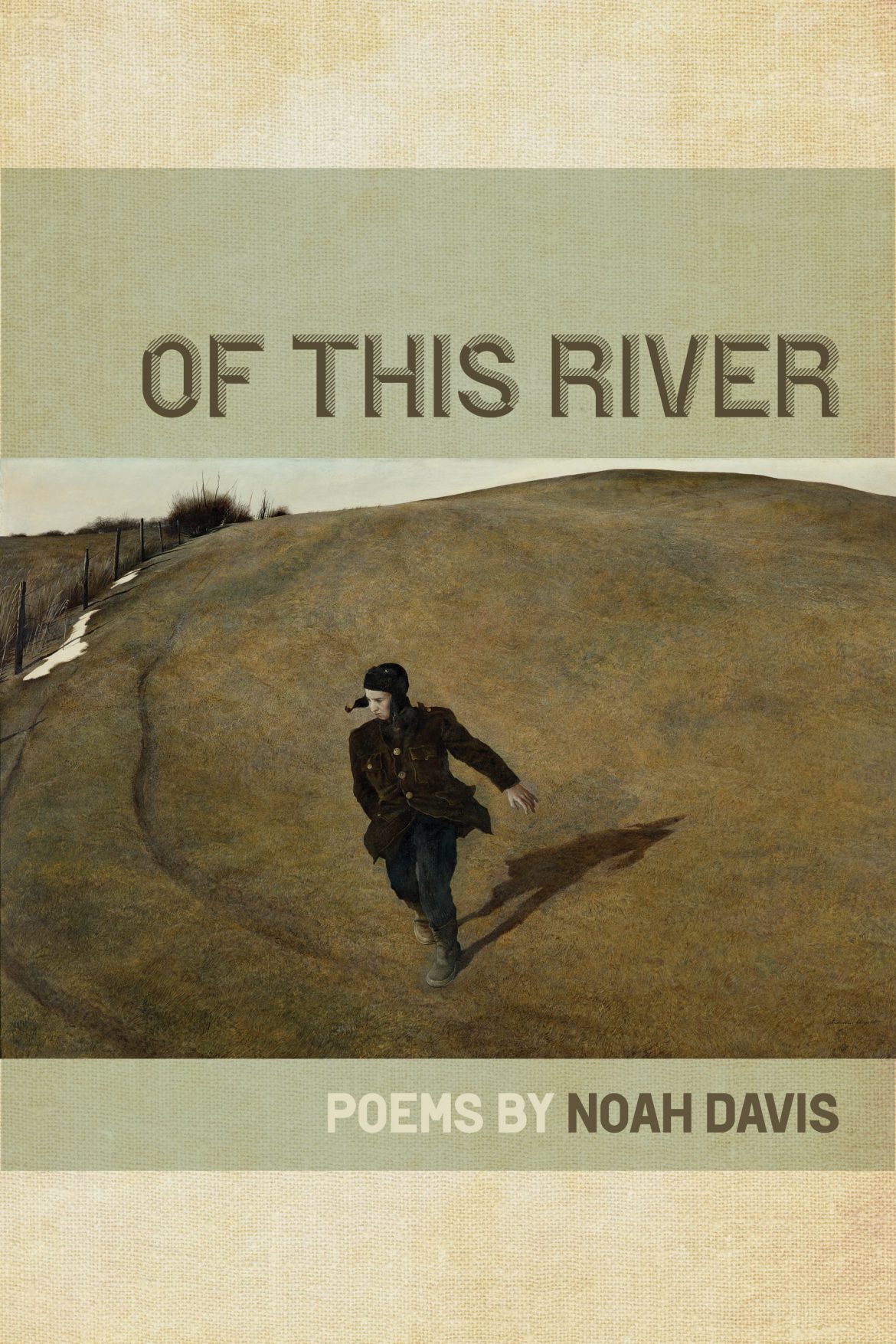 “Drowning as Taught by Short-Haired Girl” by Noah Davis

The first sentence of the second poem in Noah Davis’ new book, “Of This River” (Michigan State University Press, $15.95), describes how a drowning girl sees life flash before her eyes as water fills her body and her mind wanders.

Water and nature are a big theme throughout this book of poems.

The first poem in the book was written in an Eastern (Chinese) style where the idea is to have an image sit there in the reader’s mind.

Davis, 25, published his debut book, “Of This River,” this summer. It focuses on the Allegheny Front in Appalachian Pennsylvania.

Davis grew up in a rural area in Tipton, Pennsylvania and was always surrounded by and involved with nature, whether playing in the woods behind the house, in the river or hunting.

“It really showed me a lot of the world that I just wanted to continue to celebrate,” Davis said.

With the poems, Davis shows how life works in its many ways, the good and the bad. They cover the beauty, but also the ugly truths, of life. They talk about death, transformation, poverty, violence and more.

“Skins” talks about new life coming into the world, but at the cost of another life.

Many people in the Appalachians hold certain superstitions and believe that if a woman has complications during birth, wrapping the skin of a rattlesnake around the leg helps the baby coming out.

“The baby is supposed to fear the rattlesnake skin and it will try to get out and away quicker,” Davis said.

And the fear lives

in these shapes until one day in January

these babies, who have grown into children carrying

their own fear, hike to a talus slope and with axes

chop away a chestnut stump,

where they find thirty rattlesnakes

curled in cold and kill every one of them.

This stanza from “Skins” describes the many reactions one can go through in life when being that close to something (snakeskin) from the natural world at birth. “How are they going to take that?” Will the children grow to love snakes, fear them or associate them with the place in which the experience took place?

Davis’s poems are descriptive and paint an image in the reader’s mind. They leave you wondering so many different things after reading them.

His writing process is not what most would imagine, given how detail-oriented his poems are.

“I’m a pretty boring guy when it comes to the place where I write,” Davis said.

He sits at a desk that faces a wall without a window. He usually writes in 30-minute to 1-hour intervals with 10-minute breaks.

Davis explores the life of the “short-haired girl” and uses her drowning experience to show memories of the river valley where she lived. The poem talks about the human and more-than-human experience in that valley.

The “short-haired girl” is seen in the title of 25 of the poems. She is used as a symbol for the girls who lived where he grew up.

From reading these poems, Davis said he hopes that the audience “want to go and find the mystery in their own wild natural places.”