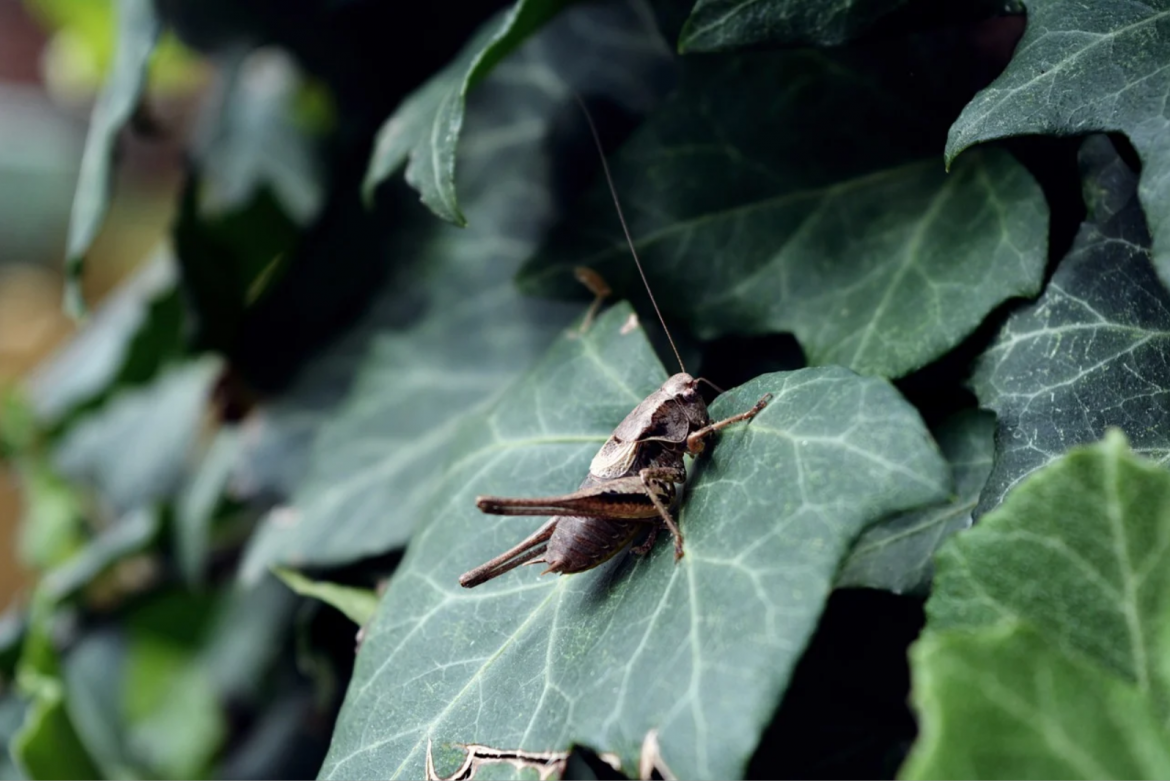 Counting the number of cricket chirps produced in 14 seconds and adding 40 to the total will produce an accurate estimate of the outdoor temperature in degrees Fahrenheit, according to the Old Farmer’s Almanac. The almanac was founded in 1792, making it the oldest continuously running publication in the United States. It includes year-long weather forecasts, cooking and gardening tips and folk wisdom.

The original version of this formula, Dolbear’s Law, was published in 1897 by scientist Amos Dolbear in his article “The Cricket as a Thermometer.”

Dolbear’s Law uses a more complicated formula that includes counting the chirps for one minute, but the simplified version using only 14 seconds has since been popularized.

Crickets are a part of the Orthoptera insect order that also includes grasshoppers and katydids. The insects are generally defined by their straight leathery looking wings that cover their abdomens, said Anthony Cognato, a professor of insect systematics and the director of the A.J. Cook Arthropod Research Collection at Michigan State University.

“A cricket is distinguished between other Orthopterans because their antenna is long and thread-like, and they produce their calling songs by rubbing their wings together,” he said. “In contrast, grasshoppers have very short antennae and they rub their hind leg against their body to make sounds.”

The chirp to temperature conversion works because crickets are exotherms, meaning their body temperature and activity are influenced by the external temperature, Cognato said.

“When it’s cold there’s less energy so they move slower and when it warms up they can move faster,” he said. “A cricket needs to move their wings back and forth to make the sound that will either slow up, or speed up, the rate of which they, I guess, twitch.”

Crickets make these sounds for a few reasons. The most common reason is to call other members of the species closer to a lone cricket which brings females nearer giving them an opportunity to mate, Cognato said.

Other reasons for chirping can be courting females, an aggressive encounter between males and sounding a danger alert, according to the Old Farmer’s Almanac.

However, with 21 different species of crickets in Michigan the change in frequency of these calls can cause problems.

“You can get confusion between species,” Cognato said. “If you warm up so much that your calling at a greater frequency you might overlap with another species, and you’re going to draw other species to you and not necessarily the females that you’d want to mate with.”

Summer nights in Michigan are ideal for trying out Dolbear’s Law before the temperature falls around 50 degrees Fahrenheit when crickets stop chirping.

For those interested in converting chirps to a scale other than Fahrenheit, the National Weather Service has an online cricket chirp converter that will automatically use the number counted to produce an estimate in Fahrenheit, Celsius, Kelvin or Rankine.