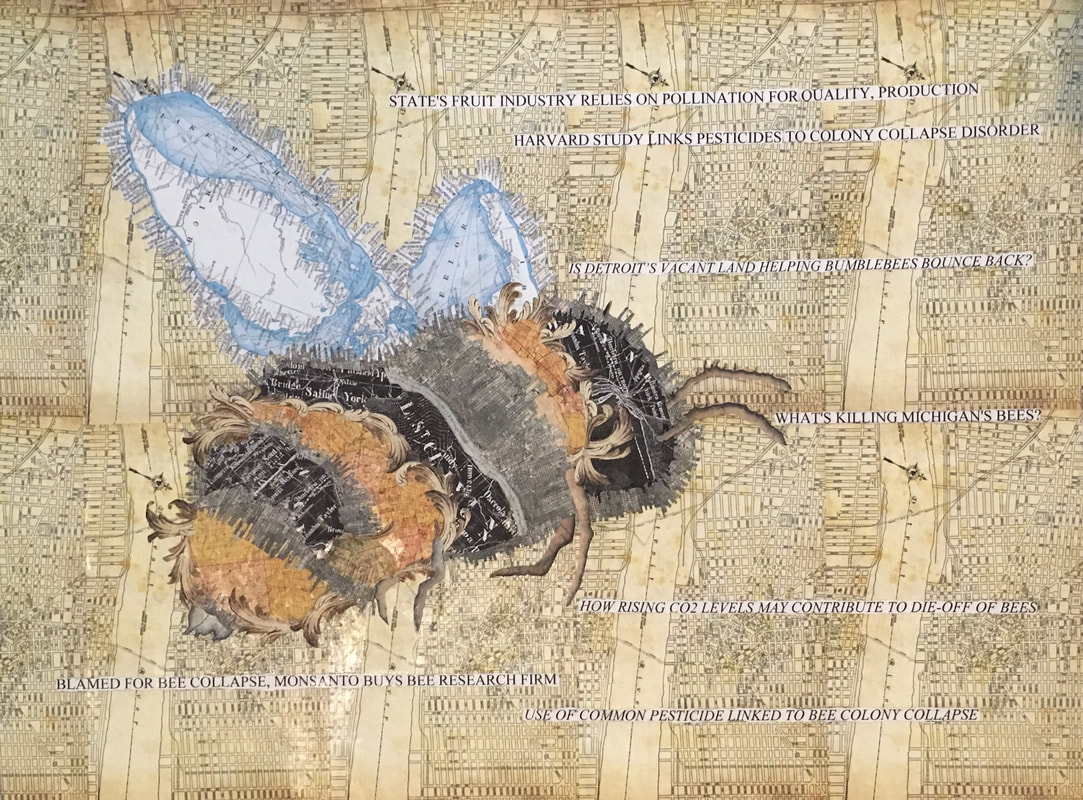 The organizers of an environmental art exhibition planned for the Detroit Center for Design + Technology this summer had to scramble for a new venue.

When COVID-19 shut down art exhibits across the nation, they moved the event online. It was too important to lose, they said.

“This was different than just having an artist in a gallery. That can be done at any time,” said Andrea Bogart, the manager of the Detroit Center for Design + Technology at the Lawrence Technological University College of Architecture and Design.  “Climate change is something that always needs to be talked about, but really needs to be talked about now. And we didn’t want to stop this conversation from happening.”

The exhibition and panel discussions on sustainability in design explain environmental dangers and foster relationships between people and corporations to address environmental issues like global warming, according to the event website. 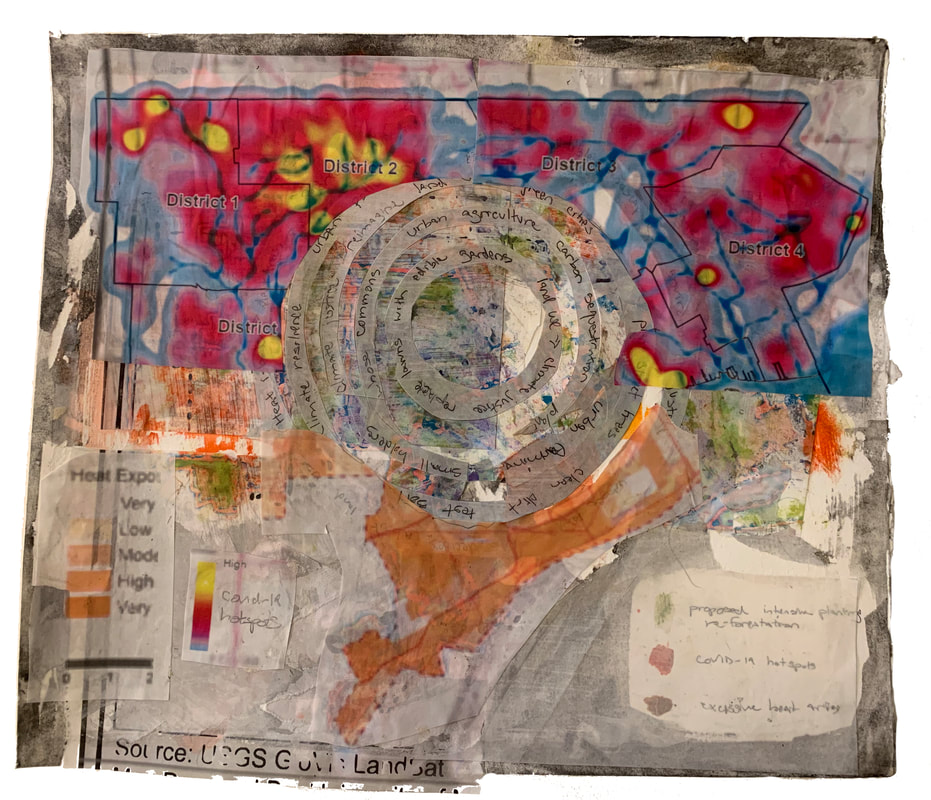 The online exhibition has an architecture showcase where architects and developers give a virtual presentation about their work. They explain how changing the way buildings and communities are made can limit their harm to the environment, Bogart said.

The exhibition’s title, “Yeah, What Lester Said,” is a reference to  Lester Brown, an award winning environmentalist who pioneered the concept of sustainable development.

Brown’s work aligned with one of the main topics of the event — the role architecture and construction plays in the environment and climate change. The organizers chose to put his name in the title because they are inspired by his work, Bogart said.

One of the challenges they faced with moving the exhibit online was to achieve the same emotional connection to the art as you get in person, said Bogart. So, it also includes artist discussion panels, a documentary on climate action in Detroit and an audio re-interpretation of an agriculture experiment. They wanted to involve the audience in more ways than simply looking at a screen, she said.

Brenda Miller, an Ann Arbor environmental artist, contributed collages of maps of Michigan, the Great Lakes and Detroit as backgrounds for paintings of nature.

Miller said she was inspired by the concept of carbon neutrality which means having an equal balance between carbon emissions and carbon absorption in the atmosphere. Carbon emissions contribute to climate change.

“It’s a little bit subtle in the piece, but I look for images that would represent both sides of that issue, but also be beautiful,” Miller said. “So, show the destruction but in a way that the eye could be drawn in, and could take on the subject and not be repulsed or turned away.” 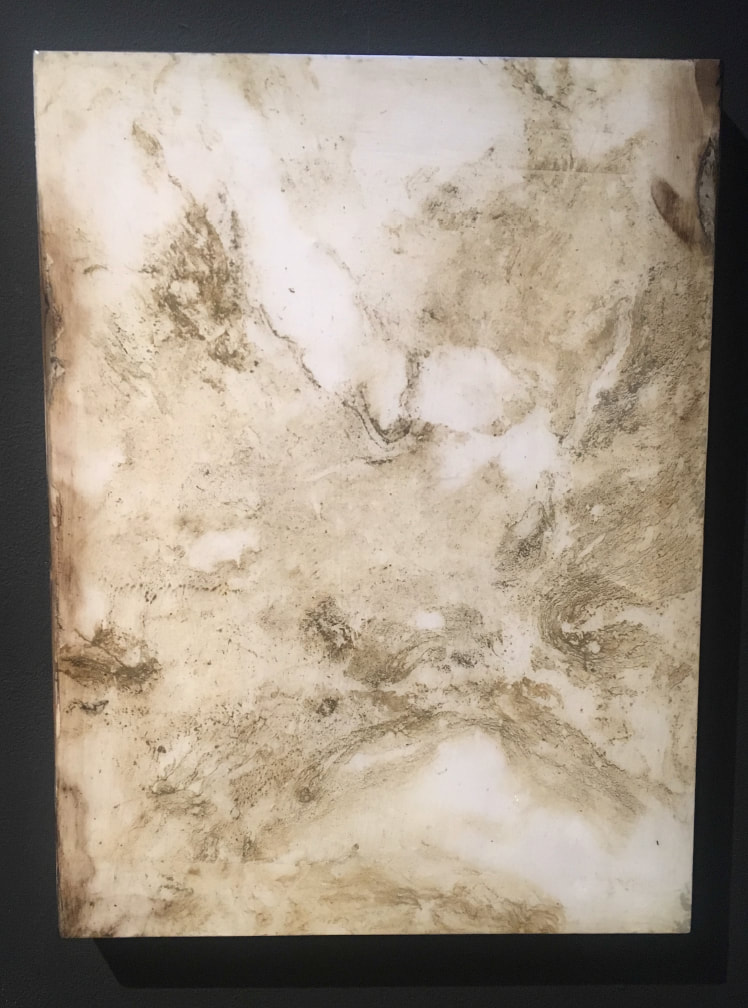 Miller said she understands what it’s like to feel powerless when faced with issues like climate change. But seeing the work that so many people are doing to create change at events like this are important to highlight because they are inspiring, she said.

New York City artist sTo Len created three monoprints, a form of print in which each piece can only be made once, for the exhibition. Despite being located in another state, Len said he feels all the artists are “speaking the same language” with a larger universal message.

He created these pieces by printing the pollution directly off the surface of three creeks onto paper with a Japanese print-making technique.

“If you just give people some really nasty water, they’re going to run away,” Len said. “But one of the things I try to do is actually make stuff that’s beautiful, or aesthetically pleasing, to draw you in. Then once I have you, you can read a little bit more about how it was made, and where it was made and why.”

The artists’ intent is to make an environmental message accessible without being intimidating.

That is also the core of Leslie Sobel’s work.

The Ann Arbor artist is also an organizer of the online exhibition. Her work often includes data, mapping and satellite images produced by scientists.

For this event, in her piece titled “Detroit Data,” she overlaid maps of COVID-19 hot spots with maps of environmental issues in Detroit to explore how injustice in one arena can translate to others too.

“I think it’s critically important to take scientific information and make it emotionally accessible, and meaningful, to people who are not scientists.”

The online exhibition ends on Aug. 15, but Bogart said all of the art and recorded talks will remain online in the Detroit Center for Design + Technology’s blog after the initiative is over.