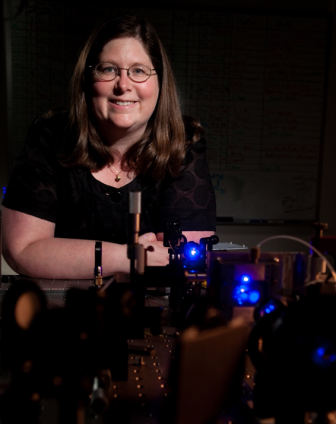 Editor’s note: This story is part of  Coping with COVID-19, a series of brief looks at people in a pandemic.

Echo: What will you do first when the stay-at-home order is lifted that you can’t do now?

“We’re trying to keep my lab going by keeping cells alive. And then, you know, since we do have the cells alive, I can do a few experiments, and basically some very brief things that don’t take very long. We had to finish up collecting some data for a paper that was submitted yesterday.

“Yeah, I mean getting back to work is one of the big things. I guess, getting away from my family is another issue. I’ve been able to go to campus in order to teach a class, so now I don’t have that excuse anymore.

“It would be cool to, you know, go on a vacation, if you could ever get on a plane again. We had talked about going to Costa Rica, that was kind of an exotic one, but I’d settle for going to, like New York or something like that.”

Echo: What have you learned from the quarantine that you don’t need or want and that you just won’t bother to return to after the stat-at-home order is lifted?

“I don’t know, I pretty much miss real life. The thing that’s been the weirdest for us has been grocery shopping, but I certainly would like to buy things like flour and yeast again, that would be nice. I did learn how to make sourdough bread, and so I can say I don’t need yeast, but I think I’d probably buy some if I could.

“You know, we can’t eat out anymore, so we’ve forced ourselves to cook. That’s been really good for us, but you know, I’d probably go out to eat if I could. But I certainly think I’d do it less.”

Echo: What have you enjoyed during the quarantine that you didn’t used to do, but will continue to do even after this is all over?

“I guess the other thing that happened is because people were trying to reach out and do more group chats and things like that, I’m actually talking to people I don’t see on a regular basis–old college friends and stuff like that. Of course, nothing ever stopped us from doing this before, but now we’re keeping in better touch than we were.”

See the series: Coping with COVID-19