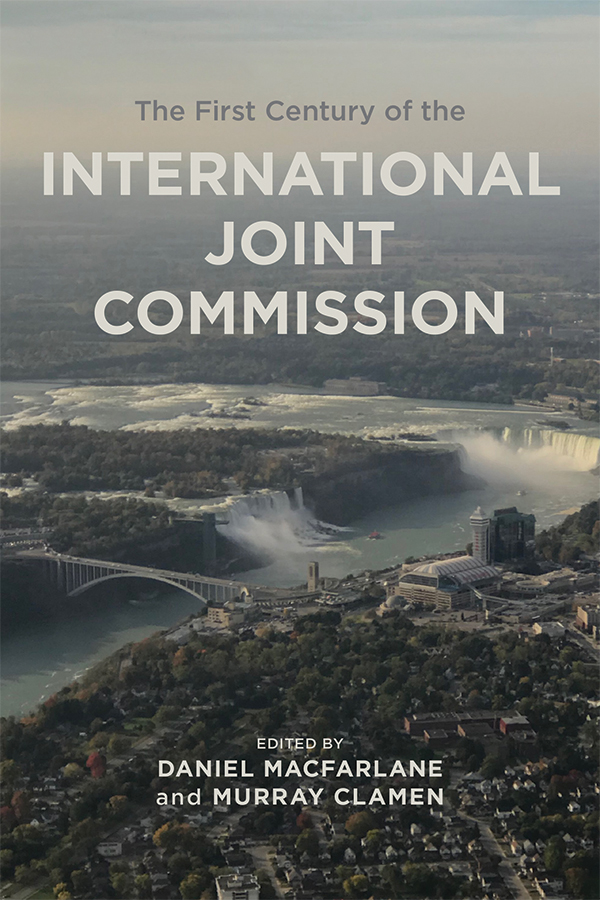 Forty percent of the border between the United States and Canada is water—the fate of which lies in the hands of about 50 people.

“It’s a wonderful tool that costs next to nothing,” said Murray Clamen, retired secretary for the commission.

Yet it’s rarely used because few have heard of it.

“Most politicians, unless they have a reason to be aware of the IJC because it’s something in their constituency, they don’t even know it exists.”

But Clamen and Daniel Macfarlane are looking to change that with their new book, “The First Century of the International Joint Commission.” The book covers the history of the countries’ border waters, the IJC’s shift from an emphasis on water flow to ecosystem conservation and the history of the relationship between the U.S. and Canada.

The binational agency is so unique that it’s magical, Clamen said.

Most countries like to use government-to-government negotiations when dealing with transboundary issues, he said. But that’s a problem because each country has their own interests in mind.

Many organizations around the world try to emulate the IJC, but they aren’t as successful without a treaty to facilitate their relationship, Clamen said.

“Two countries that are not equal are equal when you look at them through the eyes of the treaty,” he said. “And that’s the magic of the IJC.”

Governments are not required to consult the IJC before making environmental decisions. And when the IJC makes recommendations, the advice is seldom taken anymore, Macfarlane said.

But when the governments have taken the IJC’s advice, it’s been very successful.

After events like Lake Erie being declared dead in the 1930s and the Cuyahoga River catching fire 13 times from 1868 to 1969, the IJC proposed the Great Lakes Water Quality Agreement in 1972, Macfarlane said. It is responsible for keeping the Great Lakes clean for drinking and recreation and safe from harmful pollutants.

“It was based on decades of IJC science recommendations,” he said. “So, it never could have happened without the IJC.”

Though the organization has little power on its own, Macfarlane sees the IJC as a vital ingredient for addressing issues like climate change and pollution in the Great Lakes.

It’s a book about the past that informs the present and the future, Macfarlane said.

“My hope and Dan’s hope is that more people will become educated about the IJC and that the governments will understand just how vital it is to the Canada and U.S. relationship,” Clamen said.

The book is also great for anyone interested in the history of the relationship between the U.S. and Canada or anyone who wants to better understand the problems we are facing in the Great Lakes today, he said.

“I am definitely learning a lot from the book and would recommend it to anyone interested in learning more about environmental diplomacy.”

The book can be downloaded for free from the University of Calgary Press.