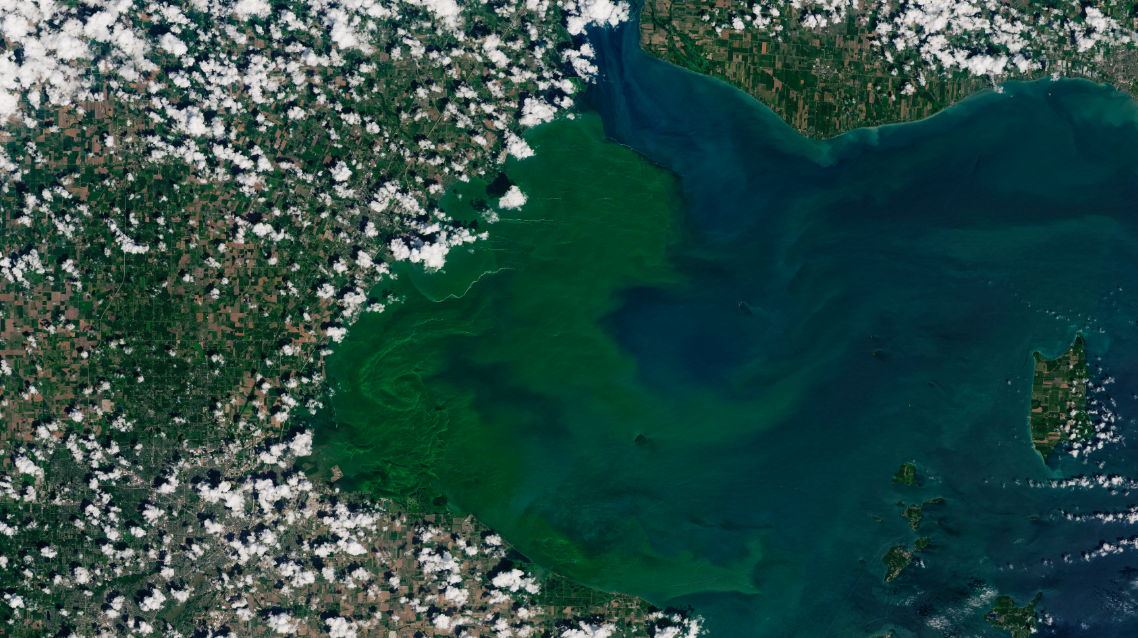 Scientists are trying to find new ways to manage the spread of non-native mussels harming the Great Lakes ecosystem.

A new idea: kill them with another Great Lakes headache, the algae that sometimes blooms too much and threatens water quality.

Recent research found that chemicals produced by blue-green algae, also called cyanobacteria, are toxic to the larvae of invasive zebra and quagga mussels. These mussels are bad for the environment because they attached themselves to native species and they suck all the juicy nutrients from the water that they live in. Such actions harm the ecology and the economy, according to the Great Lakes Commission.

The researchers said if they can isolate that chemical in cyanobacteria, they could use it to control the spread of the invading mussels. The study was recently published in the journal Ecotoxicology and Environmental Safety. 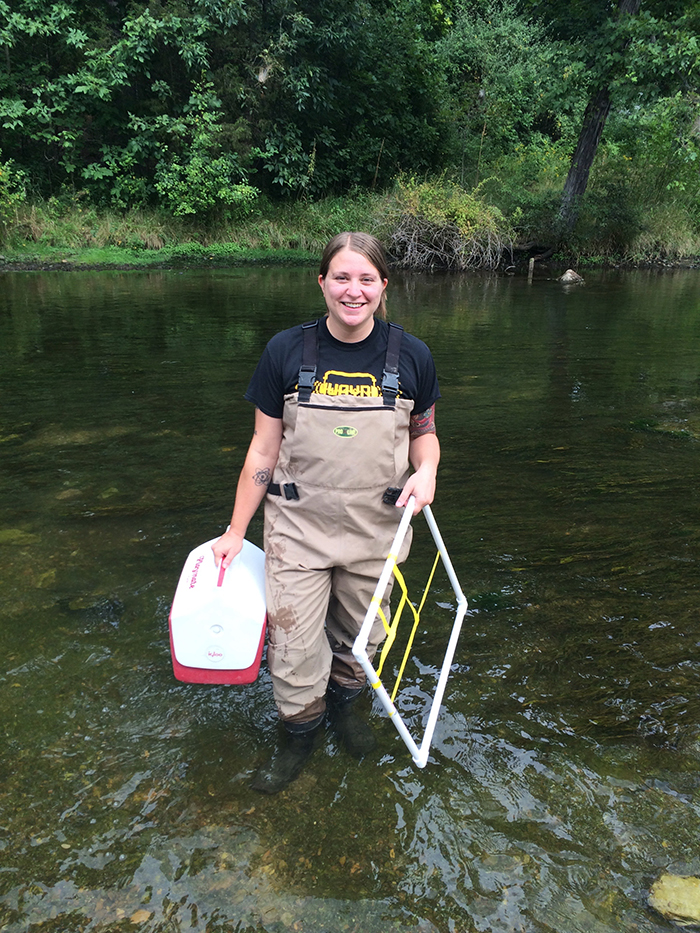 This summer, cyanobacteria caused severe algae bloom in Lake Erie. Such blooms are considered harmful to humans and pets, according to National Oceanic Atmospheric Administration.

In their research, scientist exposed larvae of zebra and quagga mussels with microcystin LR—the most common form of toxin produced by blue-green algae, said the lead researcher Anna Boegehold. At least 75 percent of those larvae, also called veligers, died after six days of the test.

A key question is whether they also kill other things that we don’t want to die.

“The goal of my research is not to promote cyanobacteria blooms so that we can kill these mussels, but to see if we can possibly isolate a chemical, similar to a pheromone, from them that would be detrimental to zebra and quagga mussels only,” Boegehold said.

The researchers are not only exposing mussels to blue-green algae but also other types of algae found in any water. But microcystin works best. “I was surprised that the veligers had differing sensitivities to different strains of the same algae species,” she said.

Boegehold, who did the study while at Wayne State University, collected larvae of invasive mussels from the Detroit River on Belle Isle State Park, during spawning season in 2016 and 2017. Her team gathered these tiny, tiny mussels off the pier with a plankton net.

Invasive mussels had becoming an apparent problem in the last few decades in the region. Through filter feeding, they leave few nutrients in the water for other organism, according to a website dedicated to collaborative effort to fight invasive mussels by Great Lakes Commission. Large amount of them can also impact our economy by clogging intake pipes of water treatment and power plant. Their sharp shells litter beaches that discouraged tourists.

Adult mussels may also help facilitate toxic algae blooms by producing waste that cyanobacteria uses for food. It’s a vicious cycle that led to a toxic environment for other organisms in the Great Lakes region, the Commission said.

“The tools that we currently have are expensive,” said Diane Waller, a researcher at the US Geological Survey.

Biopesticides like Zequanox, for example, costs around $ 10,000 per acre, according to another paper by University of Minnesota. And it works best in warmer water.

Waller has studied a new technique in 2018 to control zebra mussels by infusing water with carbon dioxide. In just four days, 80% to 100% of adult mussels died. This technique works with 53.6 °F or 12 °C water temperature. The study indicates that the colder the water, the more effective carbon dioxides works. But additional tests are needed as they only did the research with that specific temperature, the study said.

This new method needs further tests before scientists can apply it out in the open water, Waller said. Last summer they pumped water into a trailer and infused it with carbon dioxide.

“It was very effective in preventing the larvae and veligers from settling,” she said. “Next year, we hope to scale this up to a larger water system.”

More good news: carbon dioxide doesn’t affect native mussels at all. “I was so surprised that it was much more toxic to zebra mussels than to native mussels,” Waller said. 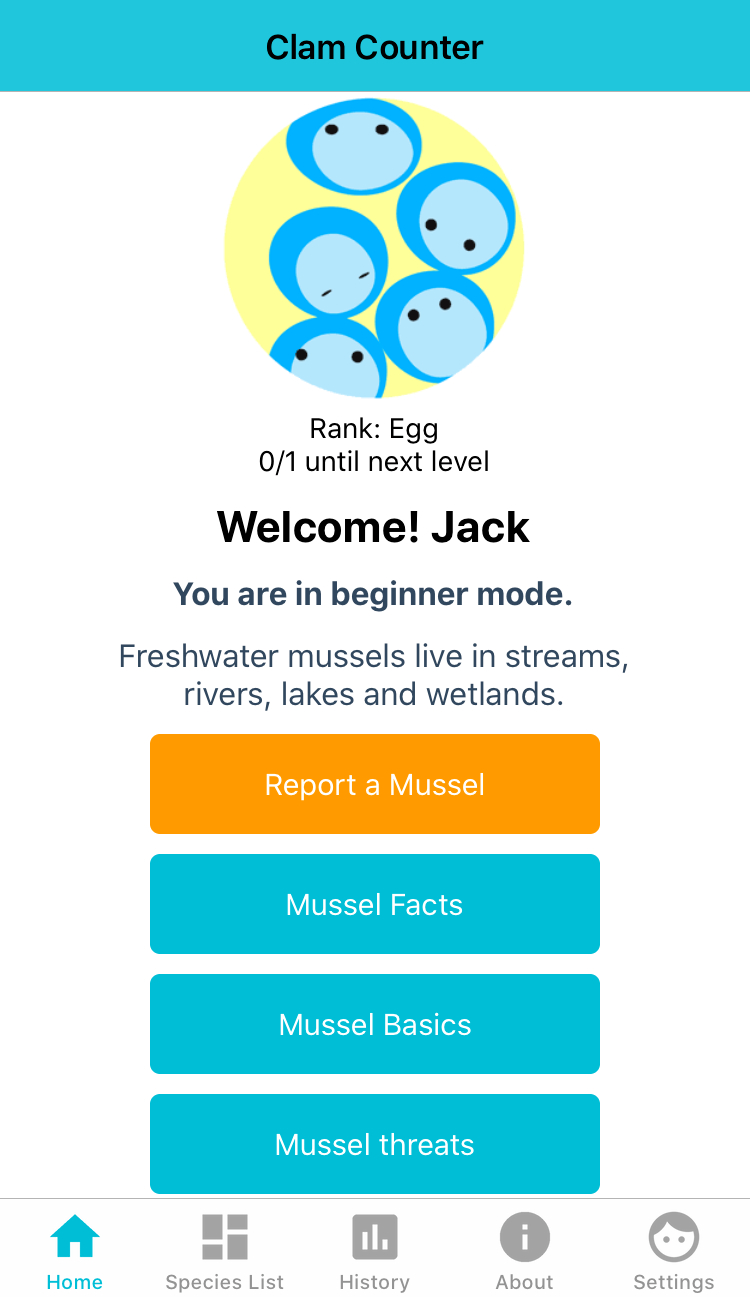 Meanwhile, Fisheries and Oceans Canada and the Toronto Zoo developed a “Clam Counter” app to preserve their freshwater mussels. The app allows users to submit their encounters with 55 species of freshwater mussels–some of them are endangered–to help scientists track their distribution. It’s been downloaded 700 times since its launch a year ago.

“Users have submitted 44 reports of mussel collections across Canada. We are currently in the process of reviewing these reports and looking to incorporate them into our national distribution database,” said Todd Morris, a research scientist at Fisheries and Oceans Canada.

Users can learn the characteristics of each species on the app and submit their invasive mussels sightings.