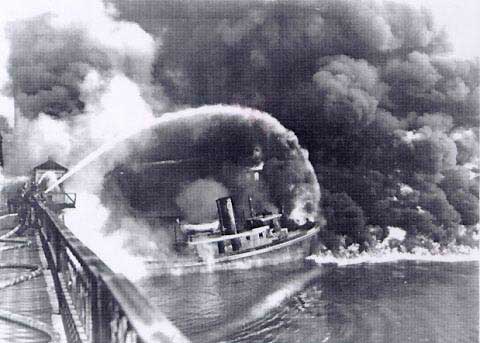 The Cuyahoga River caught fire through the 1950s and 1960s. This is the famous and final 1969 blaze that spurred the movement to clean up the river and other Areas of Concern around the Great Lakes. Credit: USEPA.

Fifty years after the Cuyahoga River burned for the last time, the river’s fish are back on the menu.

It is one step in a decades long cleanup after the river and its fires helped spark environmental awareness nationwide. Since the Cuyahoga River was designated an Area of Concern by the U.S. Environmental Protection Agency in 1987, officials have been working to remove 10 beneficial use impairments—things keeping people and animals from using the river fully, freely and safely. The ban on eating Cuyahoga fish is the most recent one to be lifted.

“It’s an amazing comeback story,” said Jenn Elting, the senior public information specialist for the Northeast Ohio Regional Sewer District, an organization created to help clean up the Cuyahoga after the fire.

So far, only seven have been considered clean enough to be delisted, though five more are recovering naturally after all possible cleanup was completed. The Lower Menominee River Area of Concern in Wisconsin and Michigan had its final impairments removed in February and should start the delisting process this year, according to the U.S. EPA’s director of the Great Lakes National Program Office. 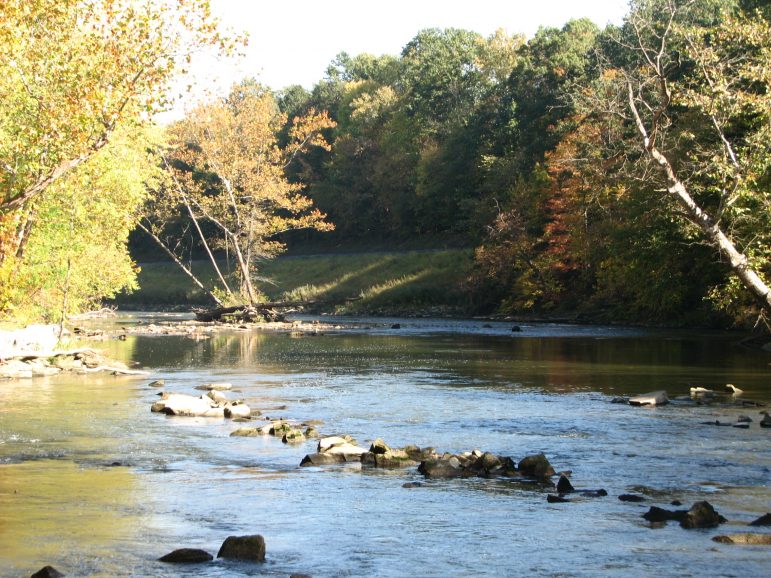 Other fish-related impairments remaining on the Cuyahoga include lack of habitat, small or non-existent populations and fish tumors and deformities. But those challenges are trending in the right direction too.

“Back in the early ‘80s, everything was rated very poor,” Elting said of the river’s diversity of fish. “And now almost everything is in the very good and exceptional areas.”

But, if Cuyahoga fish are on a comeback, that doesn’t mean that hungry anglers should eat all the fish they want.

The Ohio Environmental Protection Agency still has a consumption advisory in place. People should follow the statewide advisory, which recommends limits based on species, said Anthony Chenault, a media coordinator for the Ohio EPA

The fish consumption impairment can be removed because it meets the standard established by the US EPA: that regulations are no stricter than those that apply to Lake Erie. The fish are not contaminant free.

Still, it’s an important step in the Cuyahoga’s cleanup.

This is the third impairment that’s been removed, said Jenn Grieser, the chair of the river’s Area of Concern advisory committee. Seven remain.

Impairments related to aesthetics and public access were lifted in 2017, the first removal since the Area of Concern’s creation.

“These removals were a long time coming,” Grieser said. Their quick succession is exciting.

“Now it’s like we’ve got that momentum going,” she said. “Hopefully we can remove at least one (impairment) each year as it makes sense.”

The next one likely to be removed is undesirable algae, Greiser said.

An impairment concerning the use of sediment dredged from the river could also be removed soon. When all 10 are removed, the EPA will delist the Area of Concern.

That won’t be a consideration until 2025 at the earliest, Greiser said.

Despite the apparent momentum for removals now, 20 years might seem like a long time to achieve that first one. That has to do with the complexity and severity of the problems on the Cuyahoga.

The political landscape, the need to craft new regulations and municipal codes made for a slow start, Greiser said. The Area of Concern covers 43 miles of the river, many of its tributaries and some streams that never join up. 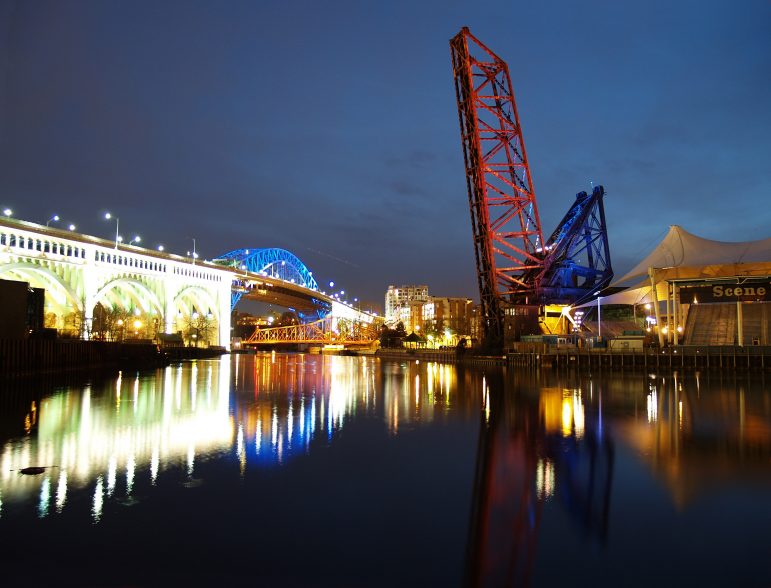 On top of that, the Cuyahoga River’s 10 impairments are more than many other areas of concern. Presque Isle Bay in Pennsylvania only had two. It was delisted in February 2013.

For many people connected to the Cuyahoga, the OK to eat fish is powerful both symbolically and practically.

“In my life time I’ve seen it go from a cesspool that nothing could live in to now that they’ve given approval,” said Jerry Darkes, a board member of the Cleveland Museum of Natural History Trout Club.

“Bottom line is this shows that these heavily impacted rivers can be recovered.”

Darkes says cleaning the river and improving fish habitat is good for fish and local economies. The future removal of a dam could open new habitat for trout and sustain permanent populations in the Cuyahoga.

Recreational fishing brings a lot of people and millions of dollars to the northeast Ohio economy, Darkes said. A healthier Cuyahoga could bring more.

Rather than distancing themselves from the ecological disaster of the past, park staff use it to illustrate just how far the river has come, said Jennie Vasarhelyi, the park’s spokesperson. It points to the efficacy of restoration efforts.

“You can create a different future for highly disturbed sites,” she said.

The park is joining in area celebrations throughout 2019, with a major event planned for the 50th anniversary of the last burning on June 22.

As those working to delist the Cuyahoga River Area of Concern keep rolling back the beneficial use impairments, there may be more to celebrate in the next few years, too.