Thousands of acres of endless trees and undisturbed waters belong to one of Michigan’s best-kept secrets. 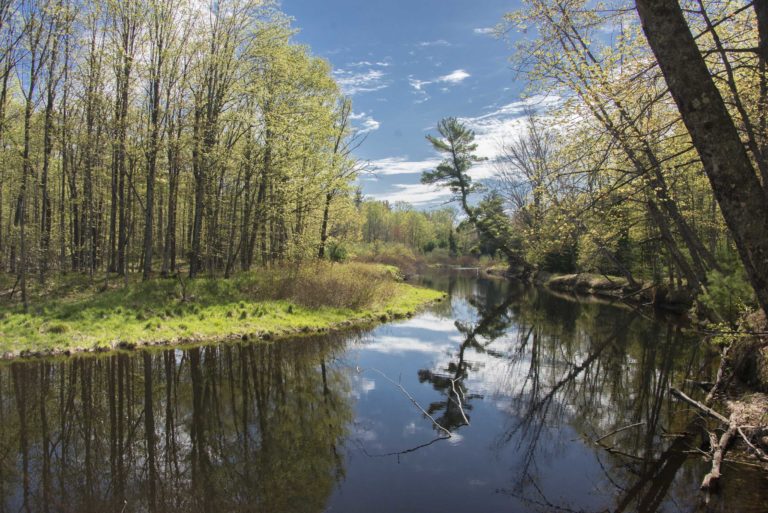 The 26 land conservancies spread out in every region of the state protect natural land from development and give residents an escape into nature.

Conservancies acquire land either donated by property owners or purchased through grants and fundraising efforts.

Heart of the Lakes, a statewide organization that represents the majority of Michigan’s 26 land conservancies, found in its 2017 survey that their members control 638,317 acres.

There has been no recent change in the number of conservancies throughout the state, but there has been a steady expansion of already established lands, increasing by at least 10,000 acres every year since 2013.

The land acquisition priorities for the Walloon Lake Trust and Conservancy, located roughly between Petoskey, Charlevoix and Boyne City, are heavily based on a property’s contribution to the protection of water quality and water resources in the area, said Heather Huffstutler, the group’s director of conservation programs.

“This might mean protecting wetlands or the stream corridor or the lakeshore line,” Huffstutler said. “There’s water quality impact that we want to have, but also to protect land that has some sort of community worth.”

Walloon Lake is within the Little Traverse Bay watershed that eventually empties into Lake Michigan.

“We’re working hard to be relevant to landowners throughout the watershed, as well as people who own the lakefront homes who have been coming here for generations, Huffstutler said.

State and federal grants for conservancies have decreased over the years, forcing local conservancies to turn toward contributions from private foundations and donations, said Andrea Denham, the executive director of the Upper Peninsula Land Conservancy.

The group started in 1999 and protects just over 6,600 acres of forest and wetlands across the U.P.

“There’s a demographic shift, particularly in the U.P. People at retirement age whose kids live out of state and aren’t necessarily interested in the family land are worried about the future of their land,” Denham said. “It’s a challenge to figure out if we have the resources to take care of this additional property.”

The U.P. Land Conservancy is working on acquiring a 190-acre expansion of the Dead River Community Forest that will protect and give public access to the property. The area has been eyed by housing developers and high-profit timber management companies, according to Denham.

“We’re wanting to turn it into a community forest so it will be owned by us but have public input for the management and activities that happen on it,” Denham said. “We really want people to get out on the properties, understand them, get to know them and fall in love with them.”

The public has recreational access to most conservancy land and is free to visit, volunteer or work with their community programs, said Alyssa German, the outreach coordinator for Heart of the Lakes.

“People love going outdoors and they love being able to see new places but don’t realize there’s a lot of natural areas right in their backyard that land trusts work hard to preserve and protect,” German said.

“Our goal is to make sure people are aware of the fact that there is funding that goes into protecting these lands and unless we have that funding, we can’t protect them.”