A federal judge in Cleveland has sentenced a demolition company owner to 21 months behind bars and ordered him to pay $876,228 in restitution for failing to abate asbestos on a project in Canton.

Russell Stewart, who owned and operated a company called Chemstruction in Chardon, Ohio, pleaded guilty to violating the Clean Air Act. He admitted improper asbestos demolition at the former Stark Ceramics manufacturing facility and failing to timely dispose of asbestos waste, according to the U.S. Attorney’s office, which prosecuted the case

Scientists have linked asbestos, which the U.S. EPA designated as a hazardous air pollutant in 1971, with respiratory diseases and cancer.

Stewart’s actions “released asbestos fibers into the environment and resulted in an $800,000 cleanup funded by the U.S. Environmental Protection Agency,” said Scot Adair, the acting special agent in charge of EPA’s criminal enforcement program in Ohio. “It’s imperative that asbestos be removed safely, and EPA and its law enforcement partners will hold to account those who refuse to obey the law.”

Last December, a Geauga County Common Pleas Court judge sentenced Stewart to three years in prison and fined him $5,000 on state charges of illegal operating a hazardous waste facility. He received a simultaneous two-year term plus a $5,000 fine for illegally transporting hazardous waste.

The state judge also ordered Stewart to pay the state $7,519 in restitution, according to Kate Hanson, a public information officer for the Ohio Attorney General’s office. 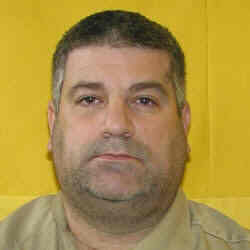 “At this time, Stewart is the only one who has been charged in connection with this matter,” Hanson said.

Stewart began serving his state sentence on Jan. 17 and is incarcerated at Trumbull Correctional Institution, according to the Ohio Department of Rehabilitation and Correction.

The investigation involved the federal and Ohio EPAs and the state Attorney General’s Bureau of Criminal Investigation.

Stewart’s project contract at the 500-acre Stark Ceramics site required his company to remove all asbestos-containing materials “in accordance with environmental regulation and industry standards,” the U.S. Attorney’s office said. “An earlier environmental survey showed asbestos was present throughout the site.”

The demolition work took place between November 2011 and January 2013. After an inspector found crushed panels with asbestos on the site in October 2012, Stewart was told to stop demolition until development of a cleanup plan — but he disobeyed the order. Stewart continued the demolition, causing asbestos panels to be crumbled, pulverized and reduced to powder, according to the criminal charge.

“Debris from the crushed panels littered the site. The debris remained in such condition for weeks and was exposed to wind and the elements,” the criminal charge said.