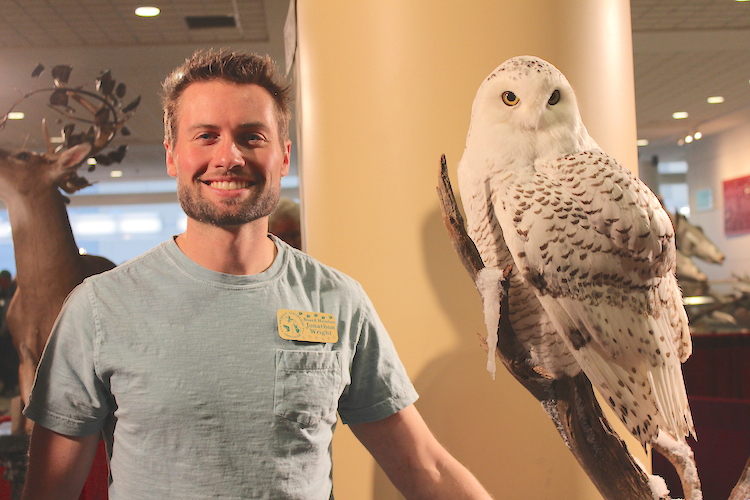 Taxidermy is about movement.

Dead animals will never again do so much as twitch a tail feather. But it’s up to the taxidermist to make it look like an animal is suspended in time, frozen as they turn or soar or strike.

Jonathan Wright is pretty good at it.

The 32-year-old native of Mesick, Michigan, is a past world champion of taxidermy and is the go-to taxidermist for the Lakeshore Museum Center in Muskegon.

That relationship between Wright and the museum started in 2014 with a snowy owl road kill.

Wings of Wonder, a raptor sanctuary and rehabilitation program in Empire, Michigan, and the museum sprang into action to extend the dead bird’s life in another way: through taxidermy.

It took three permits through the state and federal governments because snowy owls are protected animals, but eventually, the museum got the all-clear.

Wright had never done a snowy owl before. He cut his taxidermy teeth on fish and has done many, many pheasants–his family owns a game bird hunting preserve–but never a snowy owl.

So he learned everything he could about the birds. He googled. He watched videos of snowy owls on YouTube. He looked up information about the bird’s muscles and skeleton and feathers.

When he’s never worked on a species of bird, it takes him two weeks of research before he’s ready to skin it, he said.

He did it again when the museum asked him to do a heron, Menacher said.

It was another road kill. The museum got the permits and the money, then drove the dead bird to Mesick, Menacher said.

“By the time he came back with that heron, he knew everything about herons,” she said. Wright hid the damage caused by the car and positioned the bird to look like it had just struck a fish.

It’s a skill that fits well with the family business.

“That guy, he’s something else in the shop,” said Jason Wright, one of Jonathan Wright’s two younger brothers.

Jason and Gregory Wright took over Thundering Aspens Sportsman Club from their father. Jonathan Wright runs his taxidermy business from the family land and guides upland bird hunts during hunting season. Their sister runs a dog training and kennelling business from the property.

Jason Wright says his brother’s perfectionism drives him nuts. He takes tweezers to a piece that looks fine to anyone else, he said.

“You think the guy is ruining every piece he touches. But he turns it into art.”

When the snowy owl was done, the taxidermist kept no souvenirs. Regulations mean he couldn’t so much as keep a feather.

Instead, he has an agreement with the museum to borrow the snowy owl for taxidermy competitions, such as the Michigan Taxidermy Association competition in March and the upcoming world championship in May. 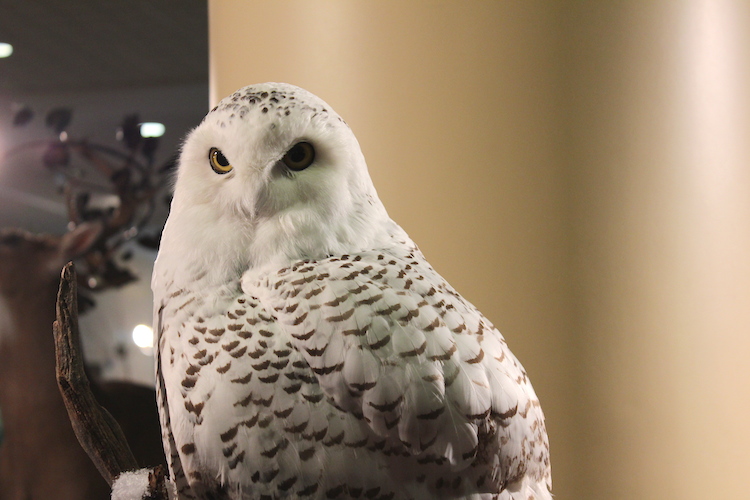 This snowy owl is owned by the Lakeshore Museum Center. Jonathan Wright, the taxidermist, takes it to taxidermy competitions. Image: Karen Hopper Usher

“It was humbling for the museum to seek me out,” he said. His goal with the snowy owl was to “make people stop.”

“If the light is right, you aren’t quite sure” if the animal is still alive, she said. “Bad taxidermy takes you out of moments like that.”

But you’d never have to worry about that with Wright’s work, she said. 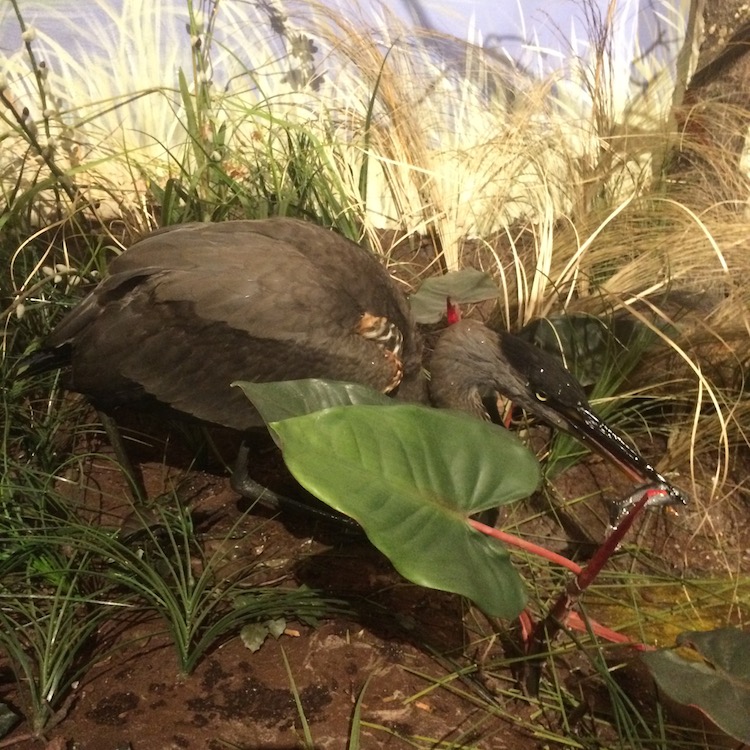 He has worked on other birds of prey for the museum, none of which were hunted or killed just to be displayed at the museum, she said.

Limited funding prevents the museum from having a big birds of prey taxidermy display.  Instead, the museum uses the birds in educational programming.

“I wouldn’t even want another taxidermist,” Menacher said.

Wright did taxidermy instead of college, he said. He tried it at his father’s suggestion. He’d always been good at art–he has also done welding, drawing, sculpting, painting and photography–and his first piece–several fish made to look like they were swimming through aquatic habitat–impressed his family.

“I really enjoy birds the best,” he said.

Wright’s artistic talent comes from their dad who pushed him and predicted his craft would explode, his brother said.

He comes by it naturally, said Brad Reed, a family friend.

Reed and Wright’s brother agreed he can be intense.

“When he dives in, he goes all out,” said Reed, co-owner of Todd and Brad Reed Photography, whose work can be seen on Pure Michigan billboards.

“He’s like a soda bottle that’s all shook up,” Jason Wright said. 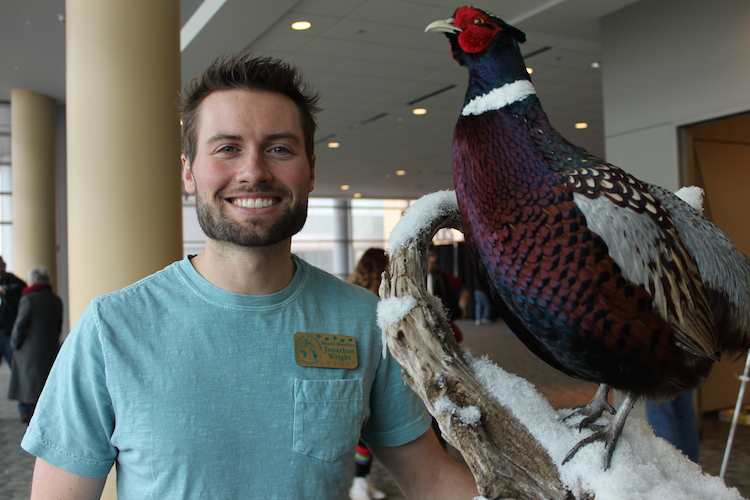 Jonathan Wright poses with a pheasant he uses to teach taxidermy.

The Reed family has known Jonathan Wright since he was a teenager and has hired him to mount deer and pheasant.

It’s obvious he has a natural gift, Reed said. The whole family’s like that.

“His work is as good as he is nice,” Reed said.

Jonathan Wright gets so much work through word-of-mouth that he doesn’t advertise his business.That’s not unusual for taxidermists.

“Every taxidermist I know has more work than they need,” said Dale Manning, a taxidermist from Missoula, Montana, who judged birds at the recent Michigan Taxidermy Association state competition.

It’s not impossible to track down this artist for new jobs, though. You can find him on Facebook by searching for Wright’s Wildlife Artistry.