It’s the time of year to reflect and for me, to put a spotlight on the brighter advocacy lights who toil beneath the radar.

These are the people and organizations deep in the trenches of social and environmental activism. If you’re not from Detroit or Milwaukee you may have never heard of the two featured here. Even if you are, you likely haven’t. 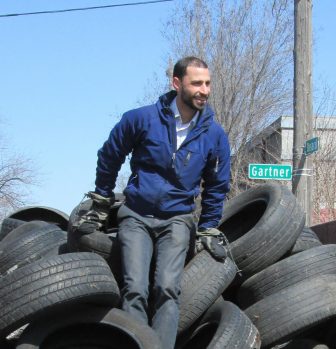 The playing-field at the juncture of environmental and social activism doesn’t get any tougher than in Detroit; the once-great city on the cusp of a renaissance.

A renaissance after decades of disinvestment, flight, decay, political neglect and corruption that left Detroit a shell of its former self. A rebirth that isn’t guaranteed in spite of initial positive steps.

The group is a not for profit that has specialized in urban energy issues with a new-found emphasis on a youth climate movement.

“If I have to pick a most important child … it’s the youth climate movement,” says Justin Schott, the organization’s executive director.

“Older generations have been at the helm as we continue to set unsettling temperature records.  Working with young people and especially young people of color from diverse socio-economic backgrounds is critical if we are serious about tackling the climate crisis.”

Schott wants to foster the “leadership skills their generation will need to cope and make the best of a new, hotter, less stable climate.”

That sounds great, but how is that message received in a city with so many pressing and immediate needs?

Schott says that EcoWorks Detroit is vocal about making the connection between social justice and environmental issues and the message has been received.

n ambitious agenda that includes getting every neighborhood to embrace green development and the creation of a publicly funded water safety net.

Neither are small tasks.

I’ve been to Detroit, many times. When standing in an abandoned neighborhood where citizens are turning an empty lot into a green space, you can only be in awe of their work and dedication.

With so much emphasis on engaging youth, what is Schott’s advice to aspiring young advocates?

He tells them to be patient because change takes time. And to invest in relationships even if a result isn’t guaranteed. Perhaps most important he emphasizes that they have the power to be “effective and transformative.”

Rewards for the type of work Schott does go beyond monetary.

Schott is most proud of the work his young staff does after they are on their own.

“It brings me joy and hope to see them leading community sustainability initiatives and telling family and friends about their works at EcoWorks Detroit.”

With that energy and ethos bubbling up from the community, you have to believe Detroit’s renaissance will be successful. 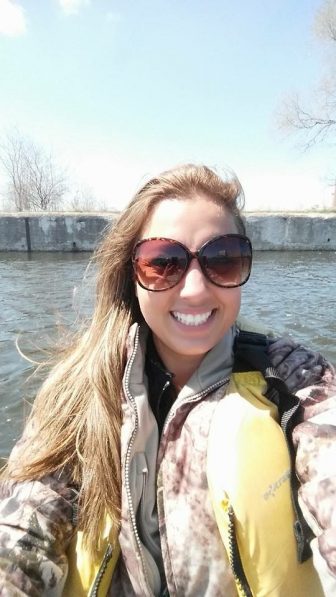 The Flint water crisis has taught us many lessons and one jumps off the page: the direct connection between a healthy environment and the health of the community.

That’s true in Milwaukee where Nadia Bogue says, “there’s a constant thread through everything connecting people to our water.”

Bogue is a Sustainable Development Manager at Sixteenth Street Community Health Centers and her work for six years has focused on connecting the community to the Kinnickinnic River.

The “KK,” as the locals call it, flows through Milwaukee’s densely populated and urbanized watershed where it impacts a diverse and heavily Hispanic population.

“It is really important for us to communicate what the project is, what the goals are and how residents can be involved in decision making in both the short and the long term” Bogue says.  It’s a point that needs to be made in Spanish and English.

That approach creates stewardship that hadn’t existed that will help foster more investment in the community.

“The Kinnickinnic River is … becoming an asset that is able to join residents together in a way that has not been done before,” Bogue says.

She recognizes that water-wealthy Milwaukee is “lucky to have such an amazing and vibrant life source. But the care of our water is up to us.”

Bogue has high expectations for her work and the outcomes. She prides herself on giving work her all and approaching it with good intentions.

The juncture of environmental and community service isn’t an easy place to be. There are always money issues, entrenched bureaucracies and even community resistance that have to be overcome.

Bogue’s advice on dealing with those barriers for idealistic beginners?

“Work hard (like really hard) and work with your heart and your head equally.  If changing your neighborhood, your city or the world was easy everyone would do it.”

Bogue emphasizes that small shifts can eventually have a big impact.

With Bogue’s principles as a guidepost you have to believe that residents bordering a revitalized “KK” River will have a healthier future.

One that they helped construct.