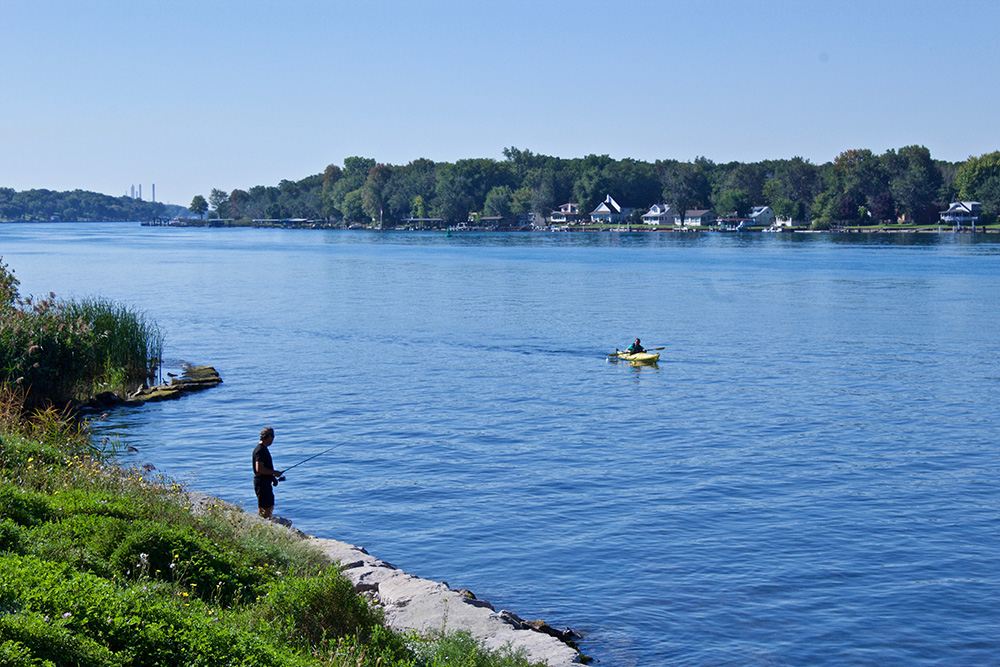 Restoration projects have made it possible for safe water recreational use in the Sarnia region of the St. Clair River. Image: Megan McDonnell

The St. Clair River that connects Lake Huron with Lake St. Clair has a long history of environmental problems.

They are challen­­­­­­­­­­ges as diverse as E. coli bacteria that shut down beaches, industrial pollution by PCBs (polychlorinated biphenyls) and mercury contamination so severe that residents are advised to limit their consumption of locally caught fish. 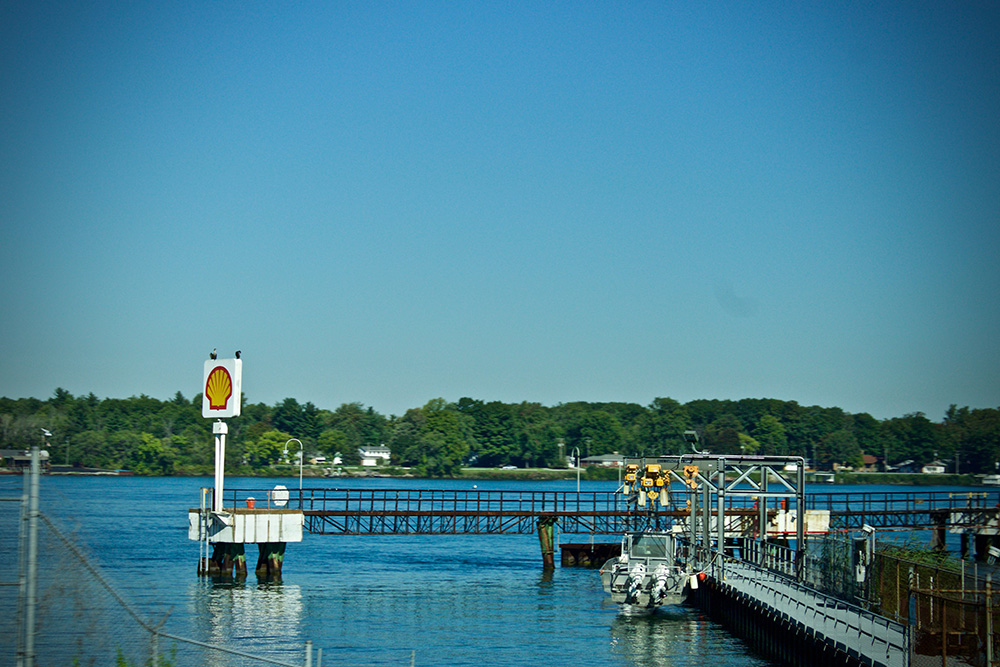 Shell Canada’s Sarnia refueling dock on the St. Clair River. The sediment underneath the dock contains PCBs and mercury and is one of the biggest hotspots and areas of concern still on the river. Images: Megan McDonnell

In recent years cleanup and sediment remediation projects have vastly improved the river and it is beginning to flourish once again.

It provides drinking water to several riverside communities on both sides of the border.

“About one-third to one-half of the residents of Michigan get water from the St. Clair River-Detroit River waterway,” according to the Michigan-based Blueways of St. Clair, a federally-funded group that  maps water paths and access points in southeast Michigan’s St. Clair County. 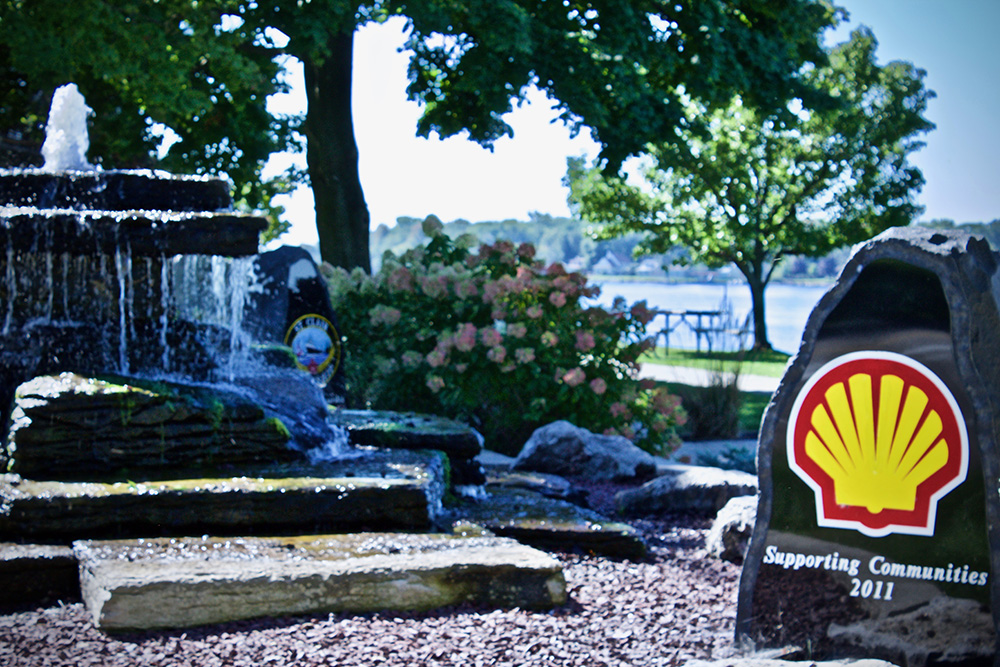 Coordinated by the St. Clair Region Conservation Authority, the Guthrie Park Shore Protection Project was a $2.5-million Canadian shoreline restoration project completed in 2011 to help prevent shoreline loss and provide habitat for fish and aquatic wildlife, according to Randell. This project was funded through grants and funds by the Ontario Ministry of Natural Resources, Environment Canada, Ontario Ministry of the Environment, Industry Canada/FedDev Ontario and St. Clair Township. Image: Megan McDonnell

Industrial discharge from Dow Chemical Canada Inc.’s Sarnia-Lambton manufacturing complex heavily polluted the river’s sediment. Dow’s cleanup efforts by vacuuming contaminated sediment near its facility have not solved the problem, according to Friends of the St. Clair River, a Canadian nonprofit environmental organization.

One of the biggest polluted hotspots still on the river is the Shell Canada fuel dock, a cargo ship fueling station across the street from Shell’s Sarnia Manufacturing Centre. 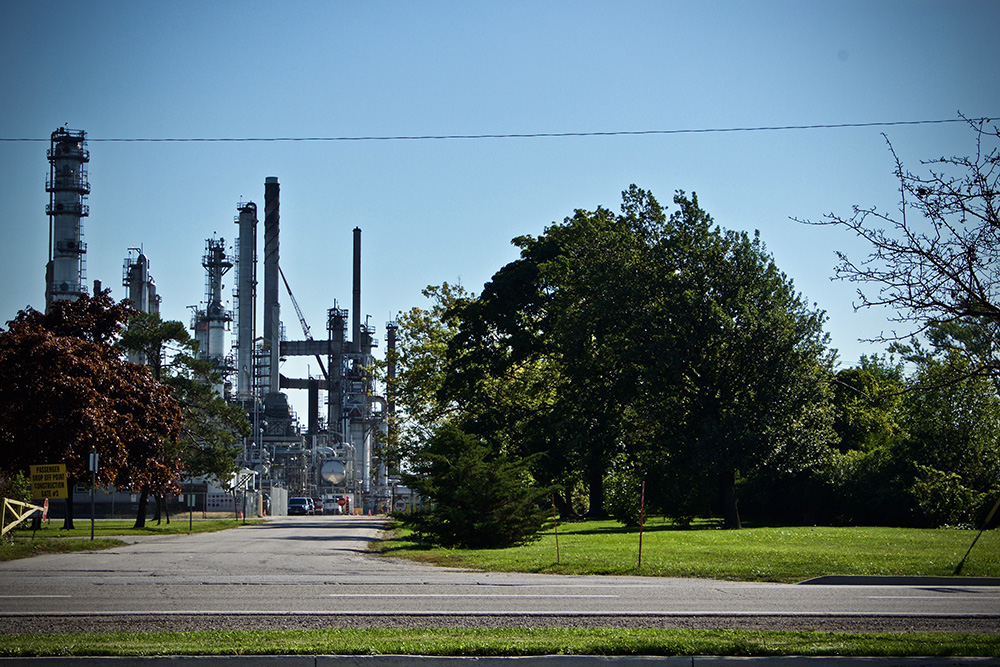 Across the street from the St. Clair River, Shell dock and Guthrie Park is the Shell Manufacturing Centre. The refinery opened in 1963 and produces 75,000 barrels of crude oil daily. Image: Megan McDonnell

The bottom of the river under the dock still contains high levels of PCBs and mercury from sediment moving downstream from the contaminated Dow site, according to the group. The organisms that live in this bottom layer of the river are exposing the fish that eat them to mercury. ­­­­­­­­­­

The polluted sediment is due to downstream discharge from the Dow plant and not from Shell Canada, according to Darrell Randell, president of Friends of the St. Clair River.

Environment and Climate Change Canada, a federal agency,, has tested the effects from the contamination. Such efforts include collecting turtles and their eggs to determine birth defects and testing fish to see how pollution affects their taste.  No abnormal eggs or fish have been reported, according to Friends of the St. Clair River. 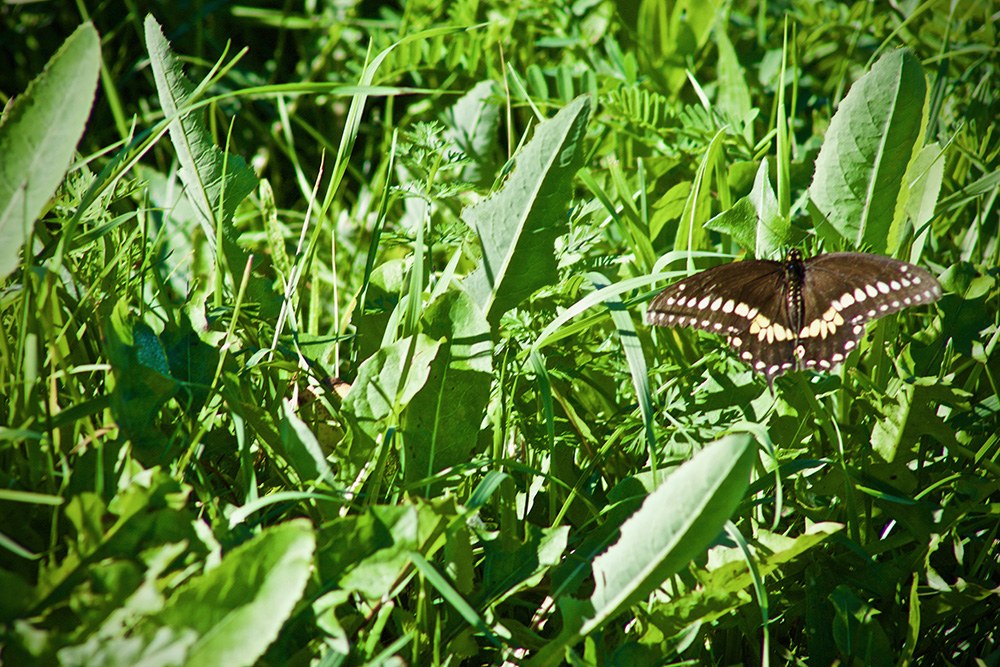 Randell said a plan to dredge the area and remove the sediment is in the works between Dow and Environment and Climate Change Canada.