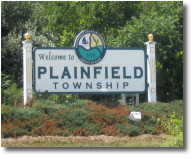 When is a pond not a pond?

That is a remaining question that will decide if Michigan’s Plainfield Township needs a permit to use a gravel pit pond to store water treatment residuals.

The Michigan Court of Appeals ruled March 10 in the township’s favor and sent the case back to the Circuit Court for further litigation on other matters.

The issue began in 1987, when Plainfield started to use the gravel pit to store the residuals, which are comprised mostly of calcium carbonate used to soften treated municipal water. The township applied for a discharge permit then, but the Michigan Department of Natural Resources wrote in 1988 that one wasn’t needed as the gravel pit pond is excluded as waters of the state, according to court records.

In Michigan, waters of the state are defined as any water except “drainage ways and ponds used solely for wastewater conveyance, treatment, or control.”

Despite that initial letter, in 2009 the Michigan Department of Environmental Quality determined that the gravel pit was surface water of the state. This would mean that Plainfield would need to get a permit, or devise a new system for dealing with the residuals. It would also mean that it would need to remove the residuals already in the pond.

As a result Plainfield filed a complaint, asking the court to decide if the gravel pit pond qualifies as a state waterway.

In 2013 the Circuit Court decided in the state’s favor, stating that the gravel pit didn’t meet the requirements of the exemption. It ruled that its connection to a nearby river through groundwater constituted a use. Therefore it wasn’t used solely for wastewater conveyance, treatment or control.

But the Appellate Court rejected that claim and said that groundwater constituting a use is too broad of a definition, and if true almost nothing would qualify for the exemption.

The Appellate Court did not rule on the larger question of whether the pit is considered in the definition of waters of the state. Now the case moves back to the Circuit Court for arguments to be held about a different part of the exemption: does the gravel pit count as a drainage way or pond.

For now Plainfield officials are enjoying the victory.

The township is happy with the verdict, said Cameron Van Wyngarden, the Plainfield township manager. Both he and township attorney Douglas Van Essen say that the state doesn’t plan to pursue the matter any further.

“The whole matter doesn’t make sense,” Van Wyngarden said. It seemed like the state was trying to regulate the township because it didn’t fit the usual scenario. “The use of the gravel pit to permanently store the residuals is a unique situation, but not a harmful one.”

Typically residuals are kept in multiple lagoons, Van Wyngarden said. The lagoons’ function alternates between drying out the residuals and having residuals pumped into it. The use of the gravel pit was suggested by the Michigan Department of Environmental Quality, as an alternative, more permanent solution for the storage of the residuals.

“Later we were told that wasn’t good enough,” he said. Regulators said the township needed a permit and to set up a system to squeeze the water out of the residuals and truck what remained to a landfill.

That system is fraught with problems, Van Wyngarden said. The machinery could break down and trucks could spill. And it’s costly. The township estimated that drying and hauling the residuals to a landfill would cost about $200,000 annually, as well as several million dollars to remove already-deposited material from the pond, the Grand Rapids Press reported.

The sad irony of the situation is that the department is supposed to protect the environment, and here is a situation where their suggestions would be harming it, Van Wyngarden said. The township’s use of the gravel pit increased the pH of the water, allowing it to become full of life. This is an instance where the township improved the environment and yet it is wasting taxpayers’ money in court, he said.

Now the state will argue that the gravel pit isn’t a wastewater pond based on its size and other characteristics, therefore making it waters of the state.

The matter caught the attention of Michigan State Sen. Peter MacGregor who represents Plainfield. He even sponsored a bill that would clarify what is exempt from being waters of the state, Van Wyngarden said. But with the Appellate Courts decision he is no longer pushing it.

“This is an academic issue, not an environmental one,” Van Essen said.

Brad Wurfel, the director of communication at the Michigan Department of Environmental Quality, declined comment on the substance of the case as it is under litigation. But he did say that state officials are “working with the judge on the wording of a resolution, so that it applies only to this unique case.” The agency wants to make sure that this case doesn’t set a precedent, Wurfel said. This is to allow for regulation of other gravel pits should they be chosen to store residuals in the future.