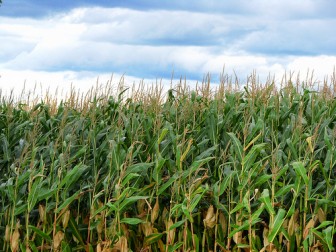 A study by scientists at Michigan State University shows ethanol use in the state is reducing carbon dioxide emissions by nearly 1.4 million metric tons each year, the equivalent of emissions from 294,000 cars.

Ethanol fuel production, meanwhile, has nearly doubled in the past seven years, from 276 million gallons in 2007 to 452 million in 2012.

The findings suggest ethanol could serve as one tool to slow global warming, experts said.

“We can reduce some portions of greenhouse gas if we use more ethanol,” said Seungdo Kim, a chemical engineering and materials science professor who coauthored the study. “It’s really important we figure out alternatives to petroleum. We have to get some renewable fuels in place and just keep pushing this forward.”

Michigan has nearly 200 gas stations that sell ethanol fuel – the third-highest in the country behind Minnesota and Illinois, according to the Fuels Institute, a Virginia-based nonprofit that studies energy market trends.

That includes locations in Grand Traverse, Mackinac and Macomb counties, according to the state Department of Technology, Management and Budget.

Farmers in the state harvested a record 348,750,000 bushels of corn in 2013, U.S. Department of Agriculture figures show. And in 2012, 13 counties harvested 9 million bushels or more, including Lenawee, St. Joseph, Montcalm and Ionia.

Nearly a third of last year’s corn crop, 111 million bushels, was used for ethanol, according to the Michigan Corn Growers Association.

“That is such a positive for our air quality,” said Jim Zook, the association’s executive director. “That’s an argument that really supports the ethanol industry and why we really need to have policy to continue expansion of our renewable fuels portfolio.”

Although Michigan has the capacity to produce more ethanol fuel, it lacks a higher demand from drivers and more stations selling it, said Bob Boehm, manager of the Michigan Farm Bureau’s Center for Commodity, Farm and Industry Relations.

“Right now we’re limited in space in the marketplace,” Boehm said. “You need more blending stations and more flex fuels on the road.” Flex fuel cars are able to run on fuel blends that contain up to 85 percent ethanol, often called E85.

The MSU researchers used federal and state fuel tax data to determine how much ethanol fuel was consumed in recent years, and used a mathematical formula to determine the reduction in greenhouse gasses that resulted.

“The size of it was kind of surprising,” said Bruce Dale, an MSU AgBioResearch professor who co-authored the study. “If you would have asked me ahead of time, I would have thought something much less than that.”

One thought on “Ethanol use in Michigan cuts greenhouse gas, study finds”