They matter for the bread and butter issues like the economy, schools and public safety that drive us to the ballot box.

Governors in seven of the eight Great Lakes states stood for re-election this week.

It was a good night for the incumbents in Minnesota, Wisconsin, Michigan, Ohio and New York. The incumbents in Illinois and Pennsylvania lost. And Indiana’s governor wasn’t up for election.

It was also a big night for Republicans in the key states that make up the heart of the Great Lakes region.

They retained control of both the executive and legislative branches of government in Wisconsin, Michigan and Ohio. That’s powerful, especially in Ohio, with Lake Erie’s neglected problems and Wisconsin with mining issues and phosphorous protection rollbacks.

But it may be the returning governor of the Great Lakes state who can set the regional environmental course.

This past Tuesday Michigan re-elected Rick Snyder for a second term as its governor. The self-described “tough nerd” and “comeback kid” will be around for another four years.

His leadership, or lack of, will matter for Michigan’s environment and the Great Lakes.

It’s difficult to predict what a second Snyder term will mean for the environment. What candidates say during a campaign — like most candidates, Snyder said little about environmental issues — doesn’t always translate into what they do when governing. 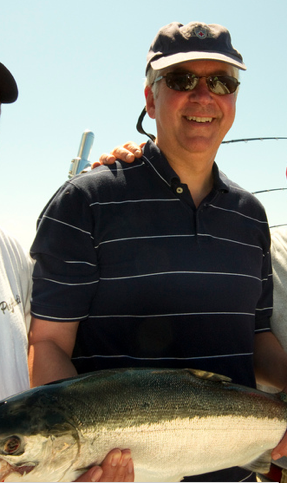 But Snyder does have an environmental track record after four years in office. It’s one that the Detroit Free Press said is “… sorry, and reflects a misguided attempt to placate free-market forces at any cost.”

The paper cited Snyder’s blind support for fracking and his failure to aggressively work to protect the Straits of Mackinac from a potential disastrous failure of an aging oil pipeline.

The Free Press set aside Snyder’s environmental deficiencies and endorsed him in a “close call.”

A Michigan election “Truth Squad” called a “foul” on Snyder for saying “in Michigan we do fracking right.” The squad said Snyder ignored fracking failures and the massive amount of water new fracking methods require compared to older ones.

On the positive side Snyder has made a concerted effort to revive a moribund group of Great Lakes governors who are supposed to be focused on regional environmental issues. He gets an “A” for effort for rekindling annual meetings but they were poorly attended and produced little of substance.

At least he tried.

That’s the past and the clock starts over now. A new term brings new opportunities to protect Michigan’s rich environmental assets and the Great Lakes that define Michigan.

Snyder needs to use the law and the gravitas of his office to pressure Enbridge to replace the 61-year-old oil pipeline that runs through the Straits of Mackinac. A rupture would be disastrous and would render Michigan’s “Pure Michigan” ads pointless. I asked Snyder about the pipeline earlier this year and his response was that it has a track record of success. Past performance is not a guarantee of future results, governor. This issue deserves executive leadership, not blind faith in Enbridge.

Groundwater in the region is so abundant that it’s often referred to as the sixth Great Lake. Michigan is at the nexus of that abundance. Groundwater is also under increasing demand to supply the millions of gallons that fracking and increased agricultural production require.

Snyder can protect it by demanding a bias for conservation over consumption solely designed to promote economic development. Groundwater will be needed to support Michigan people and the economy for generations to come, not just the next election cycle.

The Waukesha, Wis. controversial Great Lakes diversion request is expected to make it out of the depths of the Wisconsin DNR and onto the desks of Great Lakes state governors now that the election is over. It is precedent-setting for other requests that are sure to follow. The region has to get it right.

Snyder can protect the Great Lakes and the integrity of the Great Lakes Compact by insisting that Waukesha’s request be subjected to the highest level of rigor. He should demand compliance with the letter and spirit of the Compact. Anything less should be rejected even if it means ruffling the feathers of political allies like Wisconsin Gov. Scott Walker. That’s what “tough nerds” do.

In 2011 the United Nations voted 122-0 to declare that access to water and sanitation is a basic human right.

The U.N. recently visited Detroit and rebuked the city for shutting off water to residents who couldn’t afford to pay. That’s directly counter to the intent of the vote.

Detroit officials responded with a testy repudiation that accomplished nothing except to provide fodder for more negative news reports about the embattled city.

Detroit sees the water shutoffs as an accounting issue. Pay or your water will be shutoff.

Detroit is in the center of the largest freshwater supply on Earth. A city whose lifeblood — the auto industry — was bailed out to the tune of tens of billions of taxpayer dollars. Yet people lose access to water if they fail to pay a few hundred dollars.

Snyder has been Detroit’s best friend, using his office to extract the city from insolvency. He needs to work with Detroit Mayor Mike Duggan and develop a humanitarian plan that prohibits water shutoffs while keeping the water department solvent.

Yes, I know the issue is complex, legalistic and messy. What related to Detroit in recent years isn’t?

But Snyder and Duggan need to get in front of the water shutoff issue for the health and safety of Detroit residents and the city’s reputation.

Snyder told me in May that he was proud of the work he has done with The Nature Conservancy, the mega-environmental group. He is a former member of the conservancy’s board.

Nice try governor to buff up your enviro credentials but that doesn’t cut it.

The Nature Conservancy gets high marks for conserving precious land. Professionals in the land conservation community tell me that no one does it better. They also tell me that expertise doesn’t apply to policy where the conservancy is proverbially seen as too close to business to have credibility on policy work.

A little corporate environmentalism isn’t bad, but more isn’t better. Snyder needs to listen to grassroots conservation groups too. Too many times they’re shut out of the discussion and a critical perspective isn’t heard.

I once told Jon Allan, Michigan’s director of the Office of the Great Lakes, that if the governor was re-elected he could have a huge impact on Michigan’s water and the Great Lakes for years — decades — to come.

Allan took my comment as a compliment. I meant it as a prompt to do better.

For the next four years Snyder can continue on the environmental path that the Free Press said is a “… misguided attempt to placate free-market forces at any cost.” He can ignore the perils of fracking or the Straits of Mackinac pipeline.

That’s the safe route and perhaps was the correct one for a governor in his first term trying to revive an economically distressed Rust Belt state.

But that currency has been exhausted and there are no excuses to not do better in a second term.

Seeing no evil and placating “free-market forces” at the expense of the environment isn’t a legacy Snyder should leave for Michigan in 2018.