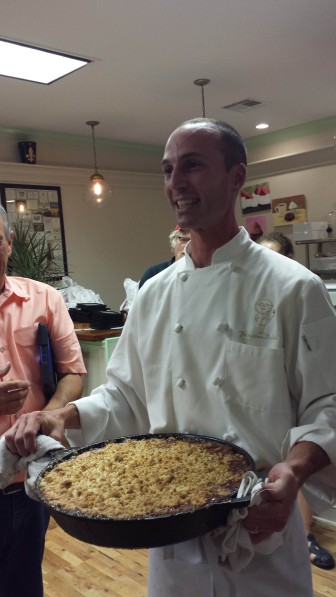 Johnny Blancher explains how he incorporated Formosan termites in the streusel of this peach cobbler. Image: David Poulson

At the age of 12, Johnny Blancher became a line cook at his family’s restaurant/dance hall/bowling alley. He also rented shoes and repaired bowling machine equipment at the New Orleans entertainment landmark known as the Rock ‘n’ Bowl.

Later he played baseball for Louisiana State University before transferring to Loyola University to study political theory and graduate with a degree in social science.

Today? He’s back to his roots, cooking at the Ye Olde College Inn, another New Orleans icon that his family bought to preserve their neighborhood’s rich history.

But nowadays, Blancher may also merit a job title that he’d likely never claim himself. For if we define environmental journalists as tellers of important stories about the environment, here’s a guy who fits that role in an unusual manner.

A distinction? Instead of news stories, Blancher’s environmental medium consists of  recipes.

I met Blancher during the Society of Environmental Journalists recent annual conference in New Orleans. I had signed up for a meal called If you can’t beat ‘em, eat ‘em. Invasive species were on the menu. Much like the Great Lakes region, invaders from elsewhere are decimating huge chunks of Louisiana native flora and fauna. 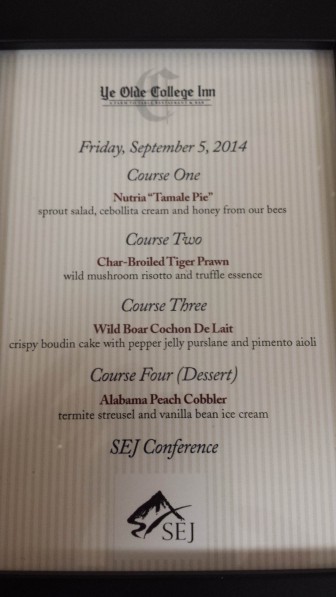 It was sheer accident that organizers stumbled across Blancher to orchestrate the meal as they arranged a party at the Rock ‘n’ Bowl. But he certainly has the environmental ethic and creative enthusiasm to make it work. Kitchen scraps at his restaurant are composted for use in nearby urban gardens that grow garnishes, vegetables and even grapes for a dessert wine he hopes to produce.

The family also produces the free-range eggs, honey and grass-fed beef that it serves. Restaurant vehicles run on the cooking oil first used at the facility they serve.

Blancher and his kitchen staff threw themselves into the challenge of creating fine food from unpopular critters. Even the garnishes of invasive plants were taste-tested. Some were pretty awful, he said.

But the food he served us was great

Each course arrived with Blancher’s tale of how it was obtained, the challenges of preparing it and the environmental threats it represents. The Formosan termites in the peach cobbler’s streusel? They were delivered in two large buckets by a man from Louisiana termite control. The kitchen staff first froze them solid to keep them from falling apart during prep. That was the advice of experts at the city’s insectarium, a zoo for bugs. 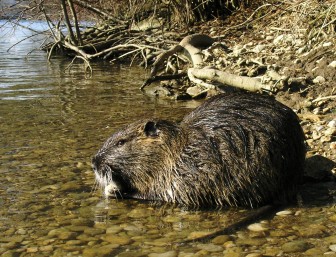 Nutria on the riverbank. Image via Wiki Commons 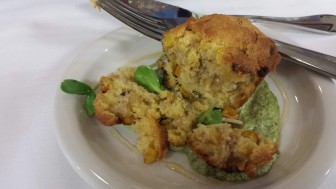 And the giant tiger prawn Blancher served contained enough meat to equal a dozen of the native shrimp that they threaten — and was equally delicious. 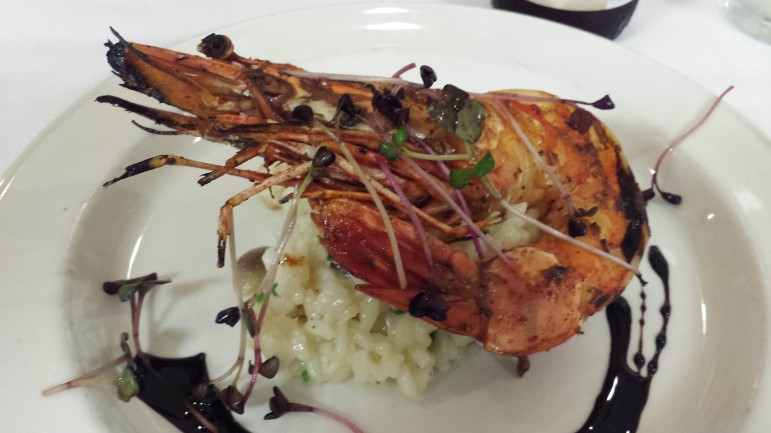 Like many places, exotic wild boar uproot and destroy native vegetation in Louisana. The one we were served was raised by a man named Virgil, Blancher said. He traps and raises rabbits and the occasional boar for a living. 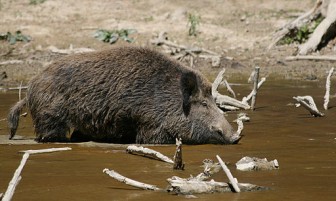 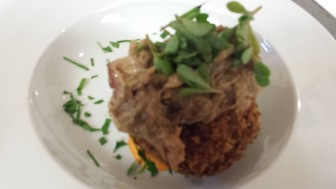 Between courses that were excellent despite their exotic origins, Blancher told us his story — how his family and its businesses survived hurricane Katrina in a neighborhood devastated by floods and fires. The environmental disaster was also opportunity. They moved the Rock ‘n’ Bowl and the College Inn to new nearby venues. And they were able to buy and reclaim nearby lots for the restaurant gardens.

“Everybody has a story,” said Blancher, whose favorite television show is The Story Trek, which tells the stories of random people.

That’s true. And it’s the telling of such stories that enable journalists to connect important issues to the public.

Their venue may be the printed word, video clips, podcasts, stage plays, choreography — or recipes.

Does that make Blancher an environmental journalist? Perhaps. I’m not sure that the label matters.

Regardless, he’s staying close to his culinary roots. When I asked him if he thought that invasive species dinners might appeal to his regular customers, his eyes widened as he said, “You know, I think this could be a thing. This might be on the menu tomorrow.”

If it happens, I just hope Blancher can find a way for those servings to arrive with a healthy side order of the stories behind them.

One thought on “Chef cooks up new way to explain threats from invasive species.”