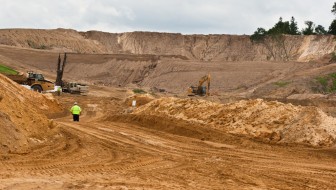 The Wisconsin Court of Appeals has upheld a decision by Buffalo County officials to grant a permit that would allow more than 100 truckloads a day of fracking sand to be trucked on local roads.

The three-judge panel rejected a local resident’s challenge to the Buffalo County Board of Adjustment’s approval of a conditional use permit for the frac sand mining operation.

John Ekman, a Minneapolis lawyer for plaintiff Mike O’Connor, said he is uncertain whether his client will seek Wisconsin Supreme Court review of the appeals court decision.

Ekman said the rural county had issued a “handful” of other conditional use permits but that frac sand mining opponents had successfully opposed the largest proposed mine in the county. He also said that no reclamation permits have been issued yet to allow the actual mining operations to begin.

An attorney for Buffalo County, Ronald Stadler of Milwaukee, said, “The county’s position is that we did the right thing in terms of process and procedure.

“It doesn’t scream out for Supreme Court review,” Stadler said.

At issue in the appeals court case is the controversial application of R&J Rolling Acres for a conditional use permit to mine sand for fracking on land zoned for agriculture.

The court described “frac sand” as “high-purity” crush-resistant quartz sand with durable round grains “used in the hydraulic fracturing process to produce petroleum fluids, such as oil, natural gas and natural gas liquids from rock units that lack adequate pore space for these fluids to flow to a well.”

The company’s first application submitted in January 2012 said an estimated 80 semi-trucks would be used each weekday. It later revised the estimate upward.

After public hearings where citizens complained about traffic safety, the county board denied the permit under the Buffalo County zoning code.

“At 126 loads out of product and 126 unloaded trucks returning, 252 total trucks would be on the road in a given day. This equates to one truck passing a single designated point each 3.33 minutes throughout the day (14 hour hauling period),” it said.

After the Wisconsin Department of Transportation performed a traffic safety impact assessment, the board approved the permit, saying, “Overall, the DOT acknowledges that Highway 88 may have some substandard features, but believes the road can handle increased traffic volumes.”

The board’s approval limited daily truckloads to 195 and prohibited hauling on weekends and some holidays.

O’Connor and the Cochrane-Fountain City School District sued to challenge the permit, claiming the board acted arbitrarily and unreasonably. 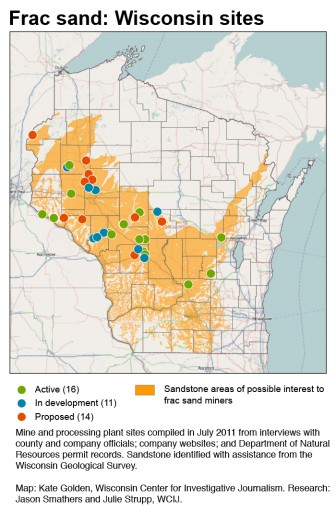 In unanimously upholding the board’s decision, the Court of Appeals rejected the argument that the clear wording of the county zoning ordinance doesn’t allow frac sand mining as a conditional use in agricultural districts. The court said the mining language in the ordinance gives the board the authority to approve R&J’s permit.

“The board has granted at least two other conditional use permits for frac sand mines on land that is zoned agricultural,” the court said. “O’Connor has failed to show that the board’s interpretation is unreasonable.”
The court also rejected the argument that R&J’s only legal recourse after its first application was denied was to sue the county, not to submit a new application.

State law doesn’t prohibit R&J from filing a second permit application, it said, as long as the company was willing to pay a second application fee.

As a result, it said permit opponents aren’t “unfairly or unequally burdened” if the board considers more than application.

The court also said that evidence about traffic safety, which was the board’s only
reason for rejecting R&J’s first application, was significantly different when the board considered the second application.

The school district didn’t participate in the appeal.