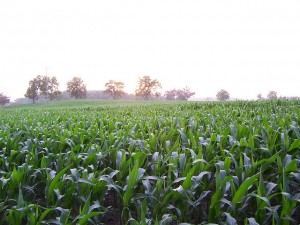 Michigan farm officials are fighting an attempt by the federal Environmental Protection agency to regulate small bodies of water, saying that a new permit process would make construction and farming more expensive and time-consuming.

It would affect “anyone who puts a shovel in the ground,” said Laura Campbell, manager of the Michigan Farm Bureau’s agricultural ecology department.

Farmers will need more permits approved by the EPA for things like nutrient applications, basic pest control and adapting new land for farming, she said.

EPA is suggesting new rules under the Clean Water Act that would give it jurisdiction over more bodies of water. That includes water that could run into a stream that is already under its jurisdiction and areas that are only wet during flood seasons.

The Clean Water Act of 1972 gave the agency control over waters considered “Waters of the United States,” defined by the EPA as, “All waters which are currently used, or were used in the past, or may be susceptible to use in interstate or foreign commerce.” Supreme Court cases involving the Clean Water Act are complicated by  the loose definition of those waters.

“We are clarifying protection for the upstream waters that are absolutely vital to downstream communities,”  EPA Administrator Gina McCarthy said in a prepared statement.

Both national and state levels of the Farm Bureau are fighting the rule change.

The regulations would include most ditches and ponds as well, which Campbell said starts to be an issue of regulating land and not just bodies of water.

The wetland regulations are especially troubling for Michigan, she  said. Only Michigan and New Jersey have the authority to regulate their own wetland protection programs at the state level, and the new regulations would take those programs away.

It could particularly affect the farming of such commodities as  blueberries which are a wetland crop. With new permits required to use wetlands for farming, the industry could be destroyed due to permit costs, Campbell said.

Wetlands permit fees cost anywhere from $100 to $2,000, depending on the wetland’s classification. The Michigan Department of Environmental Quality and the United States Army Corps of Engineers administer these joint permits.

The Michigan Environmental Council  supports the expansion. All sources of water are  connected, said James Clift, policy director for the council. Sometimes there are ground water connections that are not immediately obvious, and all bodies of water should be protected and safe for future generations.

“If you do not protect those, you will be harming the water for everyone else,” said Clift.

The Tip of the Mitt Watershed Council in Petoskey  supports the change to avoid confusion over  jurisdiction of the waters, said Jennifer McKay, policy specialist for the council.

The EPA had to submit the changes to be approved by the Office of Management and Budget, a federal agency that reviews proposed rules from all administrative agencies. The office approved it, but before the rule can go into effect the agency has to accept public comment and address  public concern.

The agency began a 90-day comment period that started April 21.