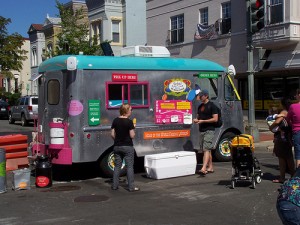 LANSING – Entrepreneurs who sell homemade food products may soon be allowed to increase the amount of money they earn without undergoing health inspections and licensing.

A bill by Sen. Joe Hune, R-Hamburg Township, would expand the state’s cottage food law, which currently exempts entrepreneurs who have gross sales less than $15,000 a year.

It applies to those that make food items from their home, including pies, cookies, granola and jams.

The 2010 law allows producers to sell directly to consumers at farm stands, markets, or directly out of their homes. They can’t sell through the Internet or by mail.

“Hopefully this will get more people involved, which will strengthen our rural economy,” Hune said.

According to Hune, cottage foods allow consumers to buy local products and interact with those who produce their food.

“This is what our economy was built on years ago,” Hune said. “and hopefully we are coming back to it.”

Arika Lycan, outreach manager for Growing Hope in Ypsilanti, said that most people like the idea of buying directly from farmers, and producers would welcome the higher cap.

Lycan said that the law helps individuals get involved in the industry, and extends farmers’ capacity to sell different products.

According to Lycan, a higher gross sales cap would allow producers to earn more profit.

“It would be helpful in a practical way to those trying to make a living from selling cottage food products,” Lycan said.

Tonia Ritter, state governmental affairs manager for the Michigan Farm Bureau, said that it’s too early to talk about an increase in the revenue cap.

The cap could be looked at in the future, but there needs to be a “little more time and a little more information about how it’s working,” she said.

Ritter said that an increase could hurt those who invested in capital and paid licensing fees to make their products before the law passed.

“We have to be careful about making sure that we don’t negate that investment by raising the cap too high,” Ritter said.

Ritter said that while cottage foods are generally safe due to labeling and other restrictions, commercial kitchens provide better food safety.

Home kitchens are uninspected. “That’s why they are limited in volume and what products they make,” Ritter said.

Hune said that there haven’t been health problems reported under the present law, and a higher cap shouldn’t change that.

The bill is pending in the Senate Agriculture Committee.