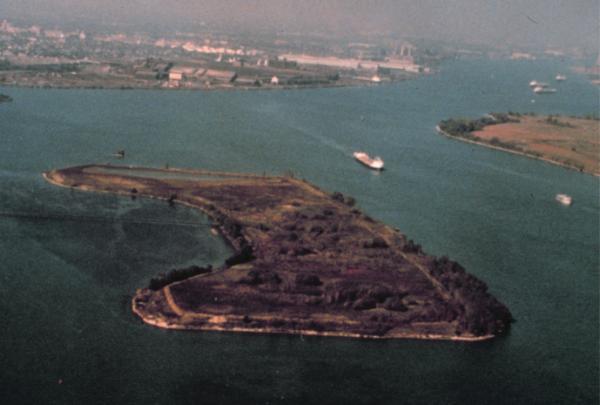 One GLRI-funded project will test whether contaminants from Grassy Island are leeching into the Detroit River. Photo: USGS

The EPA recently began doling out a few of the $161 million worth of Great Lakes Restoration Initiative grants announced in May. The EPA’s list of grants is right here.

Here’s a quick list of those getting news coverage.

The Toledo Blade reports the removal of the Ballville Dam on the Sandusky River will get $2 million in support from the U.S. Fish and Wildlife Service’s Great Lakes Fish and Wildlife Restoration Act, a program whose funding saw an $8 million boost from the GLRI.

The Detroit News reports a $2.8 million GLRI grant through the U.S. Fish and Wildlife Service will help determine whether contaminants from Grassy Island — a big pile of sediment dredged from the Rouge River — are seeping into the Detroit River.

A $270,600 GLRI grant to the City of Toledo will prevent pollution from scrap yards in the Ottawa River watershed.

Several GLRI grants totaling $4.2 million will support work in Green Bay and on the Fox River.

Also of note: The Great Lakes Commission called the GLRI an “unprecedented opportunity to create jobs” (PDF, last paragraph). It’s apparently created at least one job: The Urban Ecology Center is looking for a research assistant to monitor wildlife changes brought about by GLRI supported work in the Milwaukee River Estuary Area of Concern.