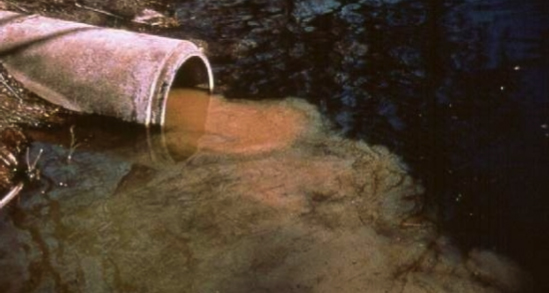 Sewer overflows like this one in Milwaukee contributed to dozens of billions gallons of polluted water dumped into the Great Lakes in 2009. Photo: Wisconsin DNR

Five U.S. cities on the Great Lakes dumped 41 billion gallons of untreated sewage and polluted stormwater into the lakes in 2009, a volume equal to 15 hours worth of water flowing over Niagara Falls.

That’s according to a report (PDF) on the region’s aging and ailing sewers from the Healing Our Waters-Great Lakes Coalition, which represents more than 100 environmental groups around the Great Lakes.

The sewer upgrades that would curb the dumping – which leads to beach closures and threatens drinking water – are expensive. That’s one reason that keeps the Great Lakes Restoration Initiative money from funding sewer projects. So the coalition calls for a funding hike in the federal program that gives cities low-interest loans to upgrade sewers.

The sewer loan fund had a lean year in 2008 at $689 million. But Congress plowed $2 billion into the fund in through the 2010 fiscal budget and another $4 billion through the stimulus bill.

The report also cites examples of green infrastructure, a strategy that lets dirt and plants sponge up stormwater. It’s often a cheaper and better looking alternative to piping away water as it flows off of streets and parking lots.

The five U.S. cities implicated in the 41 billion gallons of untreated sewage and polluted stormwater dumped into the Great Lakes in 2009 were Detroit, Cleveland, Buffalo, Milwaukee and Gary, Ind. News outlets in most of those cities covered the report:

Editors note: This is part of a series of stories about Great Lakes sewer system issues.