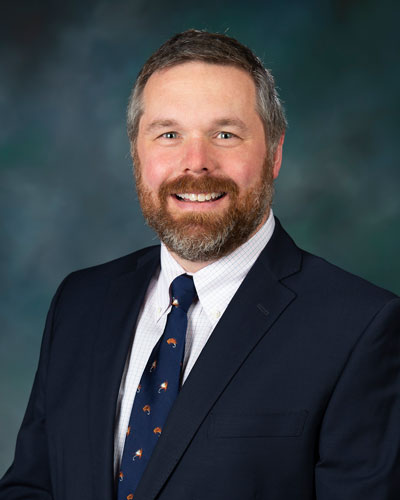 Dan Scripps, the chair of the Michigan Public Service Commission, said grid reliability has been a concern for a number of years.

According to Scripps, Michigan is in the “bottom quartile” for grid reliability compared to the rest of the U.S.

Grid reliability is measured by the amount of wide scale outages and how long they last, he said.

Scripps said the summer of 2021 demonstrated the need for more reliable energy grids. Storms in August left over 1 million customers without power in the state, which Scripps called unacceptable.

“Climate change is real and it’s affecting our weather patterns,” he said. “For all the work we’ve done, we need to do more of it.”

The commission has said it hopes to extend the program to larger utility companies such as DTE and Consumers Energy.

“If UPPCO trims a certain number of tree line miles each year at a lower price than expected, it can share those savings with customers,” he said. “It’s both a way of making sure UPPCO hits its targets and trying to promote efficiency so it’s cost effective.”

Tree trimming and vegetation management are two ways the commission and utility companies are working together to improve reliability.

Scripps said it approved DTE conducting a “tree trimming cycle” that occurs every five years. On Nov. 4, the commission also approved a $70 million refund for DTE to spend on tree trimming. Those measures reduce the chances of branches falling on power lines and knocking them down.

The commission is also improving quality rules by increasing the amount of credits customers receive from the utility for every additional hour their power is out, Scripps said.

“When budgets get tight, operations and maintenance are the first to get cut,” he said. Scripps said the commission is trying to address that problem by having utilities freeze the amount they spend on operation and maintenance.

According to Amy Bandyk, the executive director of the Lansing-based Citizens Utility Board of Michigan, utility companies need to be held accountable for improving grid resilience.

“The utilities are investing in the grid, but there need to be checks in place to make sure they don’t just do it, but do it well.”

“The best way to create accountability is a system where the utilities must meet certain targets and then incur financial penalties if they miss the targets,” she said. “Whether such a system is going to come from the regulators at the Public Service Commission, the Legislature or some combination remains to be seen.”

“Right now we have a structure of investor-owned utility companies,” Mojica said. “We believe that the delivery of electricity should not be done for the purpose of pleasing their investors.”

Mojica said lack of affordability is a problem for energy users. Energy is considered affordable if 6% or less of a household’s total income is spent on electricity. In some areas, customers pay 18% to 33% of their income.

“Considering the rates customers pay, utilities should be investing into hardening the grid, increasing resiliency and updating infrastructure,” Mojica said. “Unfortunately we’re not seeing it move in that direction.”