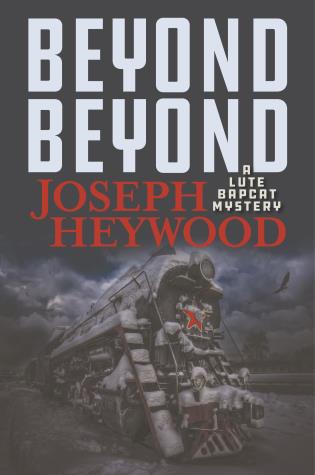 Why is a game warden from Michigan’s western Upper Peninsula traipsing through the wilds of Siberia and Northern Russia during World War I?

Because he’s on a secret mission to rescue Tsar Nicholas II, the ill-fated “Emperor of All the Russias,” and his equally doomed family.

Perhaps more importantly, who would send a Michigan game warden who speaks no Russia into the chaos of the Russian Civil War?

But in real life, it’s novelist Joseph Heywood who dispatches Bapcat to a remote region where the forces of history, nature, repression and political rivalries clash.

Heywood, who divides his time between Portage, Michigan, near Kalamazoo, and Baraga County in the U.P., is the author of two series of U.P.-centered novels.

Heywood says the seeds for his new novel, “Beyond, Beyond” (Lyons Press, $27.95), were planted decades ago. 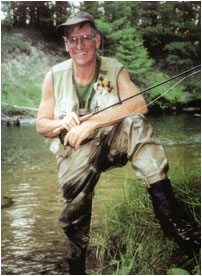 That’s when he came across a Soo Evening News clipping in his files about military veterans from the Sault Ste. Marie area attending a reunion of the Polar Bears, U.S. soldiers sent to Siberia and Northern Russia during World War I.

“I filed it away in my head,” he said, intending to “use that little tidbit of history in my work. I was waiting for the right time,” he said in an interview.

Couple that real-life “little tidbit” with the fictional Bapcat’s experience enforcing wildlife laws on the Keweenaw Peninsula, a mining region with enclaves of immigrant and communities “where everybody spoke their own language and kept their all customs.”

Add to that conflicts between mine operators on one side and “the lefties” and union activists, including the traumatic 1913-14 Copper Country strike and the Christmas season 1914 torching of the Italian Hall in Calumet that killed 73 women, children and men – most of them from mining families.

The U.P.’s social and economic conflict of the era was reflected on a grander and bloodier scale in a Russia torn between the conservatism of the monarchists – the Whites – and the radical Bolsheviks – the Reds. In Heywood’s book, Bapcat, in the midst of the Russian chaos, thinks about the “many wacky anarchists and Communists among the miner immigrants in Copper Country.”

Finally, add in similarities between Northern Russia and the U.P.

At one point, Heywood writes in the novel, “Russian mosquitoes were the size of hummingbirds and as carnivorous as the ones back home in the Keweenaw.

When Bapcat was fleeing through heavy snow from the Bolshevik troops, “it was a lot like U.P. winters,” Heywood wrote.

Logging camps were similar in both places

As was the terrain “with rocky outcrops, black spruce swamps, huge stands of stunted birth and poplar, here and there, aspen and ash.”

As were people’s attitudes toward wolves – “reviled by all mankind for all time and, despite massive efforts to eradicate them, were still around, the ultimate survivors.”