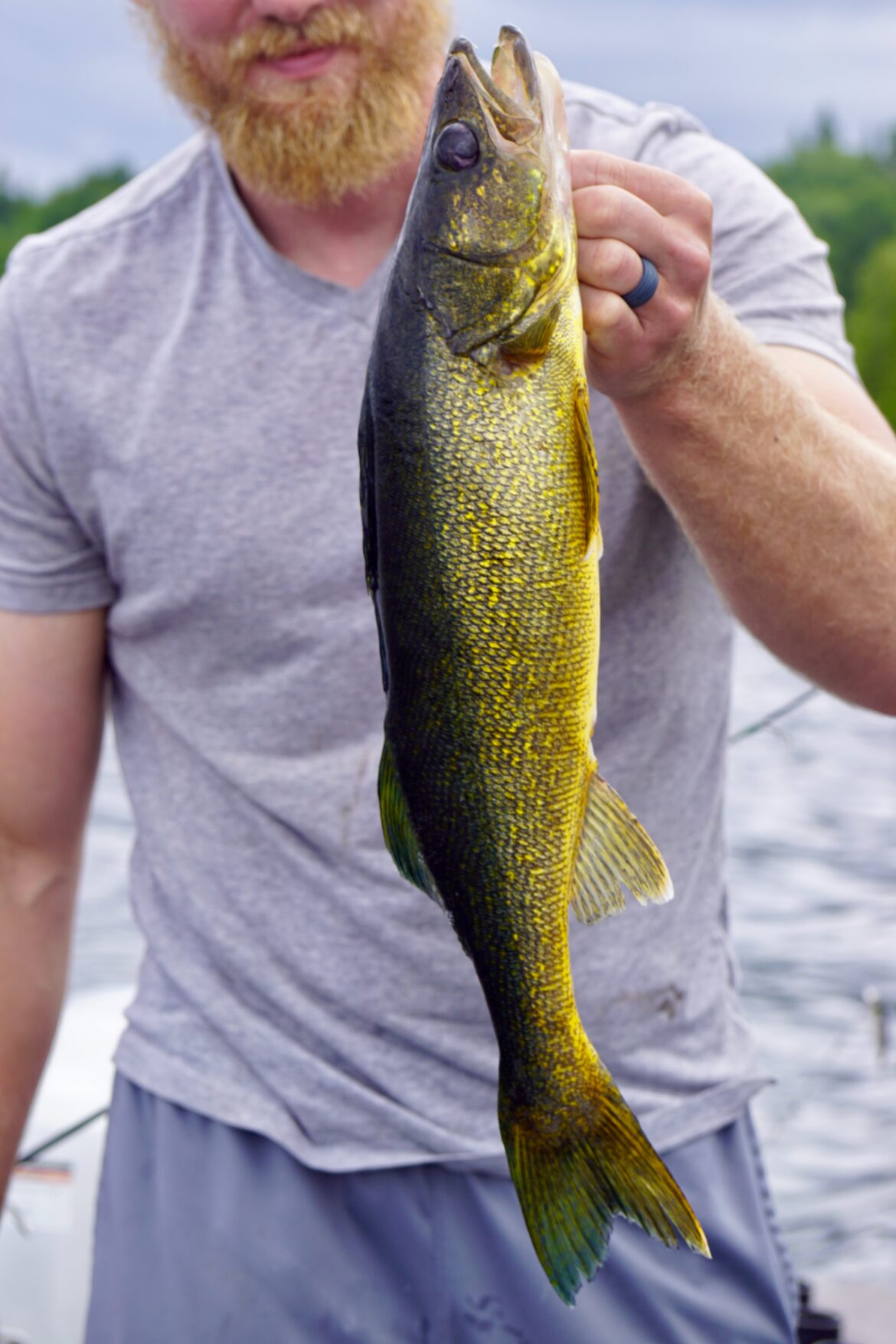 Scientists are simulating Great Lakes walleye on computers to find out how contaminants harm the fish.

The new technique, described in a study recently published in Science of the Total Environment, is important because it helps experts more efficiently discover how to clean contaminants up.

These contaminants of emerging concern are from agricultural and  household cleaning products and medicines that end up in lakes and rivers, according to the U.S. Geological Survey, a federal science agency.

Many of the contaminants are unregulated because of their common use and the lack of understanding of their toxicity and impacts on the ecosystem, said Stephanie Hummel, a fish and wildlife biologist for the U.S. Fish and Wildlife Service and an author of the study.

The researchers made a computer model of walleye in Lake Erie and the Maumee River based on lab data to see if contaminants would affect fish reproduction and how to best reduce the level of the chemicals in the water, said Maxime Vaugeois, an author of the study who worked on the model.

Data on the amount of chemicals along the river determined the level of exposure to the fish.

They chose walleye because of its commercial and recreational importance to the Great Lakes region and the Maumee River because of the amount activity near it that produces contaminants, Vaugeois said.

“The Maumee River is a really important river in the Great Lakes area,” he said. “It’s one of the major watersheds. It’s also a river that’s under stress. There are many agricultural activities and there’s also urban activity on the river.”

The study compares the impact on walleye population for two clean-up strategies – completely cleaning a specific area or a partial clean-up of the entire body of water.

Both strategies can be effective. But what strategy will be most effective in a specific situation depends on the location, fish and types of contaminants, Vaugeois said.

Focusing on a single site was most effective where walleye lay their eggs.

But focusing on the entire body of water could be the more effective option depending on the types of contaminants and information on the walleye population, like mortality rate and how quickly the chemicals were taken up by the fish, Vaugeois said.

Hummel said it is important to start having conversations about these management practices soon because contaminants have had impacts on fish reproduction in previous research.

A study of fathead minnows found that when exposed to contaminants like those used in the walleye study, fish reproduction dropped. That can eventually lead to population decrease.

“We call them sublethal effects,” Hummel said. “We’re not seeing mass die-off and huge plummets in the population, but we are seeing these sublethal effects that can be additive when you’ve got poor habitat availability or food availability, changes in the food web, things like that.

This is another stressor that can then further impact the species and reduce population levels.”

Contaminant clean-ups are costly and take years to show results. But using simulations is a cheaper and faster way to test possible outcomes, Vaugeois said. The results can help guide fishery management.

Vaugeois said the next step is more research on how these contaminants affect fish and how fast they are eliminated by fish. That will help them better understand what the best strategy is for cleaning the Great Lakes.