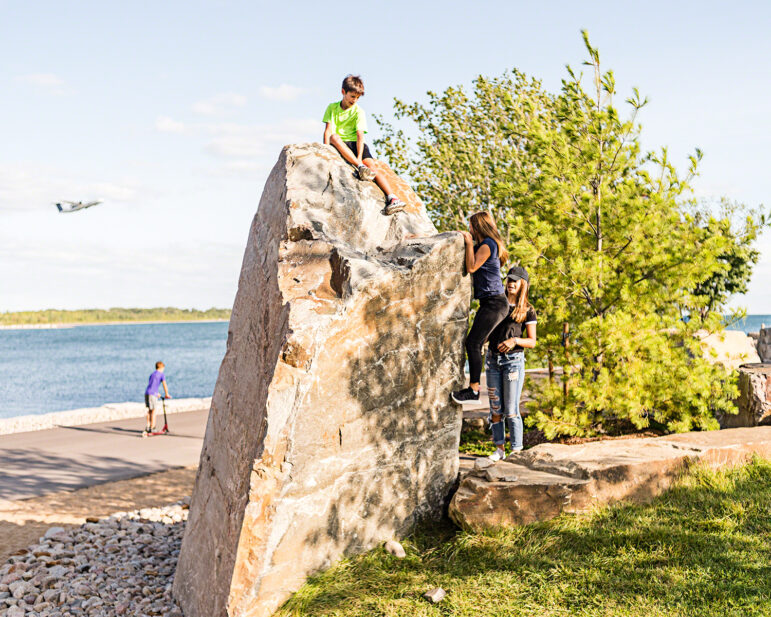 It is difficult to imagine that Toronto’s Trillium Park was once eight acres of asphalt parking lot.

The creation of this nature park on the Lake Ontario waterfront is part of the first phase of revitalizing the once vibrant hub of Ontario Place, an entertainment venue that operated as a theme park from 1971 until 2011.

In 2019, the Ontario government formally launched a search for developers to bring the site back to life.

Trillium Park opened in 2017 and has been a major attraction since then because of people’s desire to be outdoors in nature, said Walter H. Kehm, a landscape architect involved in the design of the park. Nowadays it’s a popular escape from Ontario’s stay-at-home order stemming from the coronavirus pandemic.

According to Julie Berardi, executive assistant to the general manager of Ontario Place, there has been steady use of Trillium Park during the pandemic. 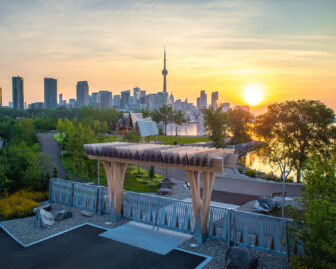 Toronto’s Trillium Park is designed with access to the Toronto waterfront and a view of city skyscrapers. Image: Nadia Molinari.

Visitors say that the park is like a safety valve aiding their need to reconnect with nature, Kehm said.

He visits the park regularly and talks to people who tell him how much impact the park has had on their lives, especially now during the pandemic.

“So many people living close by are in condo towers with 600 square foot apartments – like chicken coops,” he said. “Nearby there are dense urban communities with no parks and a lot of pavement. “My interviews with people indicate their need to reconnect with nature.”

Kehm and his team surveyed people living in the surrounding area for a year before designing the park.

These communities were surrounded by parking lots and miserable street trees with no parks to speak of, Kehm said. They lacked nature.

“They were on the waterfront, but they were packed so densely together in these buildings, they had nature deprivation,” he said.

After a year of surveys to find out what people wanted in their neighborhoods, the team held screening sessions and asked people to write the most important words that came to their mind.

“We wanted to get an idea of where these people were coming from,” Kehm said.

The words that came out on top were trees, nature, freedom and unstructured.

Kehm decided that the design should be nature-based like another Toronto park that he designed. Tommy Thompson Park is an urban wilderness about five miles from Trillium.

No one who was asked about the park design wanted predictable stuff like manufactured playgrounds with slides and swings or picnic tables, he said. “They just wanted to be able to hang out on different landscapes.” 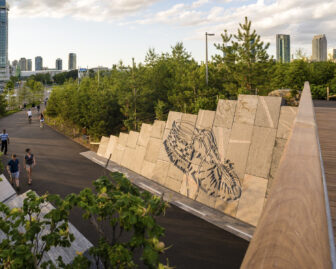 Trillium Park visitors can find a set of walkways that lead them around it and through a forest, an open meadow and past boulders and smaller rocks.

Kids come to the park with their parents and spend hours playing uninterrupted, Kehm said. They build objects, create things and even bring colors to paint the rocks.

The park is used for walking, jogging, cycling, dog walking and other passive recreational activities throughout the year, Berardi said.

Urban parks are more controlled, but Kehm prefers to let people control their own experiences.

“What I’m beginning to see happening is people beginning to shape it to their needs,” he said. “You create the table, and then people bring in the menu and begin to make things.”