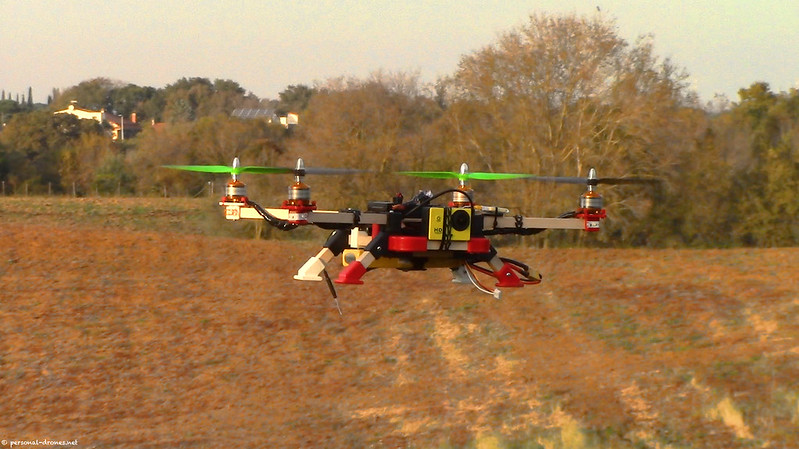 Many drone pilots who started a business to provide photo and video services to clients of all types now are specializing.

People who operate drones for profit traditionally have shot footage of a house in the morning and a wedding in the afternoon, according to Andrew Wolfe, the pilot-in-command of Drone Brothers, a Troy company that specializes in serving construction and real estate companies.

Anyone can buy a drone but to make money from it, the Federal Aviation Administration  requires pilots to receive certification, Wolfe said.

The improved quality of imagery from drone cameras has made demand rise across many sectors of the national economy, such as agriculture and infrastructure development, Wolfe said.

“When you zoom in on Google, you get to a certain level, it gets pixelated and you can’t really see clear images,” Wolfe said.

“With the drone, when you fly over a piece of land, it goes back and forth like a lawnmower and captures hundreds or thousands of pictures, and we use a specialized software to stitch those pictures together to give someone a bird’s-eye view of what that property looks like,” he said.

But the market viability for catch-all drone services may be fading away, he said.

“There are so many opportunities with the drones,” Wolfe said. “We kind of realized early that we really need to narrow down our focus.”

Kurtis Damerow, the owner of Emmet Drones in Petoskey, agrees that the market for all-services drone businesses is saturated.

“There is still some room, but the level of competition is huge,” he said. “If you’re looking to build a large business, you either have to know a lot of people or you’re going to have to hustle really, really hard.”

Damerow spent the past year in California learning how to map and inspect power lines for utility companies, a skill he hopes to bring back to Michigan.

Michigan’s utilities haven’t made drone inspections a priority yet, but services that companies like his  provide could be the norm within five years, Damerow said.

“At the end of the day, it helps them complete better inspections for less money. I think it’s a no-brainer,” he said.

The rate of advancement in technology requires specialization in the industry, Wolfe said.

“As time goes on, these drones are getting smarter and smarter, literally. Literally on a quarterly basis there’s new updates for software,” he said.

Drones collect so much data that it can quickly become overwhelming, said Corey Oeschger, who started Thumb Drone Works in Bay Port in 2012 with a majority of clients in agriculture.

“It’s getting kind of hard to keep up with it,” he said. “We try to stay on the cutting edge of technology with sensors and the drones themselves.”

Oeschger said he started the business hoping the drone would pay for itself.

“I thought ‘well, I could charge people for taking pictures of their farms,’” he said. “It kind of just went crazy from there.”

Drone technology has rapidly developed and is now transitioning from updates of the hardware itself to the software and accessories attached to drones, Oeschger said.

“I kind of had to make a choice a long time ago to keep up with the industrial technology, or go into taking neat pictures,” Oeschger said. “A friend of mind does the same thing. He’ll spend hours to take 200 pictures just for one good one, and I just don’t have the patience or the time for that.”

Drones are evolving at the rate computers did, which could cause the industry to grow exponentially, Oeschger said.

“The computer was the size of a building. Now obviously there are homes that have more computing power than the space shuttle,” he said.

As for drones, “They’re changing almost daily, the stuff that’s coming out software-wise. I’m looking forward to the next five to 10 years.”