How does one reel in readers with a courtroom mystery that deals with the world of fly fishing in Michigan?

For R. Charles McLravy, it was by using quick wit and intricate details.

McLravy, whose pen name is Charles Cutter, is an attorney and author from East Lansing, Michigan. His latest book in the Burr Lafayette Mystery series, “The Gray Drake” follows his protagonist as he delves deep into the world of fly fishing on Michigan’s Au Sable River. 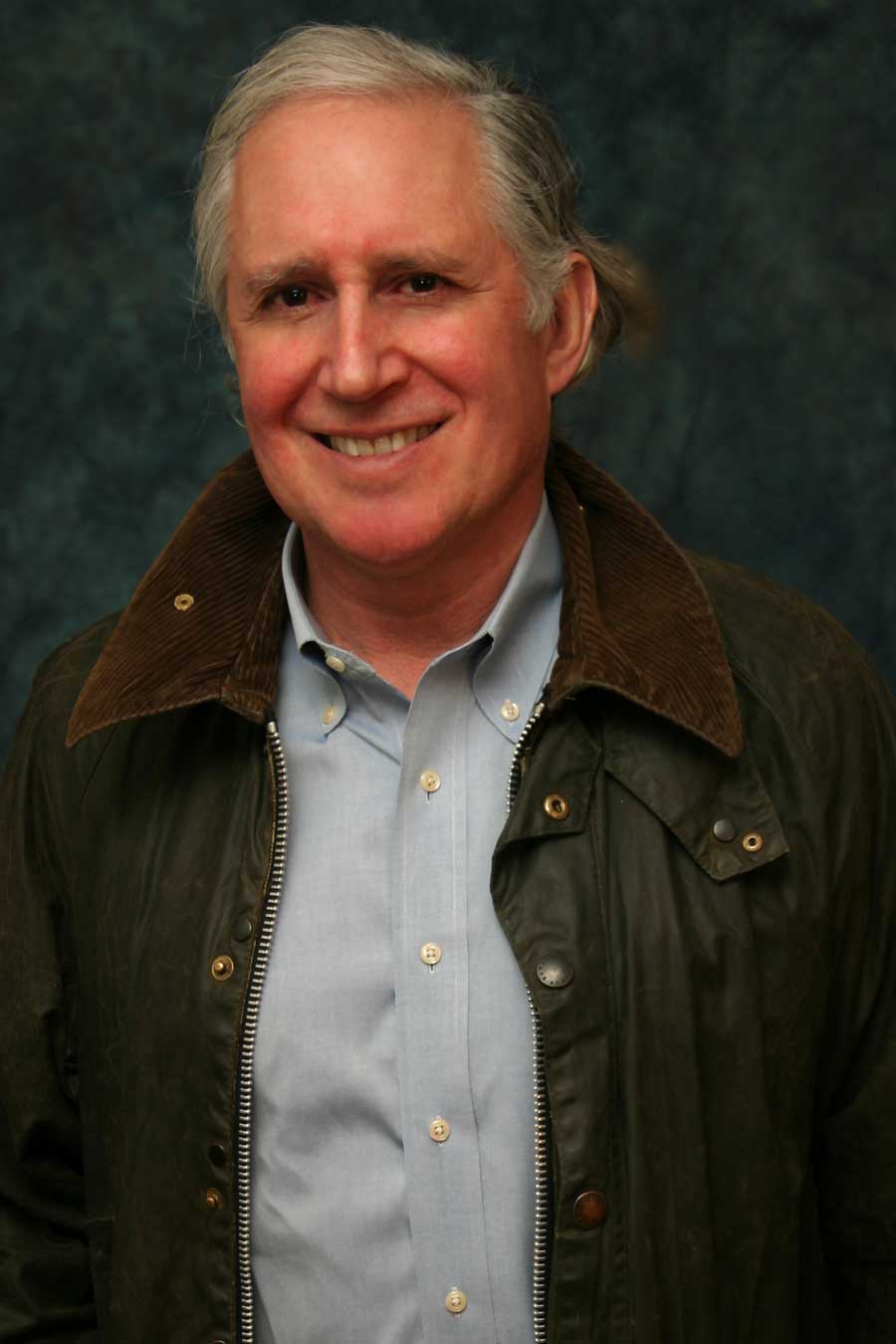 The book begins with the death of Quinn Shepard, a prominent fishing guide found at the bottom of the river with an anchor chain wrapped around his ankle. It is first ruled as an accidental death. But police arrest Shepard’s wife, Lizzie, a year later when evidence points to her murdering him.

Lafayette, an attorney who was removed as head of his law firm in Detroit, is asked by his current law partner to represent Lizzie Lafayette. He soon dives deep into a world filled with secrets, lies and fishing.

“It has some environmental themes but I wouldn’t call it an environmental mystery,” said McLravy, 68. “There are themes about oil exploration and the strict rules they have to follow.”

All three books in his series, “A Fool’s Errand,” “The Pink Pony” and “The Gray Drake” take place in the Michigan outdoors that McLravy loves. He is on the board of Pheasants Forever & Quail Forever, a member of Ducks Unlimited and The Little Traverse Conservancy. While he said he’s not a fly fishing expert, he is more knowledgeable than the average person.

David Waymire, a board member of the fly fishing group Anglers of the Au Sable, appreciates the idea of making fly fishing more accessible by putting it into a murder mystery.

The sport started in the 15th century by members of the English upper middle class.

It is better when more people visit and learn how to love the river, he said. Fly fishing is predominately a wealthier people activity, so it would be great to make it more accessible.

And McLravy provides an entry for mystery lovers. While the mystery is fresh and will keep readers guessing, the real brilliance of the story comes from his ability to weave in complex subjects like fly fishing and oil exploration and explain it in a way that the readers can understand. Even the courtroom scenes are depicted like a real case without sacrificing plot for accuracy.

“There’s a lot of outdoors in the book,” McLravy said. “The river and outdoors are a big character in the book.”

Readers will notice Michigan landmarks throughout the book. The Gray Drake, the lodge where the book takes place, is loosely based off of the North Branch Outing Club and the Gates Au Sable Lodge in Grayling. McLravy stayed at both to research the book.

McLravy spent a lot of time doing research at the lodge and talking to other fly fishers. He even took a tour down the Au Sable River to see the river he was about to write about.

“There’s these long, skinny boats called Au Sable boats that are great for going down the river,” McLravy said.

It was the coolest thing he ever had seen and made him want to come up with an idea surrounding the river boat, he said. He then booked a tour with a local fly fishing guide from Gates Lodge, who was surprised to find out that he didn’t want to be taken down the river to fish, but to do research for his book.

“Any time you want to stop to fish, you can’t throw an anchor down because it will get snagged on trees and roots,” McLravy said. “So they have this big link chain that they drop over the side so it drags along and stops the boat. The first time I saw that, I knew that was how my character was going to get murdered.”

McLravy said right then he knew what the story was going to be, even if he didn’t have all the characters and motivations flushed out yet. Thankful for the guide, McLravy even named the character “Josh” after him.

Lafayette, who is McLravy’s recurring protagonist, is not a fly fishing expert and must learn about it to defend his client. McLravy compared Lafayette learning about fly fishing to learning how to write. Sometimes a person has to immerse themselves into a world they don’t fully understand in order tell the story you need conveyed, he said.

“[Lafayette] is the idiot savant of law,” McLravy said. “He’s a really good lawyer, but the rest of his life is a mess.”

People ask if Lafayette is based on himself, McLravy said. There may be some parallels, but all the characters are made up. Being a writer means taking composites of life experiences and characteristics of people you know and putting them into this new world, he said.

“If you like Michigan, you’ll like this book,” McLravy said. “The whole thing takes place in Michigan and is about fly fishing in the Au Sable River and the woods are dear to a lot of people’s hearts.”

The book is mostly entertainment, a fun piece to read about a state he loves, he said. His first editor didn’t understand the card game euchre and kept removing it from the book. McLravy wouldn’t let him, because he knew that people in Michigan would know euchre. It was important to him to keep to the Michigan spirit, because this book is Michigan, he said.

After retiring from being an attorney, McLravy worked for a big advertisement firm in Chicago and was the account executive for the bug sprays “Raid” and “Off.” He then moved back to Michigan and bought a radio station in St. Johns. He then started to buy old radio and TV stations that he would renovate and then resell.

Yet, he said he felt a need to get some things out, so he turned to writing.

His mom was a big influence, he said. She pushed him to read while he grew up and then later in life to start writing.

McLravy is writing the fourth book in the series, which will focus on the Sleeping Bear Dunes and a controversy that surrounded it in the 1980s.

McLravy’s books are sold on Amazon, local bookstores and several fly fishing shops throughout the state. The book cost $16.95 for paperback.