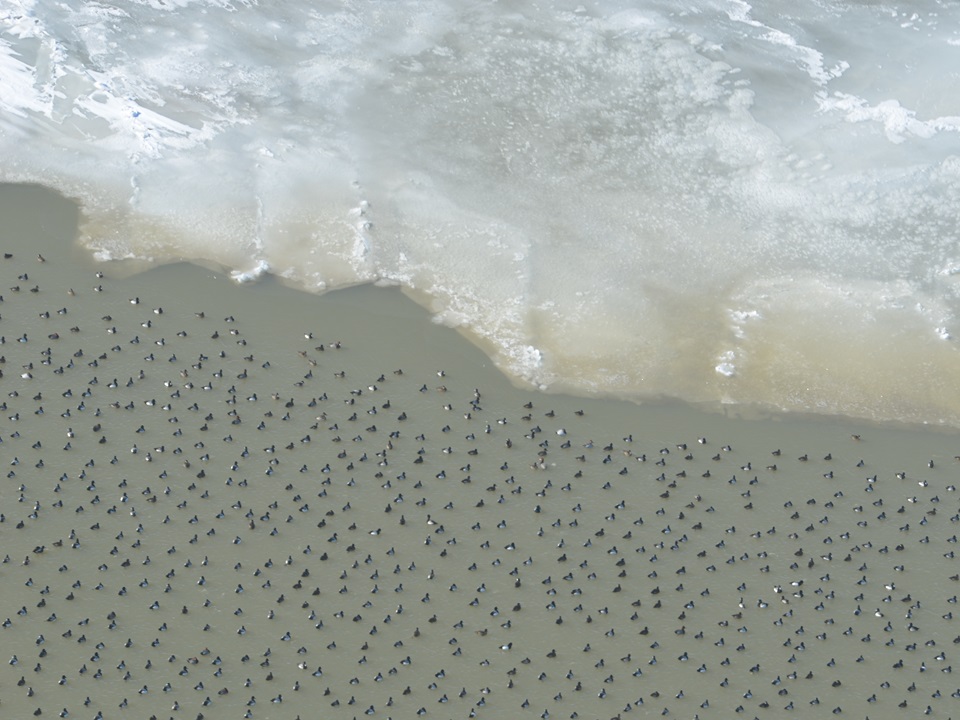 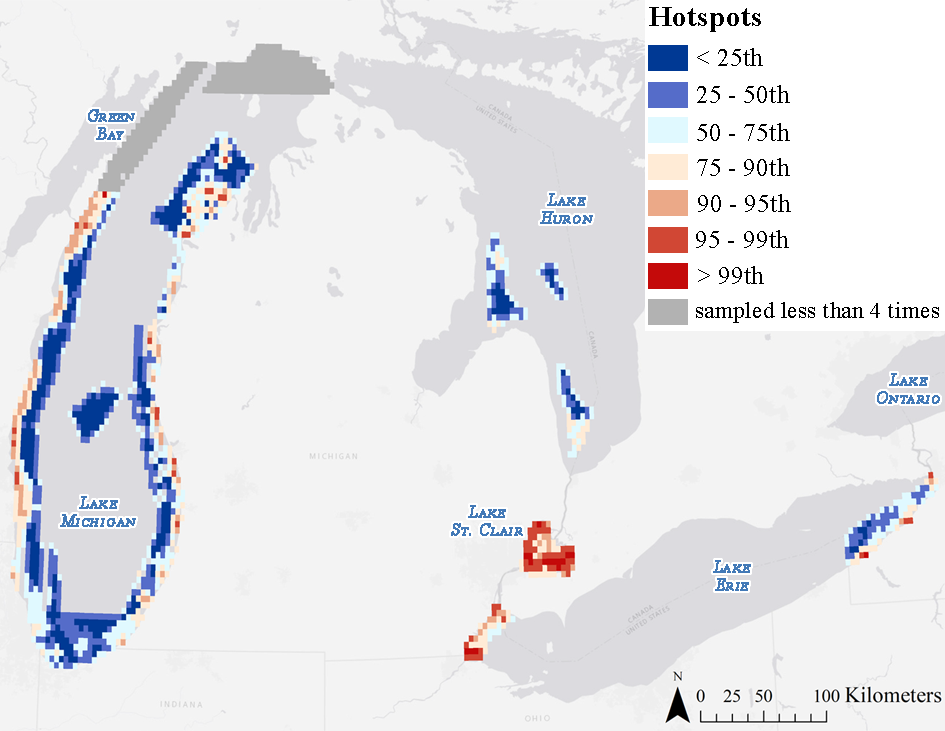 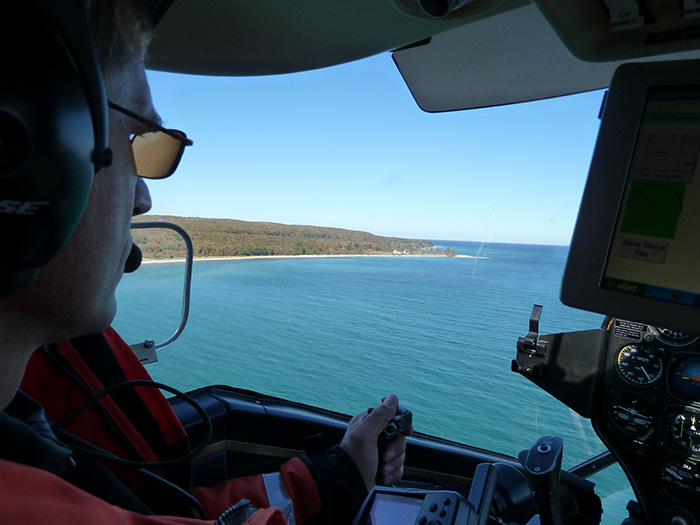 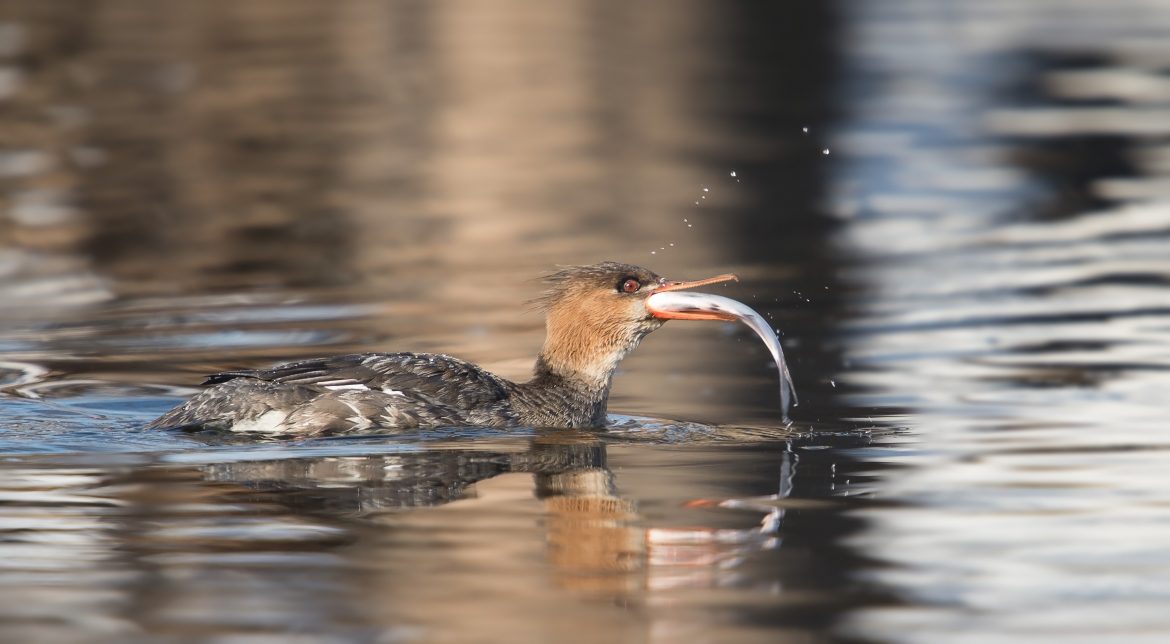 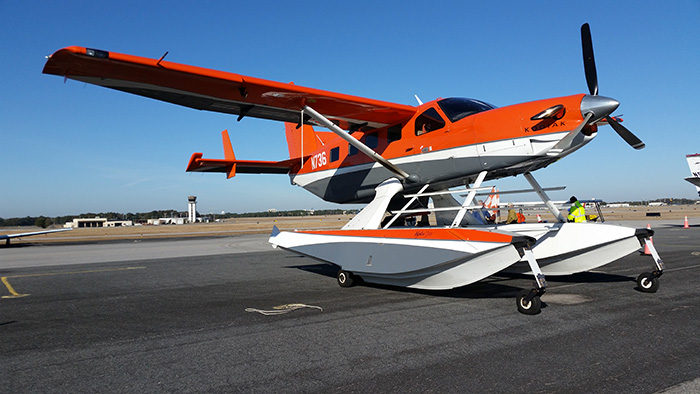 Birds of a feather flock together and Allison Sussman wants to make sure it stays that way.

“Offshore development is becoming more popular,” said Sussman, a wildlife biologist for Patuxent Wildlife Research Center in Maryland. That could mean anything from housing developments to resorts to wind farms, she said.

“That can have huge impacts on where birds are able to go.”

Researchers counted more than 2 million birds representing 76 species in the Great Lakes to find out just where that is, Sussman said.

Their paper, “A comparative analysis of common methods to identify waterbird hotspots,” was published in the British Ecological Society’s Journal of Methods in Ecology and Evolution last May.

Not all methods of identifying bird hotspots lead to the same conclusions, Sussman said.

“The collaboration was led by researchers at the Great Lakes Commission,” Zipkin said.

Researchers may produce different results depending on how a hotspot is defined, according to the study.

This is a problem because not all hotspots can be protected from habitat loss, Sussman said. Scientists need to agree on important hotspot locations so they can prioritize their protection.

“We don’t have unlimited funds,” Sussman said. “One area might be more important than another, so we have to identify that difference, and put our efforts and funds into that area.”

The paper suggests combining the results of multiple methods to identify the most valuable hotspots, Zipkin said.

Not protecting these hotspots would mean interfering with one of the world’s greatest migrations, according to Leonardo Salas, a quantitative ecologist for Point Blue Conservation Science who did data management for the study.

“The biggest migration highway is in the Midwest,” Salas said. “So, the Great Lakes are a very important resource for waterfowl.”

It’s important to be familiar with migration routes to make sure birds aren’t harmed by an ever-increasing number of wind farms, he said.

“The Midwest is the Saudi Arabia of wind energy,” Salas said. “If we’re going to place wind farms here, where do we put them?”

Studies like this one will help make sure wind farms aren’t built where birds often pass, he said.

There are many reasons why waterbird hotspots are important, said Francesca Cuthbert, professor in the Department of Fisheries, Wildlife and Conservation Biology at the University of Minnesota.

“The National Oceanic and Atmospheric Administration has requested information from me on waterbird breeding sites to prepare quick response action for oil or other contaminant spills,” she said.

Another big issue is the placement of city lights that draw birds to large glass fronted buildings, Cuthbert said. “Knowing where and when these locations are hotspots allows planners to use bird friendly glass or to regulate use of lights when the highest numbers are passing through in order to reduce bird strikes and death at these buildings.”

This study is important to lessen impacts on birds while achieving goals and continuing development, said Rick Westerhof, a fishery biologist and funding coordinator for the Great Lakes Fish and Wildlife Restoration Act grants program.

“This information is important for identifying areas needing protection and to ensure compatibility of use and development with conservation goals,” said Farquhar, who chairs the U.S. Fish and Wildlife group that funded the project.

Conserving now is easier than making up for it later, he said.

“It’s much easier to maintain than to build.”

Another recent study published by the journal Science says bird populations in the U.S. and Canada have fallen by 29 percent since 1970, Farquhar said. That’s 2.9 billion fewer birds than 50 years ago.

“The number of species are in decline for a lot of reasons,” he said. “But they’re mostly struggling because of habitat loss.

“We need to identify the areas that are most important and undertake protective measures.”